Why Men Leave Home (aka Secrets of Beauty) 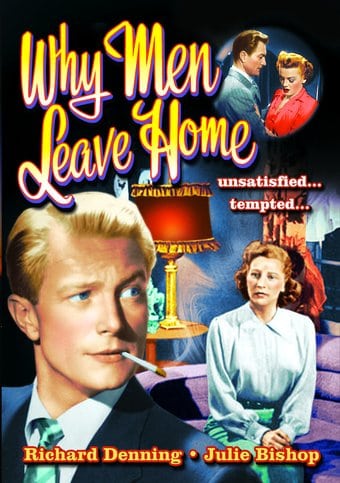 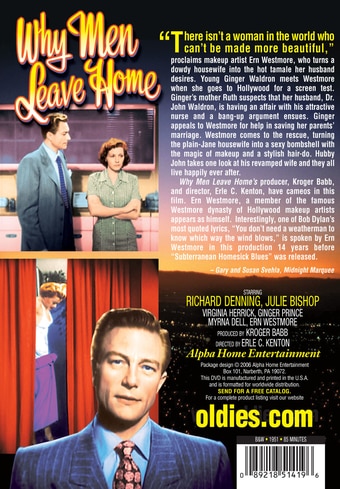 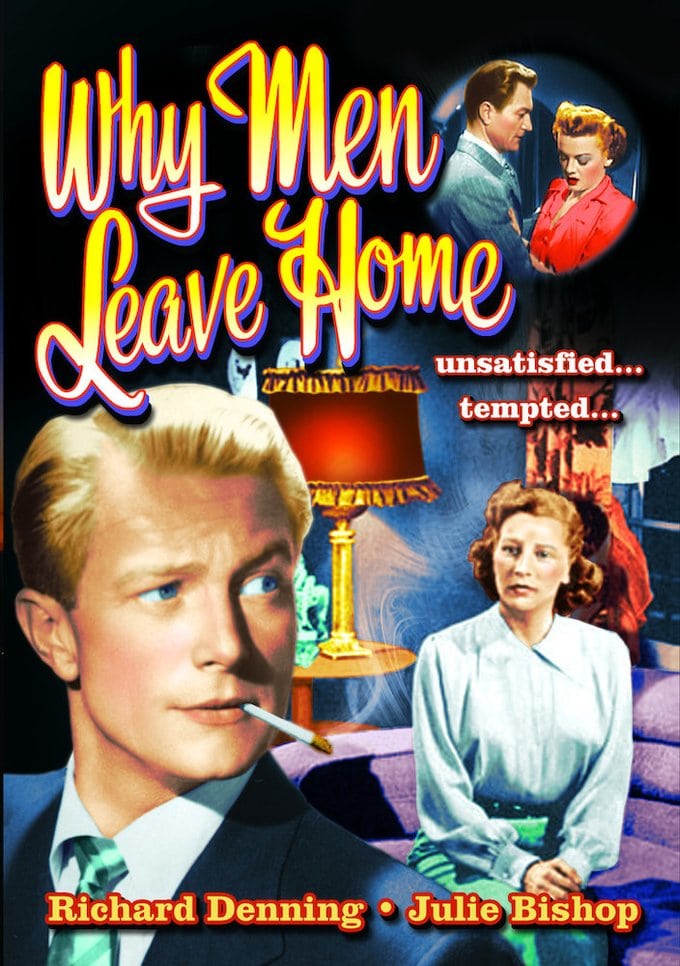 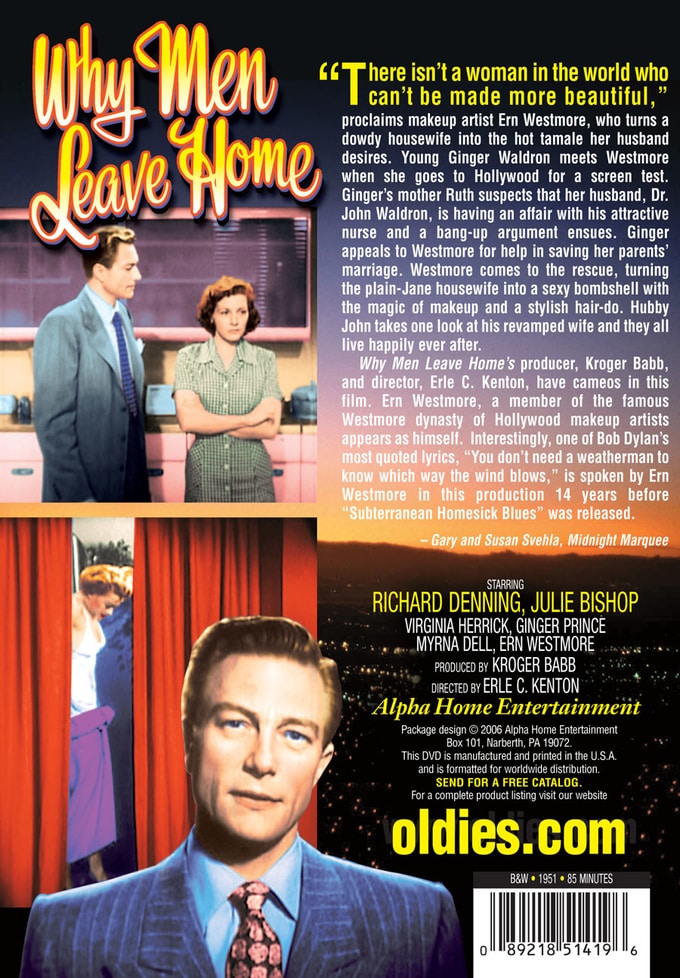 "There isn't a woman in the world who can't be made more beautiful," proclaims makeup artist Ern Westmore, who turns a dowdy housewife into the hot tamale her husband desires. Young Ginger Waldron meets Westmore when she goes to Hollywood for a screen test. Ginger's mother Ruth suspects that her husband, Dr. John Waldron, is having an affair with his attractive nurse and a bang-up argument ensues. Ginger appeals to Westmore for help in saving her parents' marriage. Westmore comes to the rescue, turning the plain-Jane housewife into a sexy bombshell with the magic of makeup and a stylish hair-do. Hubby John takes one look at his revamped wife and they all live happily ever after.

Why Men Leave Home's producer, Kroger Babb, and director, Erle C. Kenton, have cameos in this film. Ern Westmore, a member of the famous Westmore dynasty of Hollywood makeup artists appears as himself. Interestingly, one of Bob Dylan's most quoted lyrics, "You don't need a weatherman to know which way the wind blows," is spoken by Ern Westmore in this production 14 years before "Subterranean Homesick Blues" was released.