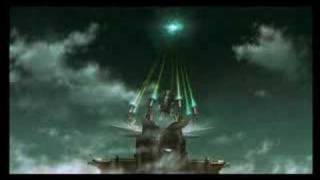 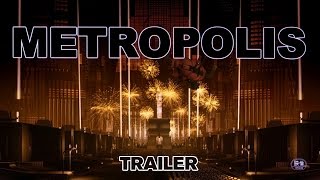 This animated Japanese film from Rintaro (X) and Katsuhiro Otomo (AKIRA), based on the 1949 manga by Osamu Tezuka, takes place in the futuristic city of Metropolis. A struggle between the robots and the human population of the city, who once coexisted peacefully, has now exploded into a violent revolution. An investigation conducted by private detective Shunsaku Ban and his nephew Kenichi leads to an outlaw scientist named Dr. Laughton. The scientist was hired by the ruler of Metropolis, Duke Red, to create a superhuman robot-girl, Tima, to succeed him as the next ruler of Metropolis. However, Duke Red's jealous bastard son, the Rock of Marduk, cannot stand the idea of a robot taking the throne and he sets out to destroy Tima. What ensues is a frantic race as Kenichi and Tima flee the Rock through the underground tunnels, dilapidated alleys, and skyscraping towers (called the Ziggurat) of Metropolis, aided by a nurturing trash-collecting robot, Fifi.

Combining classic cartoon drawing with modern computer animation techniques, METROPOLIS plays on the sharp contrast between flat, round characters, and deep, undulating, digital backgrounds. A blimp-submarine vessel roves through Metropolis, sometimes propelled through a watery medium, other times gliding on a monorail or floating through mid-air. The detail of the city's decor is breathtaking, from the moldings and colorful facades of the momentous buildings to the shiny marble floors and leather furnishings of some of the city's sleek interiors. A New Orleans jazz soundtrack adds an element of playful mystique to the film, though the blaring rendition of "I Can't Stop Loving You" that plays as the towers come crashing to the ground in the hellish apocalyptic finale only enhances the shocking, warlike chill that permeates the film.

Ghost in the Shell 2: Innocence
$27.50 Super Savings
Add to Cart