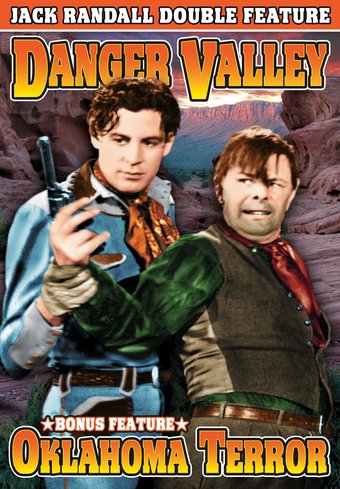 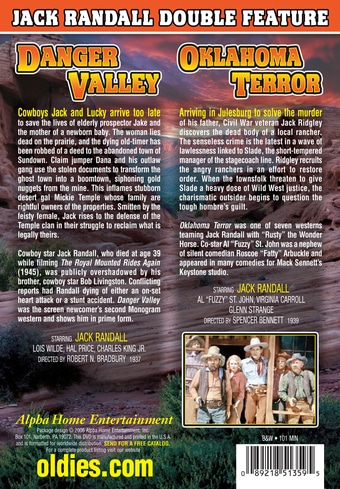 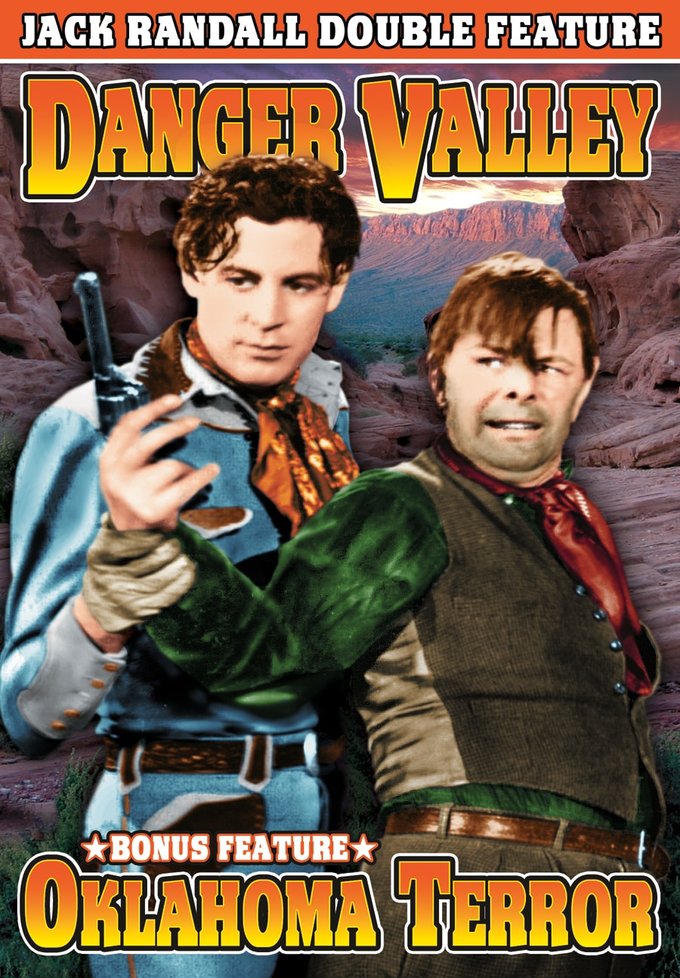 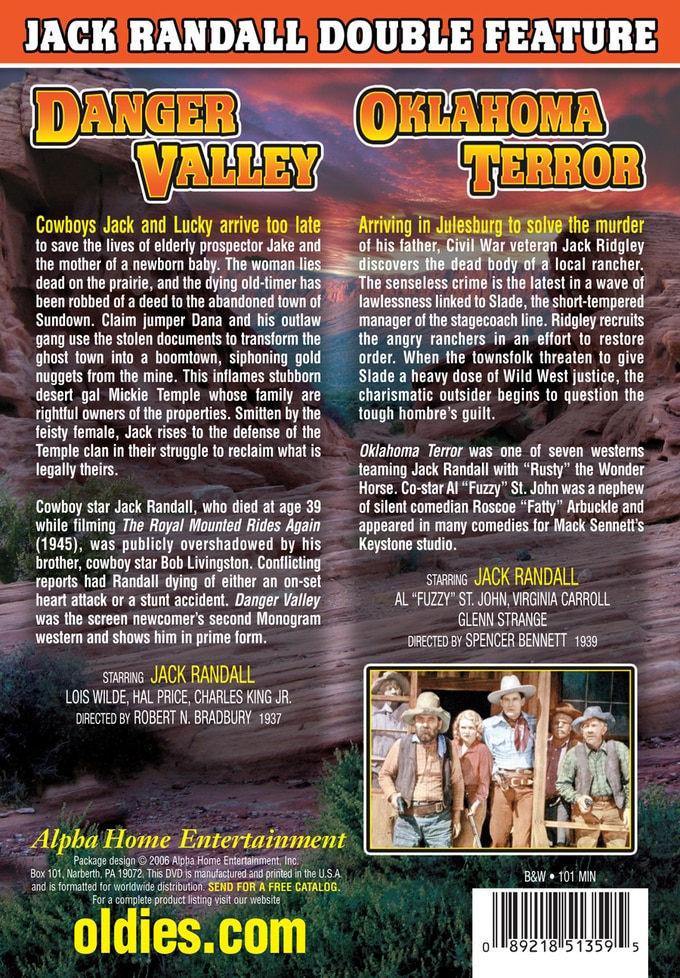 Danger Valley (1937, B&W): Cowboys Jack and Lucky arrive too late to save the lives of elderly prospector Jake and the mother of a newborn baby. The woman lies dead on the prairie, and the dying old-timer has been robbed of a deed to the abandoned town of Sundown. Claim jumper Dana and his outlaw gang use the stolen documents to transform the ghost town into a boomtown, siphoning gold nuggets from the mine. This inflames stubborn desert gal Mickie Temple whose family are rightful owners of the properties. Smitten by the feisty female, Jack rises to the defense of the Temple clan in their struggle to reclaim what is legally theirs.

Oklahoma Terror (1939, B&W): Arriving in Julesburg to solve the murder of his father, Civil War veteran Jack Ridgley discovers the dead body of a local rancher. The senseless crime is the latest in a wave of lawlessness linked to Slade, the short-tempered manager of the stagecoach line. Ridgley recruits the angry ranchers in an effort to restore order. When the townsfolk threaten to give Slade a heavy dose of Wild West justice, the charismatic outsider begins to question the tough hombre's guilt.