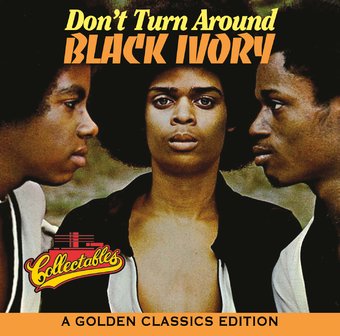 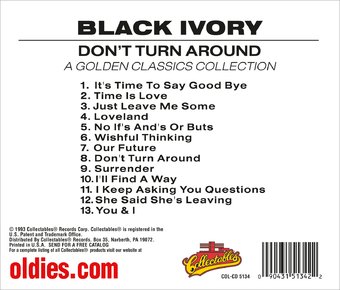 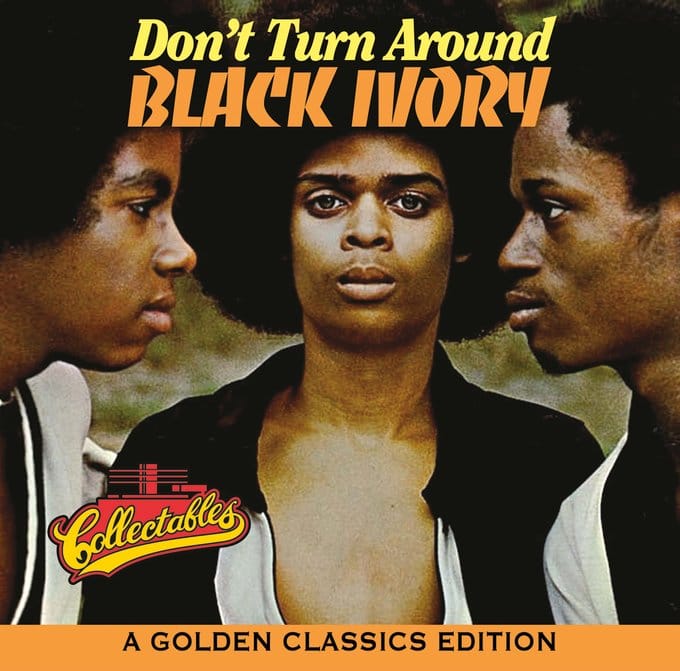 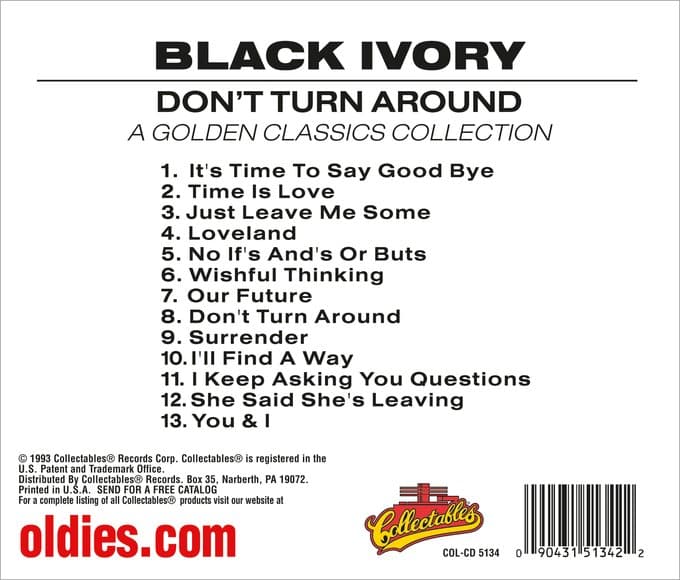 Black Ivory never went gold, but their recordings were as solid as the ivory in their name. The group originally started out as The Mellow Sounds and changed their name when they were signed to Today Records. Known for their uptempo tunes as well as their ballads, Black Ivory is shown to their greatest advantage in this classics collection.

2 LPs on 1 CD.
Includes liner notes by A. Scott Galloway.
Liner Note Author: A. Scott Galloway.
This New York City group attained a strong following in the '70s and were one of the best falsetto-led groups proficient in ballads. This 1993 set compiles tracks from their first two albums, both released in 1972. Unlike the Phil Perry-led Montclairs, who often seemed on the verge of nervous collapse, Black Ivory were a little more poised and polished. Despite the level of skill of Leroy Burgess' falsetto, and the close harmonies of Stuart Bascombe and Russell Patterson, the group was patently hit or miss. "Don't Turn Around" and "Time Is Love" both exemplify the sweetness and haunting sound of the group. The phenomenal self-pity classic "I'll Find a Way" has the great and funny lyric "I'm the loneliest man in town." Not surprisingly, this has its fair share of duds. Tracks "Wishful Thinking," "Loveland," and "I Keep Asking You Questions" are well sung but faceless. The odd "Our Future" doesn't even feature singing, but "supercool" conversation that was an unfortunate given for most R&B groups in the early '70s. For fans, all of these songs and more are known, but this set also includes something different. The group's best-known song, "You & I," shows up here in a newer version with telltale late-'80s synths. While not as strong as the original, it won't make a fan snap the CD in two. Like many '90s Golden Classics releases, this isn't a greatest-hits collection but rather one of individual album efforts. Regardless what the title is, this is worth picking up. ~ Jason Elias

The Delfonics
La-La Means I Love You: The Definitive Collection
$8.20
Add to Cart

40%off
The Controllers
Golden Classics
$8.98 on Sale
Add to Cart