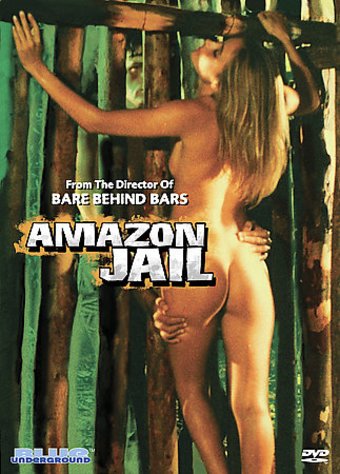 Deep in the Amazon jungle, a group of nubile naifs are trapped in a primitive prison by whip-cracking white slavers who aren't above sampling the merchandise themselves. But these hothouse flowers aren't about to be plucked, and the girls go native - only to fall into the hands of a perverted priest whose followers just love a woman in war paint! Caught between brutal bounty hunters and the holy man's horny henchmen, it's a battle of wits, weapons, and feminine wiles as the desperate damsels trade it all to escape this poison paradise alive! Director Oswaldo De Oliveira (BARE BEHIND BARS) brings us this exotic twist on the woman-in-prison genre, with salacious sleazeballs Sergio Hingst (AWAKENING OF THE BEAST) and Joao Paulo Ramalho (PERVERSION, HELLISH FLESH) pursuing some of Brazil's sexiest starlets