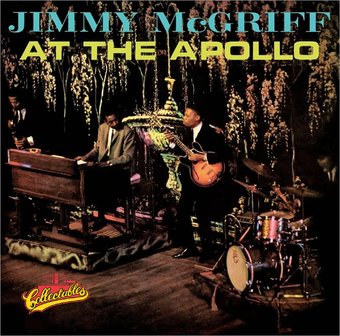 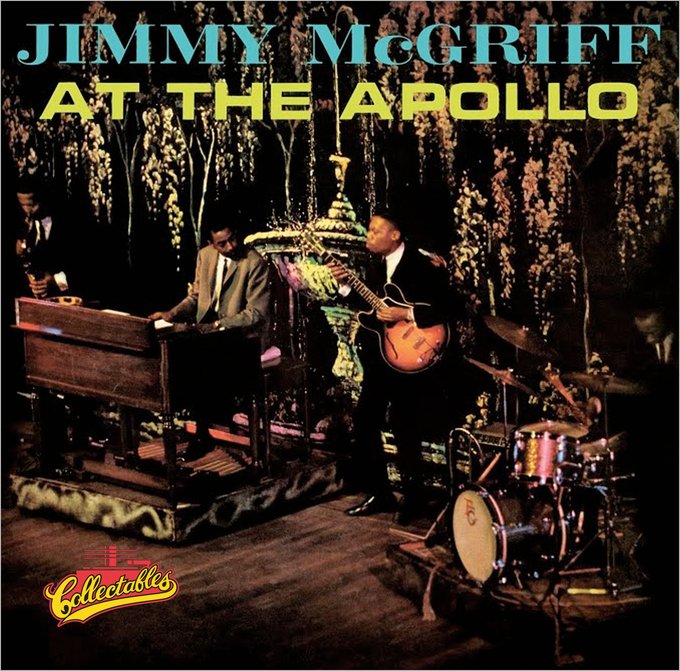 A hot and jazzy live set recorded at Harlem's legendary Apollo Theater by that master of the soulful organ, Jimmy McGriff.

Includes liner notes by Les Fleischer.
Personnel: Jimmy McGriff (organ); Larry Frazier (guitar); Rudolph Johnson (tenor saxophone).
Recording information: Apollo Theatre, New York, NY (1963).
This live set by Hammond B-3 master Jimmy McGriff was released quite early in his career, but bears all the hallmarks of the organist's soul-jazz aesthetic. Saxophonist Rudoph Johnson, guitarist Larry Frazier, and drummer Willie Jenkins lend taut support to McGriff's swirling chords and bluesy solos, but are not above stepping into the spotlight now and then (Johnson, in particular, has some shining moments).
Of course, the real star of the show is McGriff, whose Hammond lines come across as smooth as butter and as thick as syrup. A sprightly take on the standard "There'll Never Be Another You" opens the album, offset by the mood-shifting "We Four," and two McGriff originals that cook with cool, bluesy ferocity. McGriff plays closer to blues roots than most of his soul-jazz brethren, and the lack of overt jazz flavors brings the whole show even further down-home, making AT THE APOLLO accessible, straightforward, and fun.

54%off
Jimmy McGriff
Toast To Golden Classics
$5.98
Add to Cart