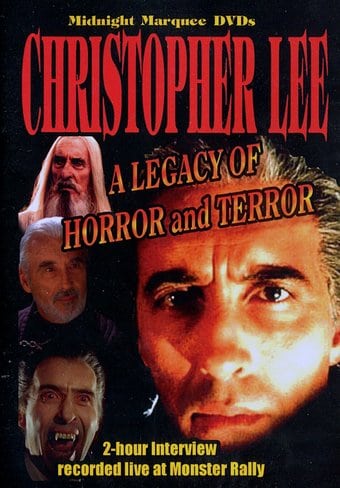 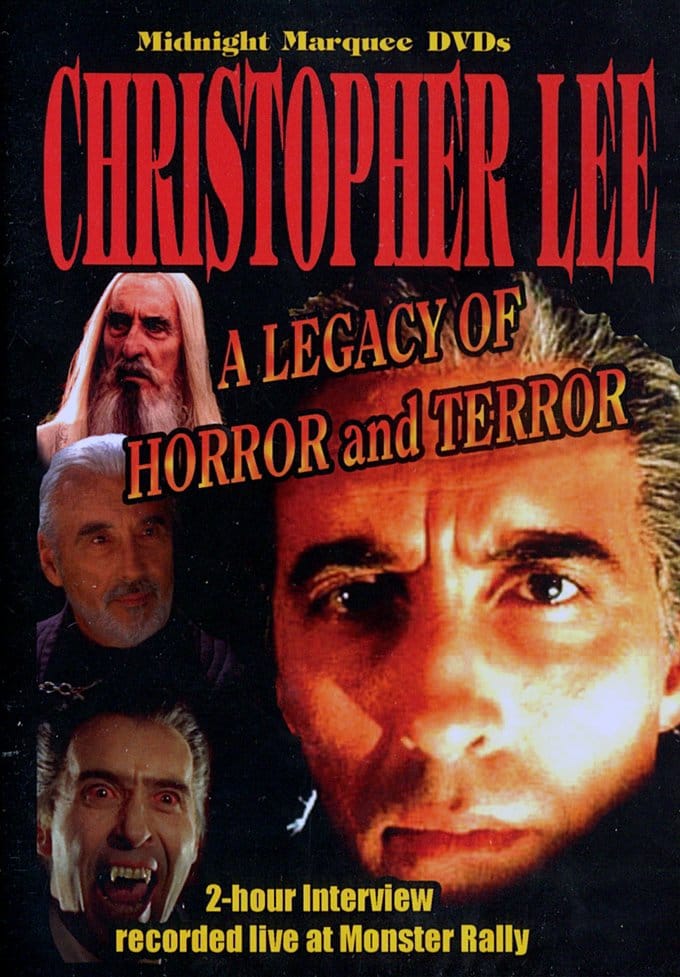 In 1999 Midnight Marquee Press, Inc. published Christopher Lee?s, U.S. edition of his autobiography, Tall, Dark and Gruesome. We arranged for Mr. Lee to attend our film convention Monster Rally (Really FANEX 13), held in Crystal City?Arlington, Virginia, USA. Christopher Lee was everything we expected and more. He was regal, tall, handsome and refined. But he was also warm and charming with his many fans who showed up at Monster Rally, shaking the hand of everyone in line and posing for photos for literally hours on end. One can never forget the sight of many grown men coming out of the book signing with their precious autographed book clutched in their trembling hands?and more than a few had a tear in their eye.

Mr. Lee was scheduled to speak for an hour on Sunday. The ballroom seated over 1,000 people and was standing room only. He spoke for well over an hour and a half to an enthralled audience. We hope Mr. Lee will always remember Monster Rally and the effect that his work and his very presence had on his many loyal fans who grew up with Hammer Films and Christopher Lee and Peter Cushing.
This product is made-on-demand by the manufacturer using DVD-R recordable media. Almost all DVD players can play DVD-Rs (except for some older models made before 2000) - please consult your owner's manual for formats compatible with your player. These DVD-Rs may not play on all computers or DVD player/recorders. To address this, the manufacturer recommends viewing this product on a DVD player that does not have recording capability.