Anatomy of a Psycho

A maniacal killer seeks revenge after his brother is sent to the gas chamber. 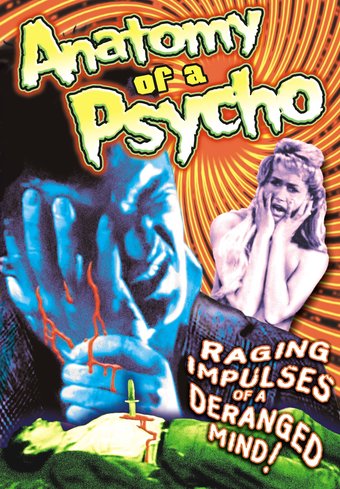 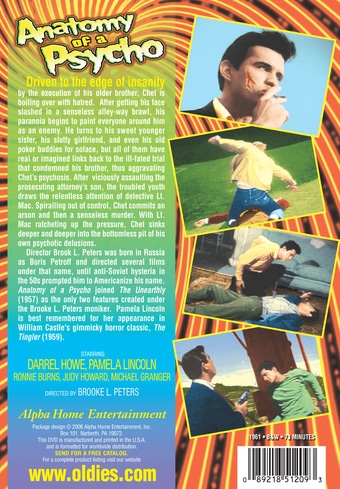 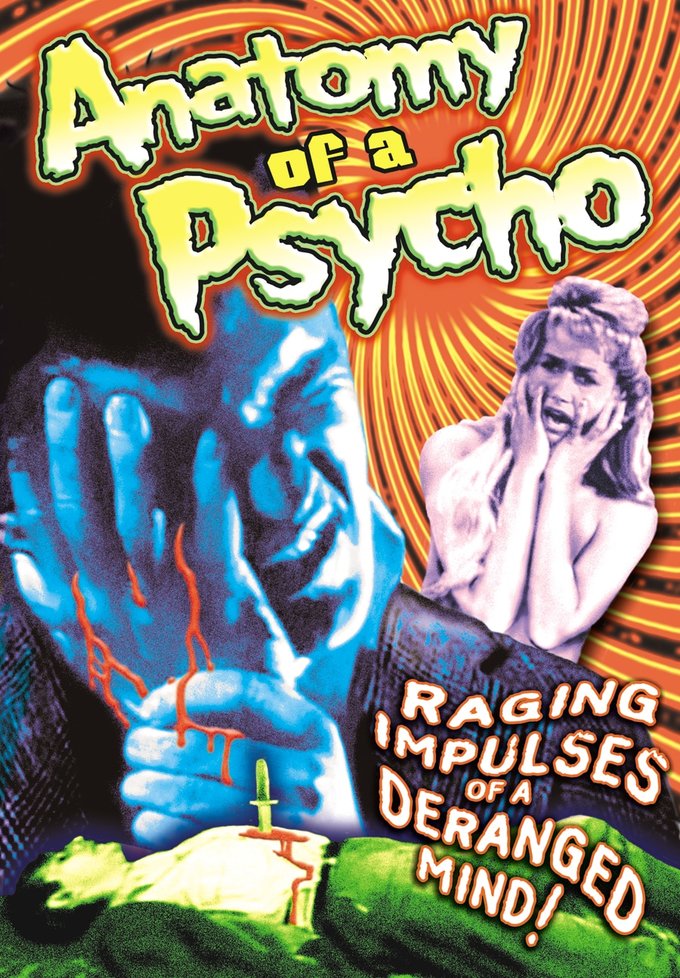 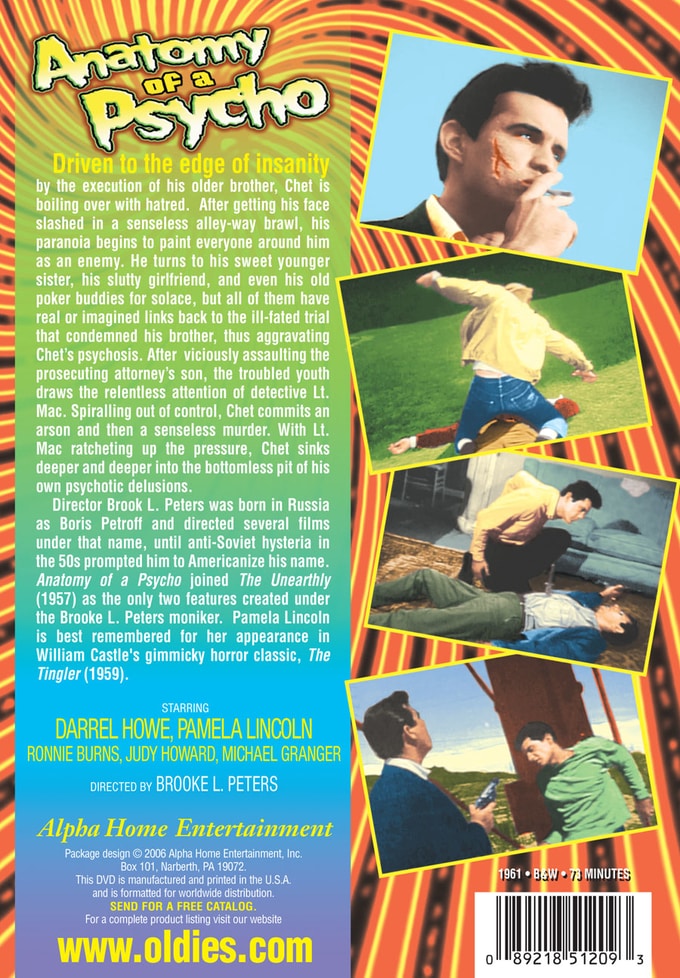 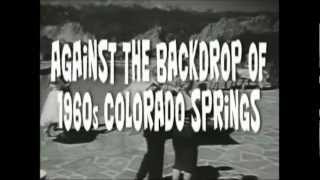 Driven to the edge of insanity by the execution of his older brother, Chet is boiling over with hatred. After getting his face slashed in a senseless alley-way brawl, his paranoia begins to paint everyone around him as an enemy. He turns to his sweet younger sister, his slutty girlfriend, and even his old poker buddies for solace, but all of them have real or imagined links back to the ill-fated trial that condemned his brother, thus aggravating Chet's psychosis. After viciously assaulting the prosecuting attorney's son, the troubled youth draws the relentless attention of detective Lt. Mac. Spiralling out of control, Chet commits an arson and then a senseless murder. With Lt. Mac ratcheting up the pressure, Chet sinks deeper and deeper into the bottomless pit of his own psychotic delusions.

Director Brook L. Peters was born in Russia as Boris Petroff and directed several films under that name, until anti-Soviet hysteria in the 50s prompted him to Americanize his name. Anatomy of a Psycho joined The Unearthly (1957) as the only two features created under the Brooke L. Peters moniker. Pamela Lincoln is best remembered for her appearance in William Castle's gimmicky horror classic, The Tingler (1959).

When a psycho is sent to the gas chamber, his cracked little brother and trashy girlfriend decide to take revenge on the system. Starring the son of George and Gracie.