Tarzan and the Golden Lion (Silent) 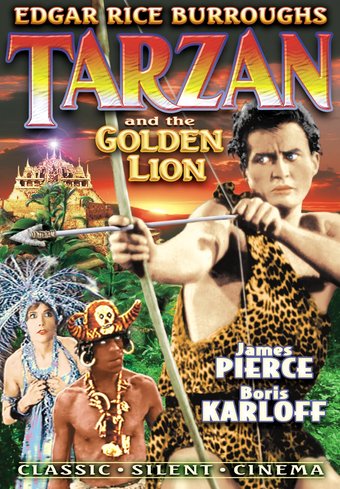 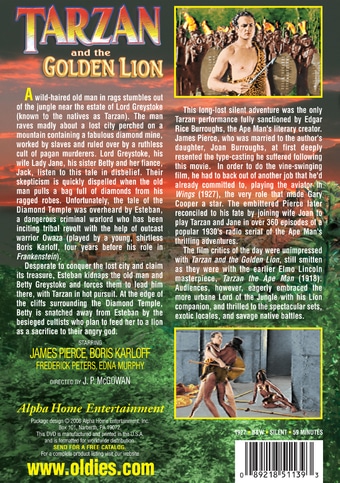 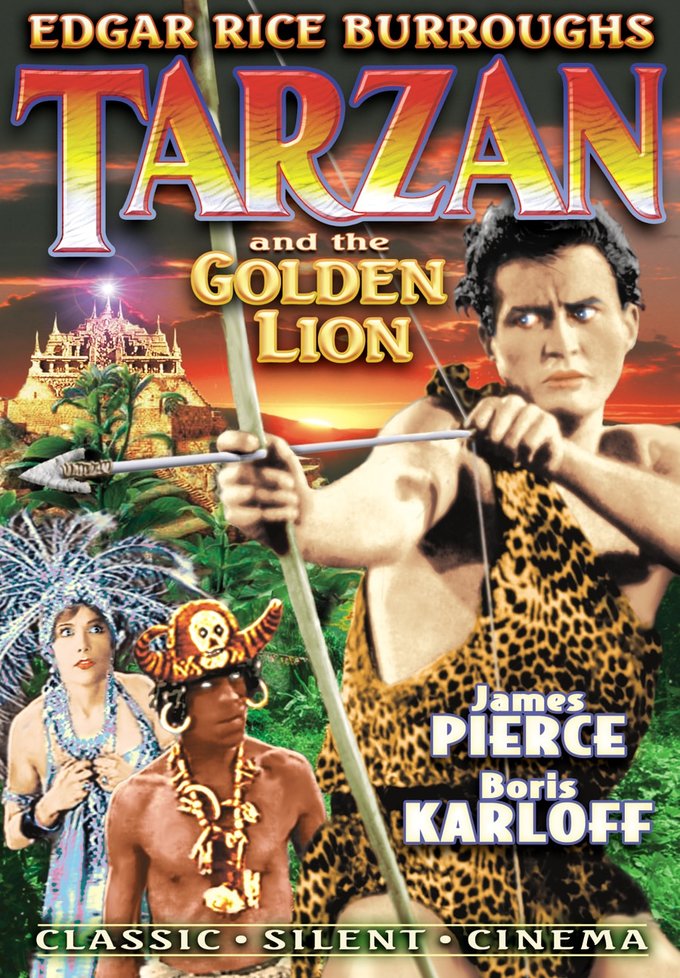 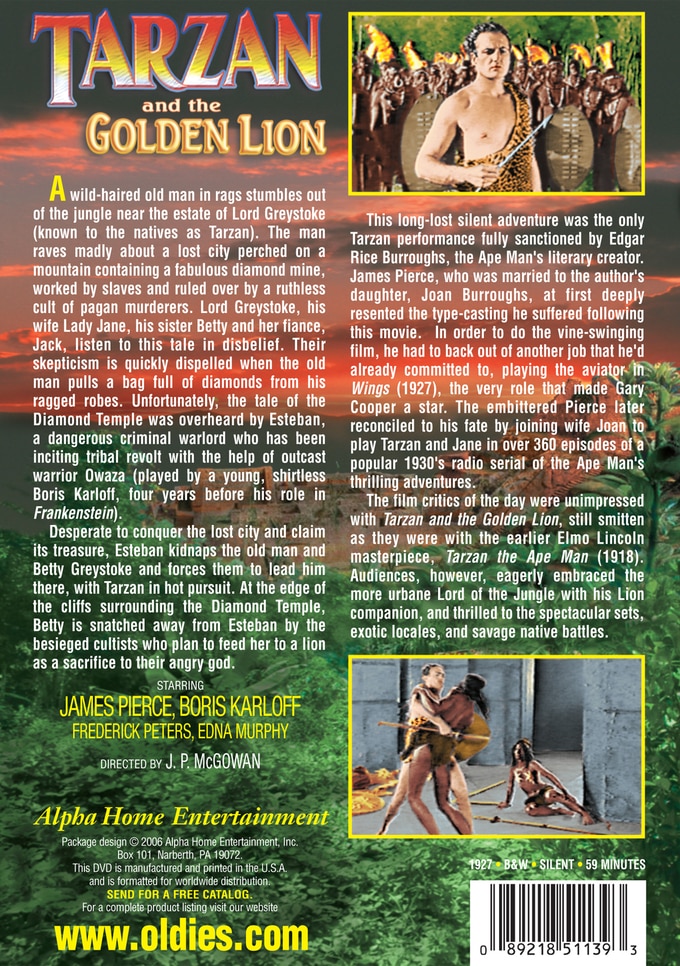 A wild-haired old man in rags stumbles out of the jungle near the estate of Lord Greystoke (known to the natives as Tarzan). The man raves madly about a lost city perched on a mountain containing a fabulous diamond mine, worked by slaves and ruled over by a ruthless cult of pagan murderers. Lord Greystoke, his wife Lady Jane, his sister Betty and her fiance, Jack, listen to this tale in disbelief. Their skepticism is quickly dispelled when the old man pulls a bag full of diamonds from his ragged robes. Unfortunately, the tale of the Diamond Temple was overheard by Esteban, a dangerous criminal warlord who has been inciting tribal revolt with the help of outcast warrior Owaza (played by a young, shirtless Boris Karloff, four years before his role in Frankenstein).

Desperate to conquer the lost city and claim its treasure, Esteban kidnaps the old man and Betty Greystoke and forces them to lead him there, with Tarzan in hot pursuit. At the edge of the cliffs surrounding the Diamond Temple, Betty is snatched away from Esteban by the besieged cultists who plan to feed her to a lion as a sacrifice to their angry god.

This long-lost silent adventure was the only Tarzan performance fully sanctioned by Edgar Rice Burroughs, the Ape Man's literary creator. James Pierce, who was married to the author's daughter, Joan Burroughs, at first deeply resented the type-casting he suffered following this movie. In order to do the vine-swinging film, he had to back out of another job that he'd already committed to, playing the aviator in Wings (1927), the very role that made Gary Cooper a star. The embittered Pierce later reconciled to his fate by joining wife Joan to play Tarzan and Jane in over 360 episodes of a popular 1930's radio serial of the Ape Man's thrilling adventures.

The film critics of the day were unimpressed with Tarzan and the Golden Lion, still smitten as they were with the earlier Elmo Lincoln masterpiece, Tarzan the Ape Man (1918). Audiences, however, eagerly embraced the more urbane Lord of the Jungle with his Lion companion, and thrilled to the spectacular sets, exotic locales, and savage native battles.

This silent adaptation of Edgar Rice Burroughs's classic stars Burroughs's son-in-law, James Pierce, as Tarzan. A lion cub that Tarzan and Jane raise from infancy helps to find a diamond city, and eventually to save Jane from becoming a religious sacrifice!

Action | Silent | Jungle | Silent Cinema | Silent Films
This product is made-on-demand by the manufacturer using DVD-R recordable media. Almost all DVD players can play DVD-Rs (except for some older models made before 2000) - please consult your owner's manual for formats compatible with your player. These DVD-Rs may not play on all computers or DVD player/recorders. To address this, the manufacturer recommends viewing this product on a DVD player that does not have recording capability.