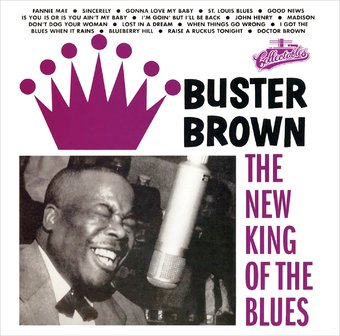 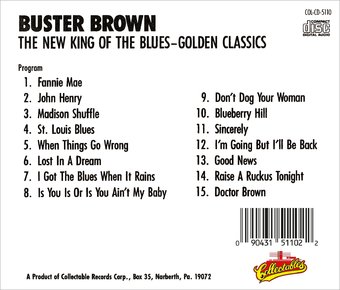 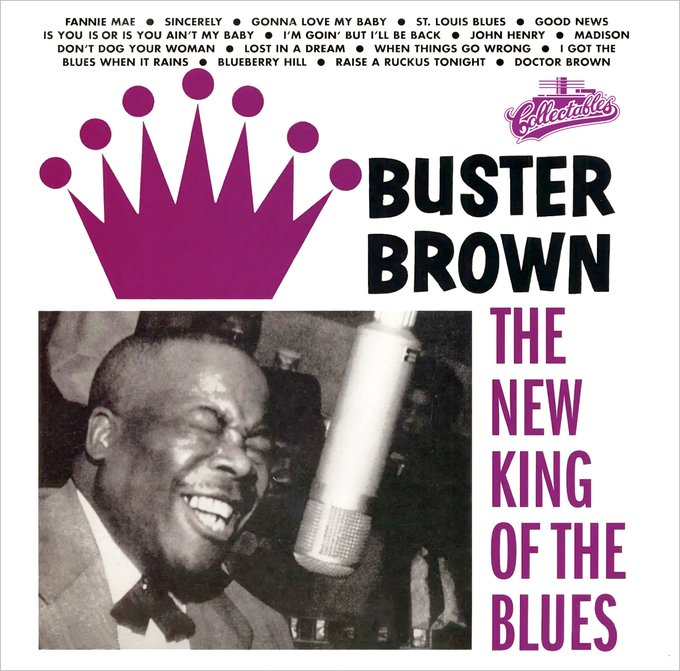 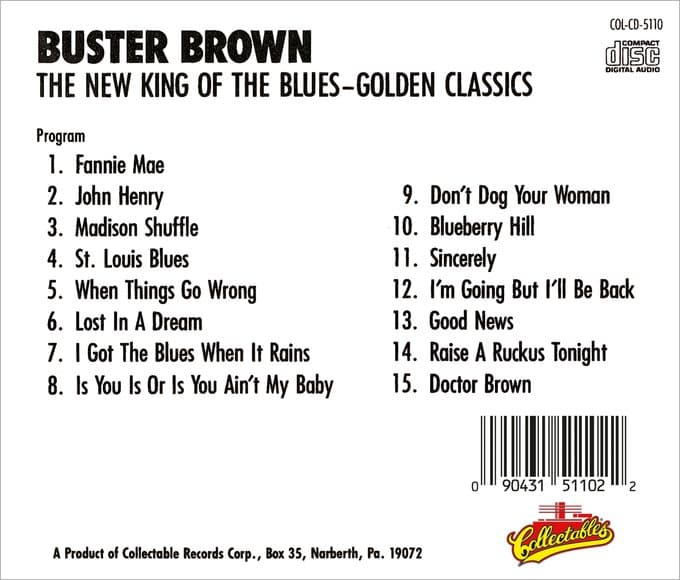 Georgia-born Buster Brown was a harmonica player who was equally at home playing the Blues as well as Folk, Pop, and standard R&B material. This collection showcases the many talents of this harpist and vocalist, who enjoyed much success on the R&B charts in the '50s.

Includes original release liner notes by Jack Walker.
Personnel: Buster Brown (vocals, guitar).
Liner Note Authors: Kerry Kudlacek; Jack Walker.
Recording information: 1959-1961.
If blues musicians took up residency in Vegas during the late '50s, it might come out sounding like this. Brown's gleeful run through myriad blues related styles (gospel, R&B, doo wop, New Orleans, early rock & roll) casts a vaudevillian sheen over many of the 16 tracks here, placing the performance squarely in the realm of Louis Jordan's own showy style. The fact Brown had a very brief hour in the sun with his unexpected 1959 hit "Fannie Mae" further indicates his pop approach to blues probably was better suited to the lounges of the chitlin circuit than the main venues of blues and rock & roll. His almost perfunctory versions of war horses like "St. Louis Blues" and "Blueberry Hill" reveal the downside the situation. But he does have his moments, particularly when he plies a hard, Chicago blues groove … la Little Walter on cuts like "Don't Dog Your Woman"; his harmonica sound borrows from both Walter and Sonny Terry while his singing is punctuated with timely whoops taken straight from Terry's animated vocal style. Even with more than just a few bright moments here, the good amount of watered down material ultimately makes this Brown collection a secondary choice next to prime titles by Muddy Waters, Howlin' Wolf, Wynonie Harris, and even Big Jay McNeely. ~ Stephen Cook