Record Collector (magazine): 4 stars out of 5 -- "[I]t's these early recordings that capture them raw, frenzied, and unfettered." 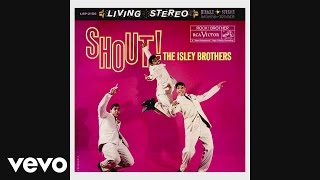 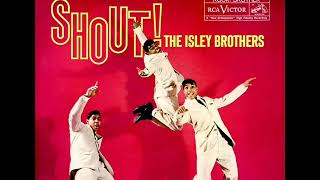 This trio of brothers from Cincinnati has had one of the most successful Pop and Soul careers in the past forty years. This disc contains the group's first album that was originally released by RCA in 1959 - featuring their classic, "Shout".

Record Collector (magazine) - p.92
4 stars out of 5 -- "[I]t's these early recordings that capture them raw, frenzied, and unfettered."

Though SHOUT! was the first album of the Isley Brothers' multi-decade career, their signature raw-edged soul is fully formed here and comes on like gangbusters. Combining elements of gospel, R&B, and rock & roll, the Isleys visit traditional songs ("When the Saints Go Marching In"), torchy ballads ("Turn to Me"), hymns ("He's Got the Whole World in His Hands"), doo wop ("Without a Song"), and popular tunes of the time (their version of "Rock Around the Clock" blows Bill Haley's out of the water).
SHOUT! fairly bursts at the seams with energy; the rhythm section chugs like a freight train, electric guitars sting (the fiery solo on "Yes Indeed" stands against any Sun Studio recording), and the Isleys' screams, yelps, and call-and-response sections balance impeccably precise singing. The apex of the album, of course, is the title track, which lays down four minutes and 25 seconds of pure R&B bliss. From its insistent tambourine to the slinky half-time change-up, to its famed "a little bit softer now/a little bit louder now" instructions, "Shout" is, like the album, a celebration of life.


You never see 'Shout Part 1 & 2', on other Isley Brothers comps.
I remember cruising across the tracks, on the south side of Chicago when I was 13, to grab a copy of this record.
It was one of the most exciting things I had ever heard on vinyl!
I kept laughing and asking my friends, what the heck is this song doing on RCA??? Pat Boone isnt going to do a cover version, (god-forbid) is he?
Unfortunately, the rest of this album isnt up to the excitement of 'Shout'.
Cover versions of standards. Adequately done by the very young Isleys, at that time, but nowhere near the gospel frenzy, that their self-penned tune 'Shout' envoked.
'Shout Parts 1 & 2', was one of the musical highlights of my youth, and Im glad to have a copy again! Thanks Collectables!