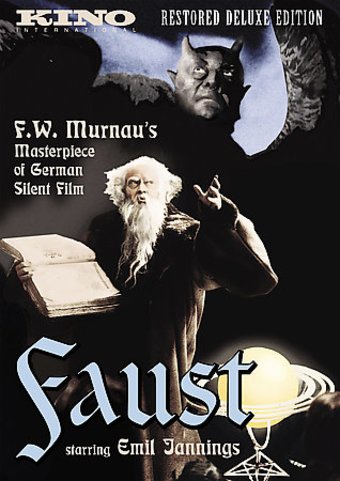 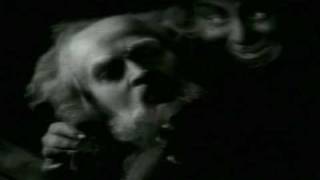 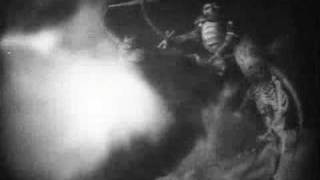 Mobilizing the full resources of the Ufa Studios, F.W. Murnau (Nosferatu, Sunrise) orchestrated a colossal adaptation of Goethe's Faust that ranks alongside Fritz Lang's Metropolis as the greatest achievement of the German silent cinema.

Gosta Ekman stars as the titular alchemist who, struggling with his faith amidst a devastating plague, is offered the power to cure and the gift of youth...in exchange for his soul. As the diabolical Mephisto, Emil Jannings (The Last Laugh) delivers a performance of operatic scale and intensity, by turns charming, comical, and horrific.

This special Kino edition contains the Friedrich Wilhelm Murnau Foundation's meticulous restoration of the original German version of the film (with unique hand-painted intertitles), as well as a lengthier alternate cut prepared by the Ufa Studios in 1930.

Murnau's FAUST stars the inimitable Emil Jannings as Mephistopheles, to whom the hapless and aging Faust sells his soul for renewed youth as well as wealth and power. Based on Goethe's interpretation of the age old legend, Murnau merely uses the story as a starting point for an incredibly phantasmagoric vision of the struggle between good and evil. Beginning with a flourish, Murnau introduces Mephistopheles with one of the most famous sequences in film history, finding Jannings being birthed as a disgusting, primordial creature from the heavens and banished to the netherworld. Baroque, bizarre, and unforgettable, FAUST is one of the German master's greatest triumphs. Silent movie with English and German subtitles. The Kino version is restored with a symphonic soundtrack.

A visually stunning adaptation of Goethe's magnum opus as directed by one of silent cinema's greatest masters, F. W. Murnau.
Using ingenious special effects and a wide variety of baroque visual techniques, Murnau creates a shadowy medieval world where the occult mixes with the everyday in a beautiful cinematic alchemy. Illuminating a lost universe of spiritual possibilities that seem mere superstition today, he relates the classic tale of an ambitious young man who sells his soul to Lord Satan for corporeal wealth and success. The film features a stunning opening sequence where Faust is literally borne through the skies of Europe on the wings of Lucifer. A recklessly inventive masterpiece.

The Picture of Dorian Gray
$17.30 Super Savings
Add to Cart

Beauty of the Devil
$20.30 Super Savings
Add to Cart