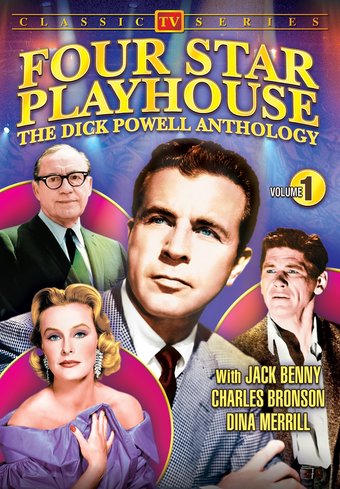 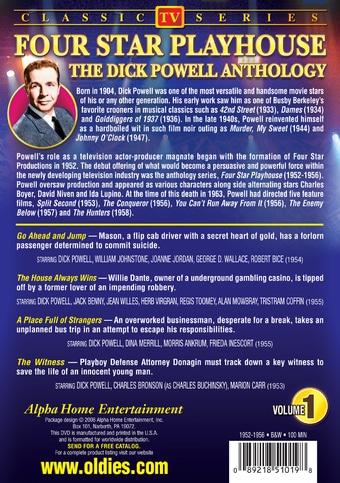 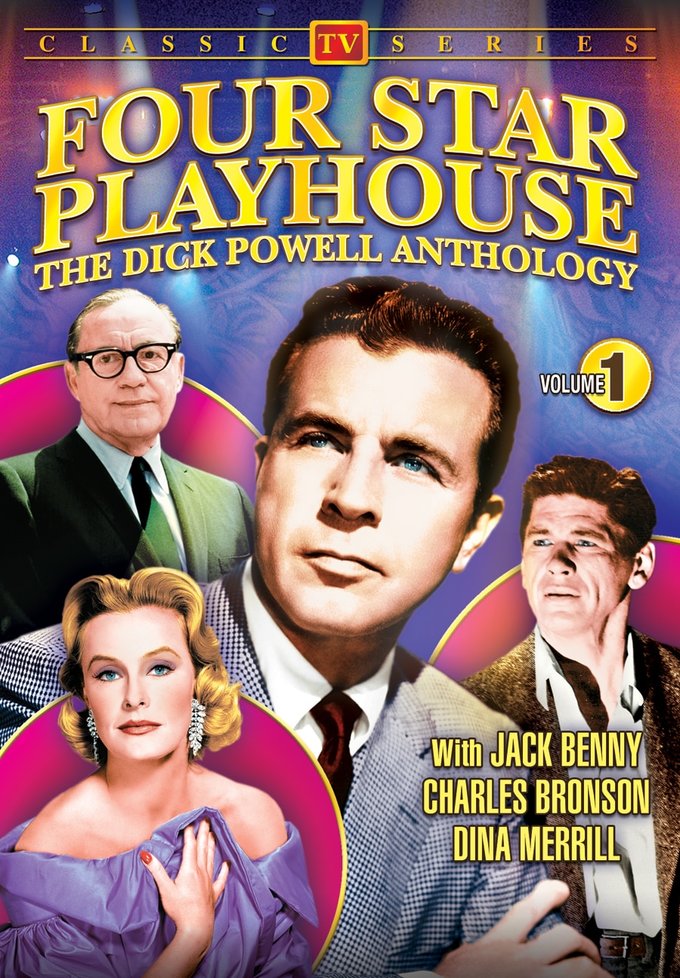 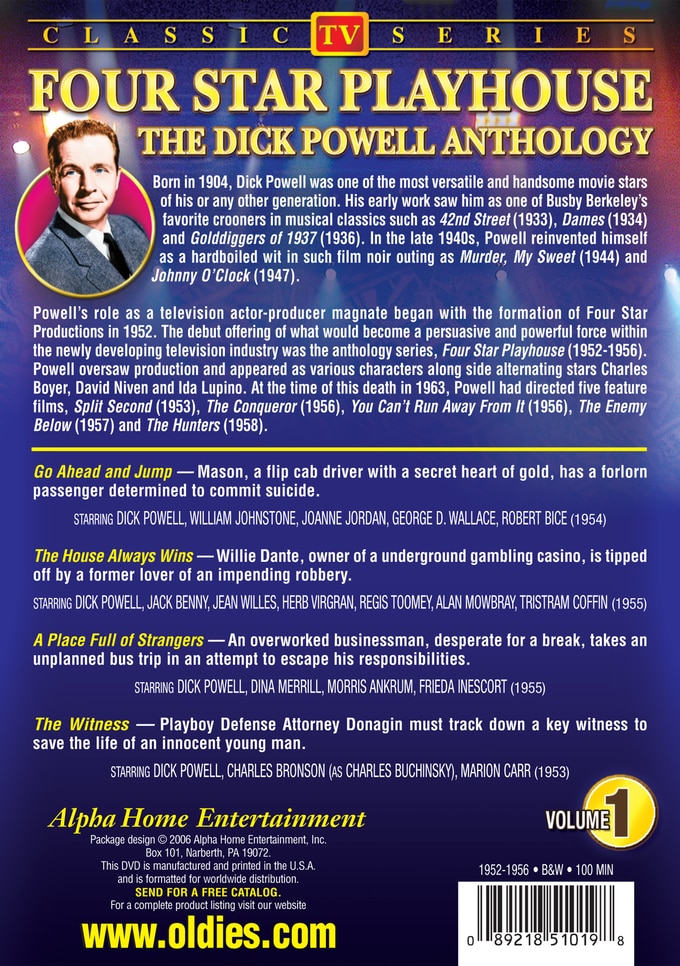 Born in 1904, Dick Powell was one of the most versatile and handsome movie stars of his or any other generation. His early work saw him as one of Busby Berkeley's favorite crooners in musical classics such as 42nd Street (1933), Dames (1934) and Golddiggers of 1937 (1936). In the late 1940s, Powell reinvented himself as a hardboiled wit in such film noir outing as Murder, My Sweet (1944) and Johnny O'Clock (1947).

Powell's role as a television actor-producer magnate began with the formation of Four Star Productions in 1952. The debut offering of what would become a persuasive and powerful force within the newly developing television industry was the anthology series, "Four Star Playhouse" (1952-1956). Powell oversaw production and appeared as various characters along side alternating stars Charles Boyer, David Niven and Ida Lupino. At the time of this death in 1963, Powell had directed five feature films, Split Second (1953), The Conqueror (1956), You Can't Run Away From It (1956), The Enemy Below (1957) and The Hunters (1958).

A Place Full of Strangers (1955): An overworked businessman, desperate for a break, takes an unplanned bus trip in an attempt to escape his responsibilities. Starring Dick Powell, Dina Merrill, Morris Ankrum and Frieda Inescort.

The Witness (1953): Playboy Defense Attorney Donagin must track down a key witness to save the life of an innocent young man. Starring Dick Powell, Charles Bronson (as Charles Buchinsky) and Marion Carr.

After spending the 1930s and '40s starring first in musicals, then in films noirs, Dick Powell turned to television in the '50s, appearing in numerous movies and his own show while also directing and producing. The dramas collected here star this icon of the Golden Age of TV, along with actors like Jack Benny, Charles Bronson, and Dina Merrill.

Compilation | Classic Television
This product is made-on-demand by the manufacturer using DVD-R recordable media. Almost all DVD players can play DVD-Rs (except for some older models made before 2000) - please consult your owner's manual for formats compatible with your player. These DVD-Rs may not play on all computers or DVD player/recorders. To address this, the manufacturer recommends viewing this product on a DVD player that does not have recording capability.

39%off
The Vanishing Shadow
$12.20 Super Savings
Add to Cart