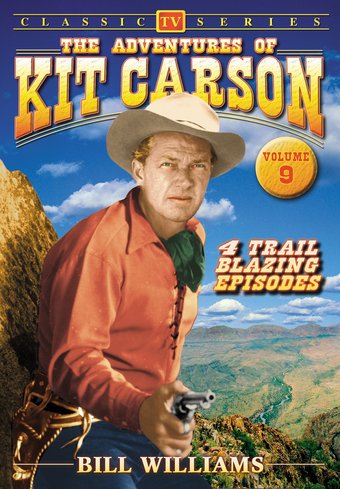 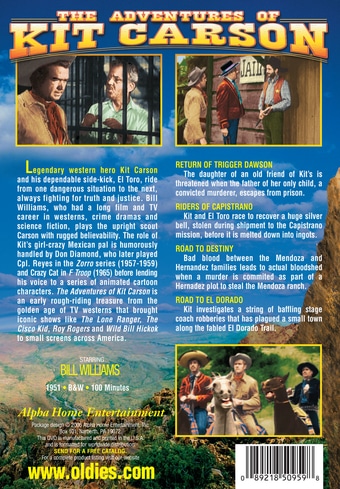 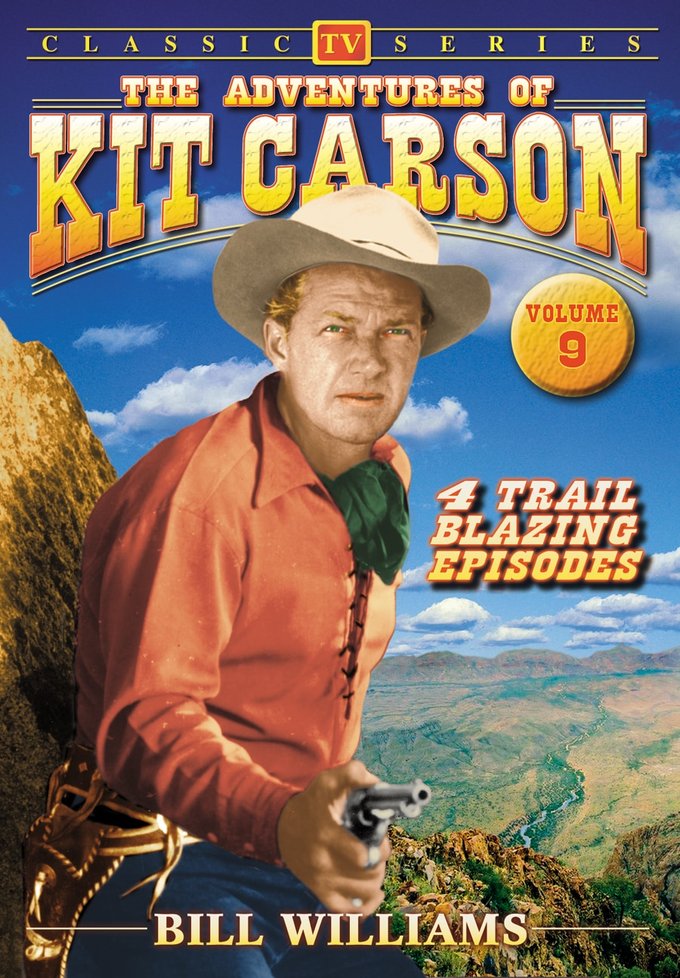 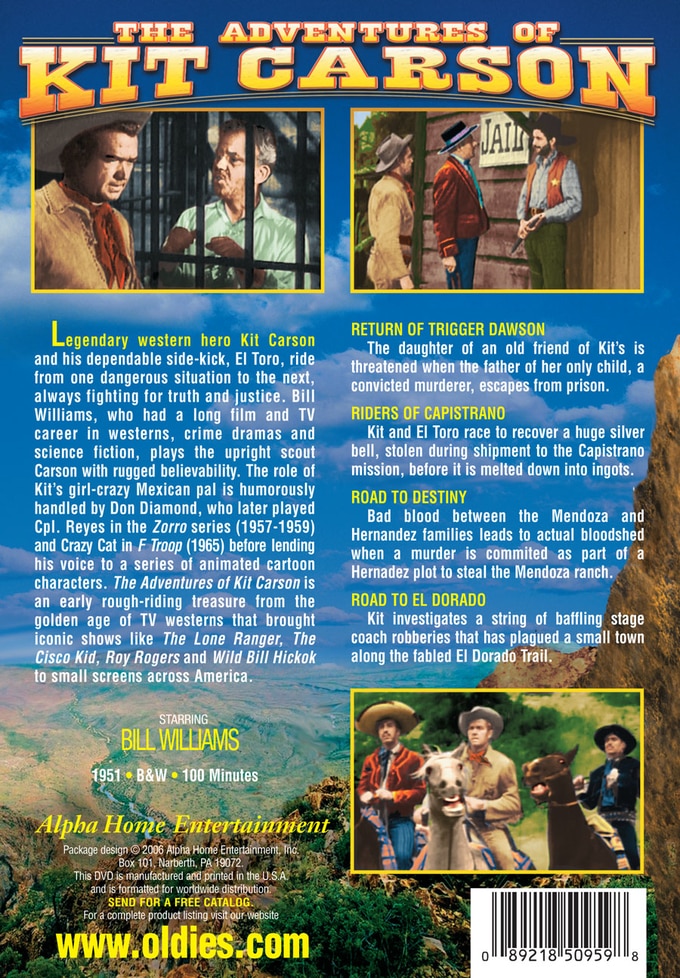 Return Of Trigger Dawson: The daughter of an old friend of Kit's is threatened when the father of her only child, a convicted murderer, escapes from prison.

Riders Of Capistrano: Kit and El Toro race to recover a huge silver bell, stolen during shipment to the Capistrano mission, before it is melted down into ingots.

Road To Destiny: Bad blood between the Mendoza and Hernandez families leads to actual bloodshed when a murder is committed as part of a Hernadez plot to steal the Mendoza ranch.

Road To El Dorado: Kit investigates a string of baffling stage coach robberies that has plagued a small town along the fabled El Dorado Trail.