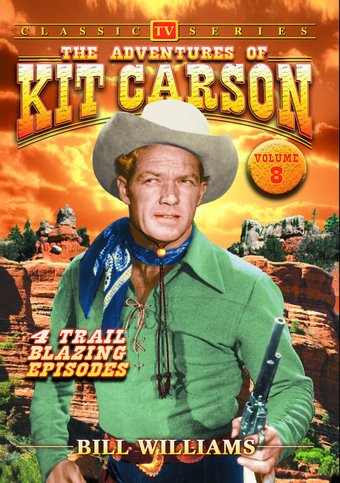 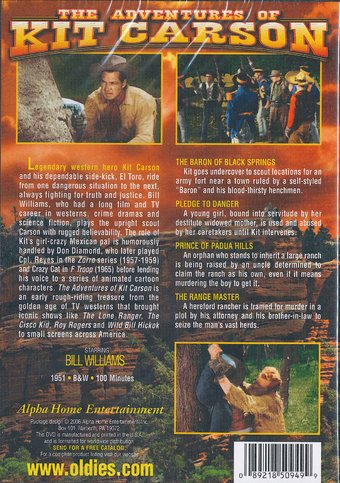 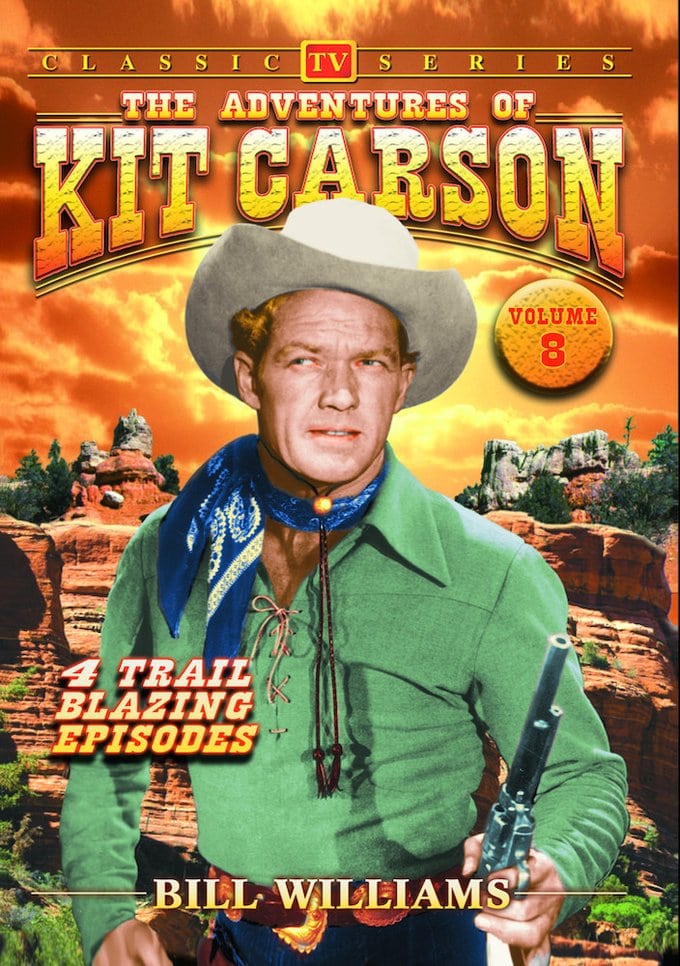 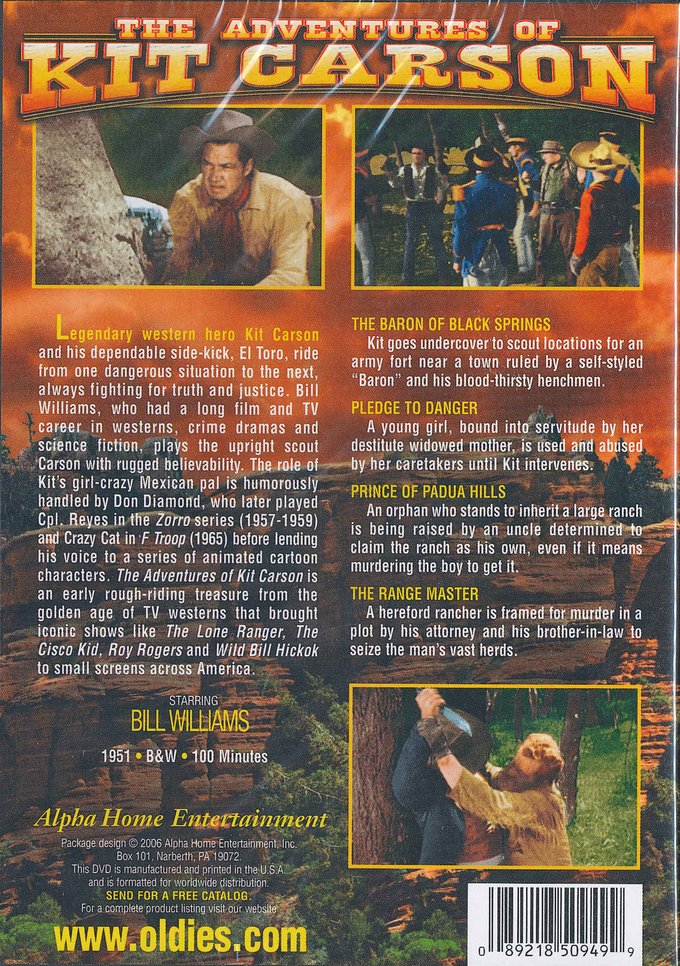 The Baron Of Black Springs: Kit goes undercover to scout locations for an army fort near a town ruled by a self-styled "Baron" and his blood-thirsty henchmen.

Pledge To Danger: A young girl, bound into servitude by her destitute widowed mother, is used and abused by her caretakers until Kit intervenes.

Prince Of Padua Hills: An orphan who stands to inherit a large ranch is being raised by an uncle determined to claim the ranch as his own, even if it means murdering the boy to get it.

The Range Master: A hereford rancher is framed for murder in a plot by his attorney and his brother-in-law to seize the man's vast herds.