A pyromaniac terrorizes a small community. 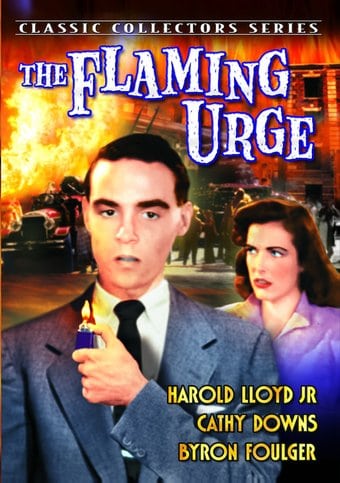 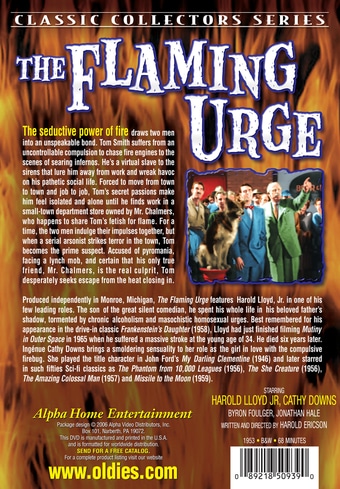 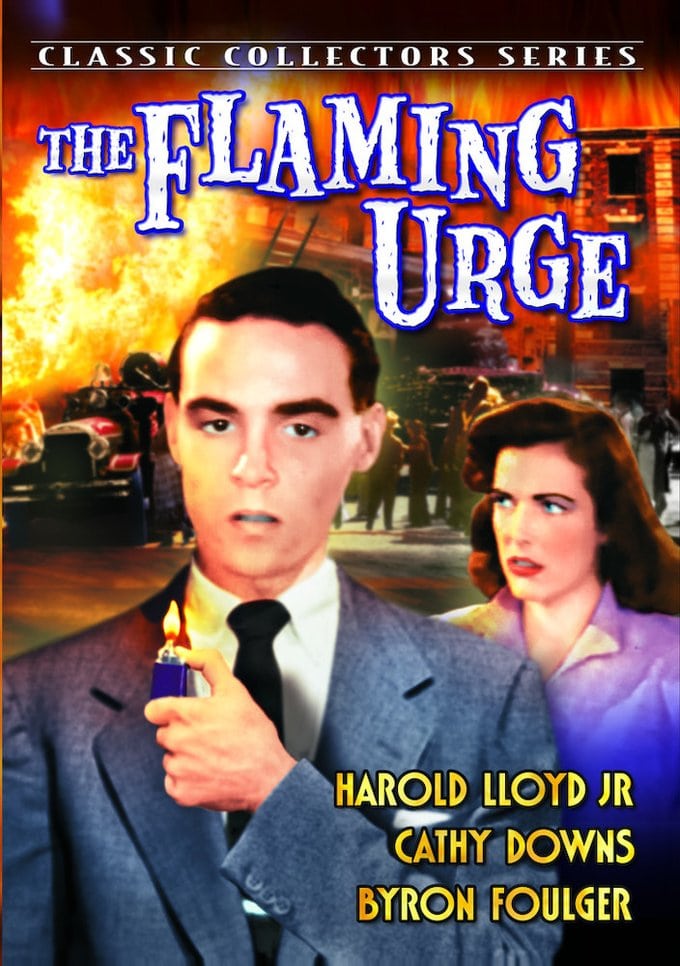 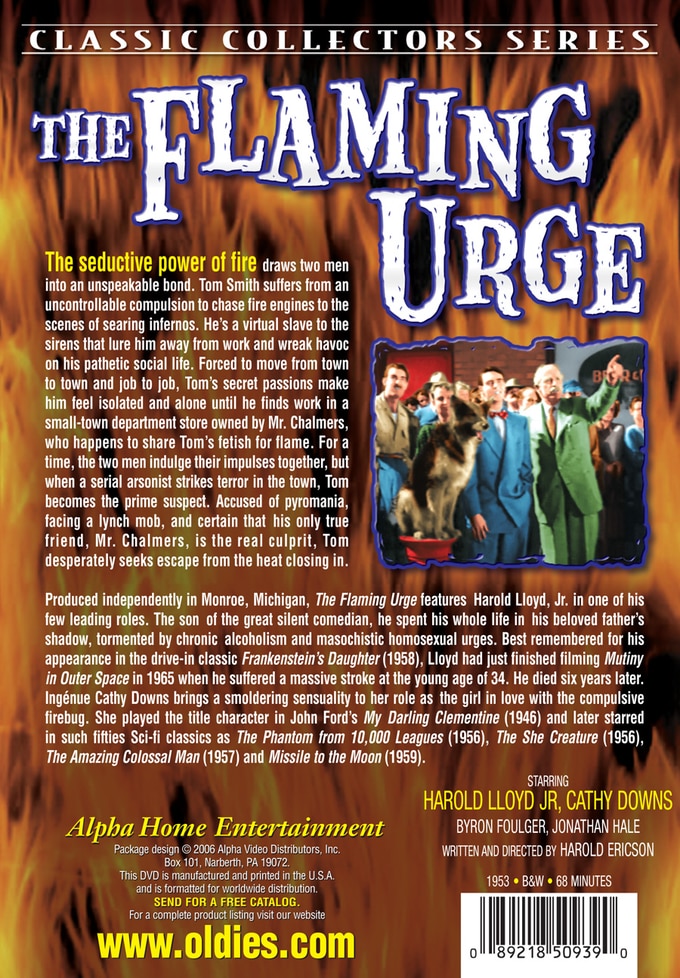 The seductive power of fire draws two men into an unspeakable bond. Tom Smith suffers from an uncontrollable compulsion to chase fire engines to the scenes of searing infernos. He's a virtual slave to the sirens that lure him away from work and wreak havoc on his pathetic social life. Forced to move from town to town and job to job, Tom's secret passions make him feel isolated and alone until he finds work in a small-town department store owned by Mr. Chalmers, who happens to share Tom's fetish for flame. For a time, the two men indulge their impulses together, but when a serial arsonist strikes terror in the town, Tom becomes the prime suspect. Accused of pyromania, facing a lynch mob, and certain that his only true friend, Mr. Chalmers, is the real culprit, Tom desperately seeks escape from the heat closing in.

Produced independently in Monroe, Michigan, The Flaming Urge features Harold Lloyd, Jr. in one of his few leading roles. The son of the great silent comedian, he spent his whole life in his beloved father's shadow, tormented by chronic alcoholism and masochistic homosexual urges. Best remembered for his appearance in the drive-in classic Frankenstein's Daughter (1958), Lloyd had just finished filming Mutiny in Outer Space in 1965 when he suffered a massive stroke at the young age of 34. He died six years later. Ingenue Cathy Downs brings a smoldering sensuality to her role as the girl in love with the compulsive firebug. She played the title character in John Ford's My Darling Clementine (1946) and later starred in such fifties sci-fi classics as The Phantom from 10,000 Leagues (1956), The She Creature (1956), The Amazing Colossal Man (1957) and Missile to the Moon (1959).

A small town suffers from the work of a pyromaniac in this exploitation film.