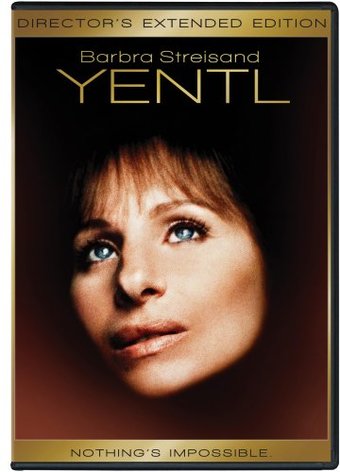 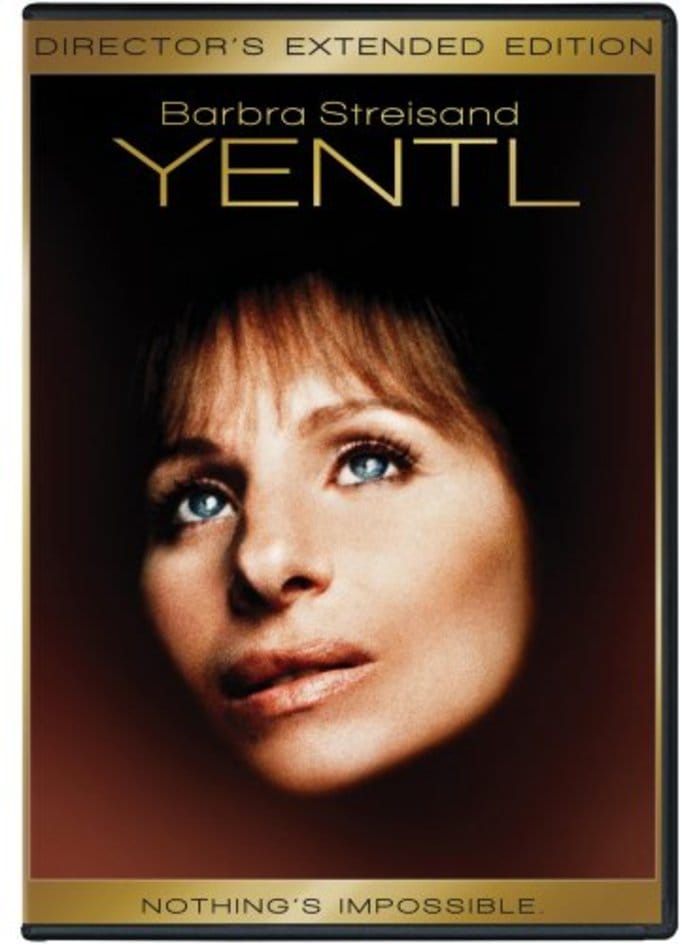 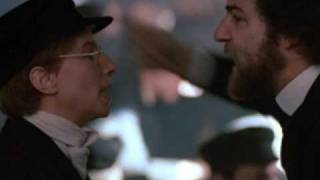 Barbra Streisand cowrote, produced, and directed as well as starred in this popular motion picture, based on a short story by Isaac Bashevis Singer. The story follows the adventures of Yentl, a courageous young woman growing up in Eastern Europe at the turn of the 20th century. Inspired by her father's teaching to become a Talmudic scholar--despite the religious restrictions against her doing so--she manages to make her dreams come true by disguising herself as a boy and entering an orthodox Jewish school. But her masquerade causes big problems when she falls in love with her fellow scholar Avigdor (Mandy Patinkin)...and his fiancée (Amy Irving, in an Oscar-nominated performance) falls in love with her. In an interesting twist on the musical genre, Streisand performs each song as an interior soliloquy, as if she were speaking to herself. This lends the film an air of analysis and introspection, two notions not commonly found in a musical but which would later be employed to great effect in movies such as VELVET GOLDMINE. Streisand made her debut as a feature-film director with YENTL, which was nominated for five Academy Awards.

Barbra Streisand made her directing debut with this musical film about a young Jewish woman who longs to become a Talmudic scholar.

The Mirror Has Two Faces
$13.10 Super Savings
Add to Cart

69%off
Mahalia Jackson
The Power and the Glory (DVD)
$3.98 Super Savings
Add to Cart