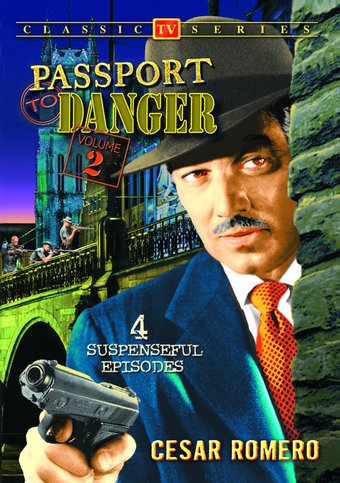 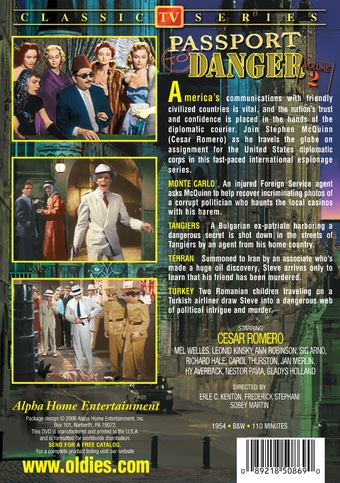 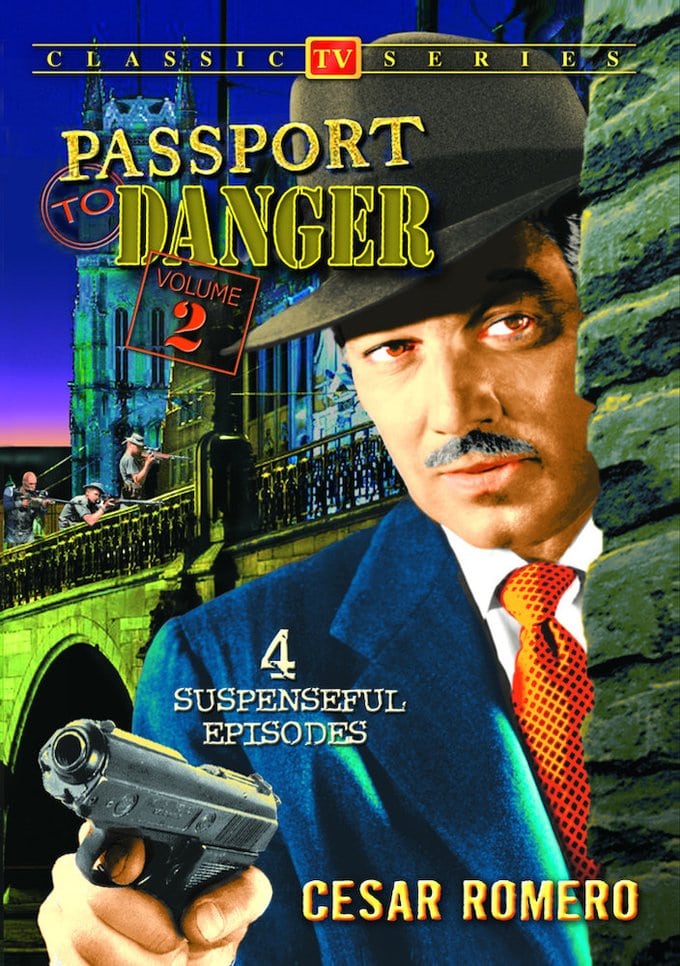 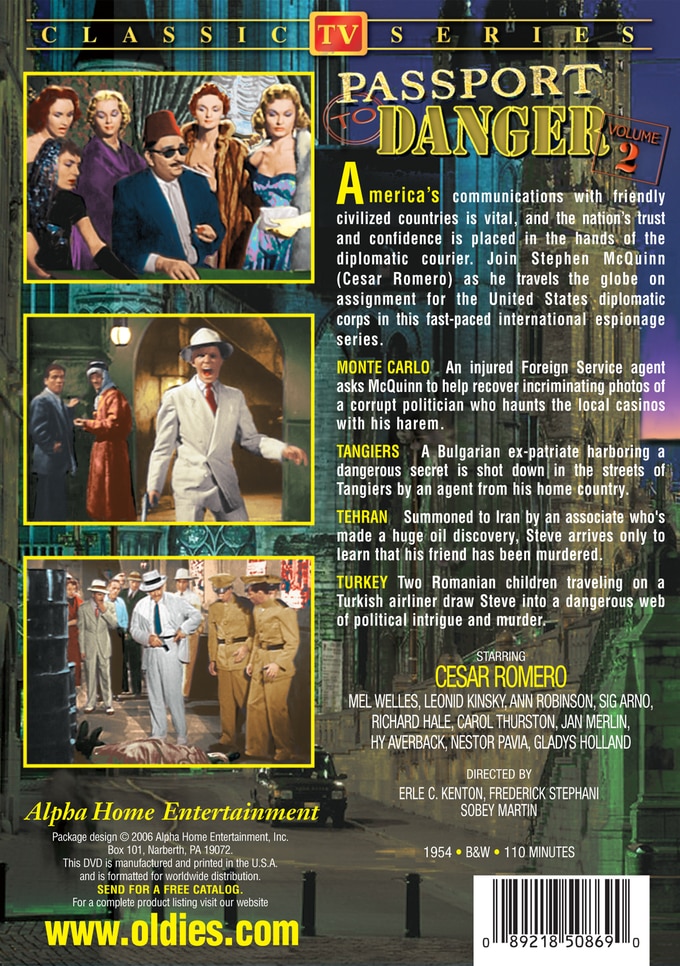 America's communications with friendly civilized countries is vital, and the nation's trust and confidence is placed in the hands of the diplomatic courier. Join Stephen McQuinn (Cesar Romero) as he travels the globe on assignment for the United States diplomatic corps in this fast-paced international espionage series.

Monte Carlo: An injured Foreign Service agent asks McQuinn to help recover incriminating photos of a corrupt politician who haunts the local casinos with his harem.

Tangiers: A Bulgarian ex-patriate harboring a dangerous secret is shot down in the streets of Tangiers by an agent from his home country.

Tehran: Summoned to Iran by an associate who's made a huge oil discovery, Steve arrives only to learn that his friend has been murdered.

Turkey: Two Romanian children traveling on a Turkish airliner draw Steve into a dangerous web of political intrigue and murder.

This classic TV show from the 1950s stars Cesar Romero as Steve McQuinn, a U.S. diplomatic courier who is sent on weekly missions to various far-off exotic locations. Each week he must deliver important intelligence to America's allies across the globe, while avoiding nefarious enemies. This collection includes four episodes.

Action | Adventure | Vintage TV | Spy | Classic Television | Adventurers
This product is made-on-demand by the manufacturer using DVD-R recordable media. Almost all DVD players can play DVD-Rs (except for some older models made before 2000) - please consult your owner's manual for formats compatible with your player. These DVD-Rs may not play on all computers or DVD player/recorders. To address this, the manufacturer recommends viewing this product on a DVD player that does not have recording capability.