The Return of Casey Jones

Casey Jones shares his knowledge of the railroad with an aspiring engineer. 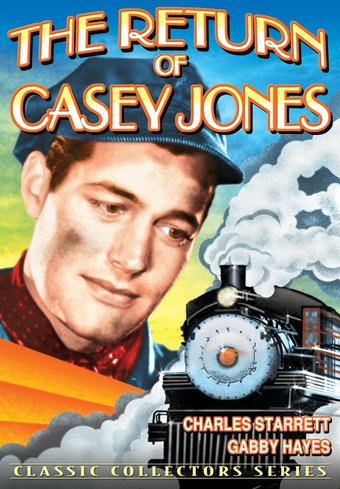 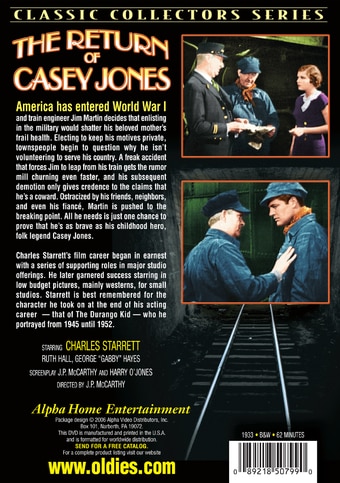 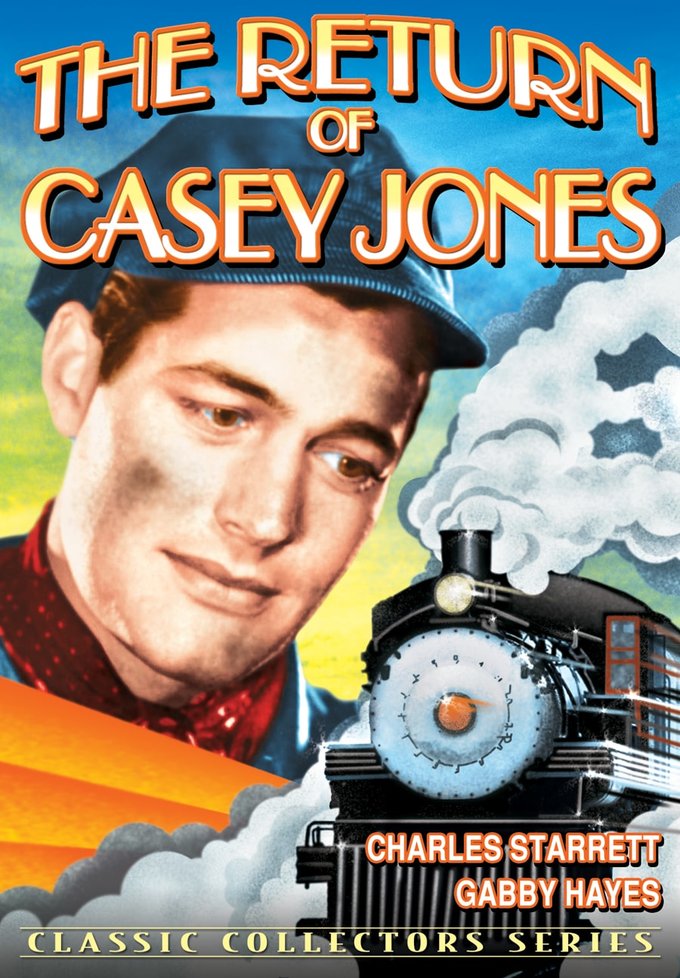 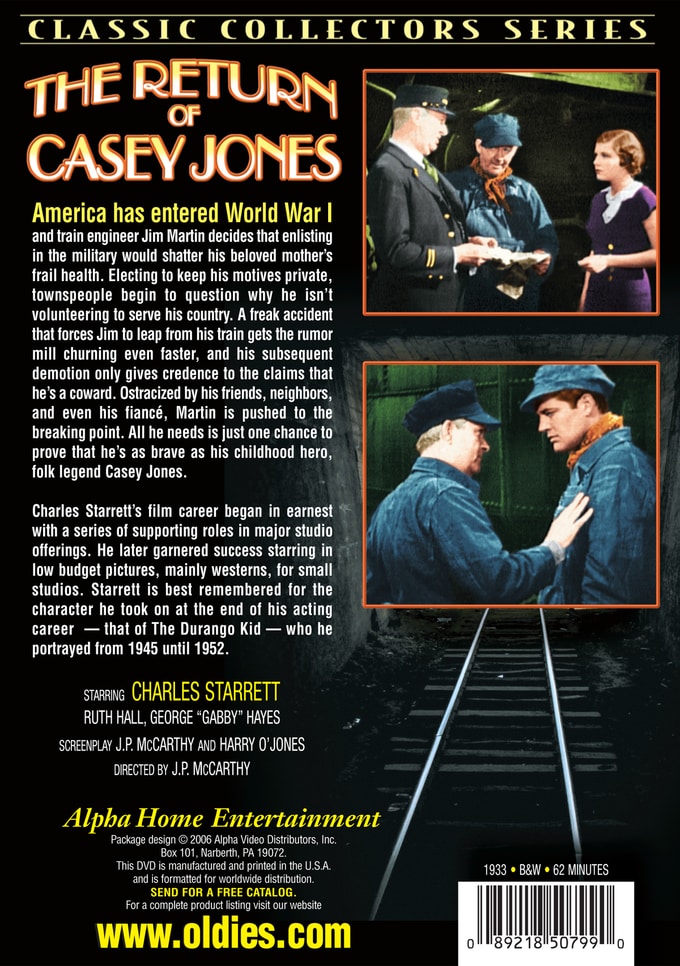 America has entered World War I and train engineer Jim Martin decides that enlisting in the military would shatter his beloved mother's frail health. Electing to keep his motives private, townspeople begin to question why he isn't volunteering to serve his country. A freak accident that forces Jim to leap from his train gets the rumor mill churning even faster, and his subsequent demotion only gives credence to the claims that he's a coward. Ostracized by his friends, neighbors, and even his fiance, Martin is pushed to the breaking point. All he needs is just one chance to prove that he's as brave as his childhood hero, folk legend Casey Jones.

Charles Starrett's film career began in earnest with a series of supporting roles in major studio offerings. He later garnered success starring in low budget pictures, mainly westerns, for small studios. Starrett is best remembered for the character he took on at the end of his acting career - that of The Durango Kid - who he portrayed from 1945 until 1952.

Action | Silent | Suspense | Thriller | Vintage
This product is made-on-demand by the manufacturer using DVD-R recordable media. Almost all DVD players can play DVD-Rs (except for some older models made before 2000) - please consult your owner's manual for formats compatible with your player. These DVD-Rs may not play on all computers or DVD player/recorders. To address this, the manufacturer recommends viewing this product on a DVD player that does not have recording capability.