Four classic episodes from the "adult" western classics": "Bat Masterson" with Gene Barry and "The Deputy" with Henry Fonda. 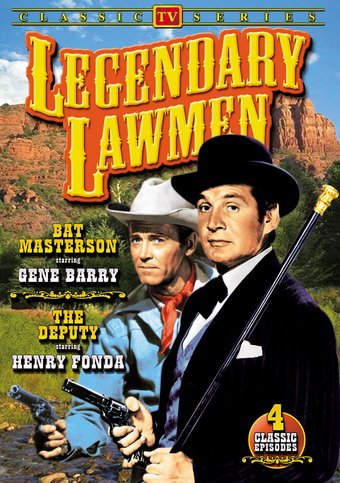 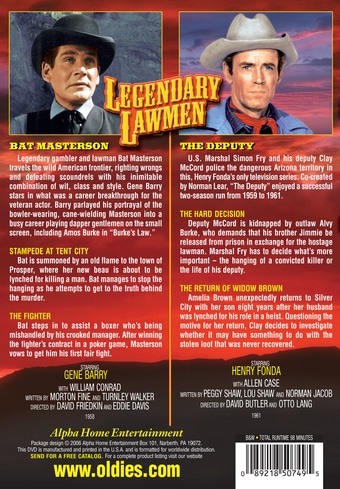 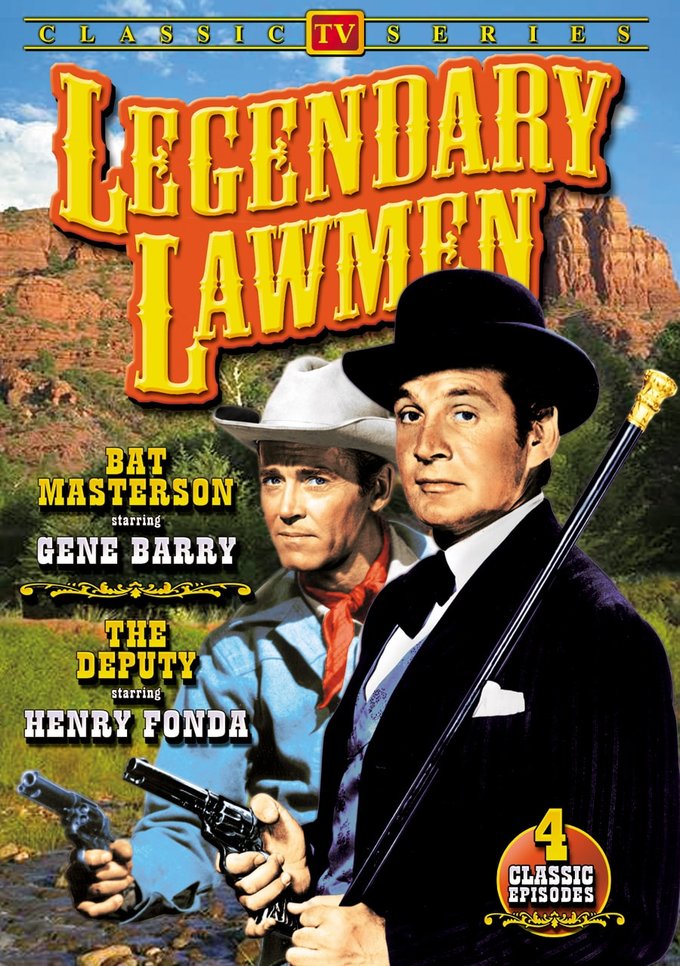 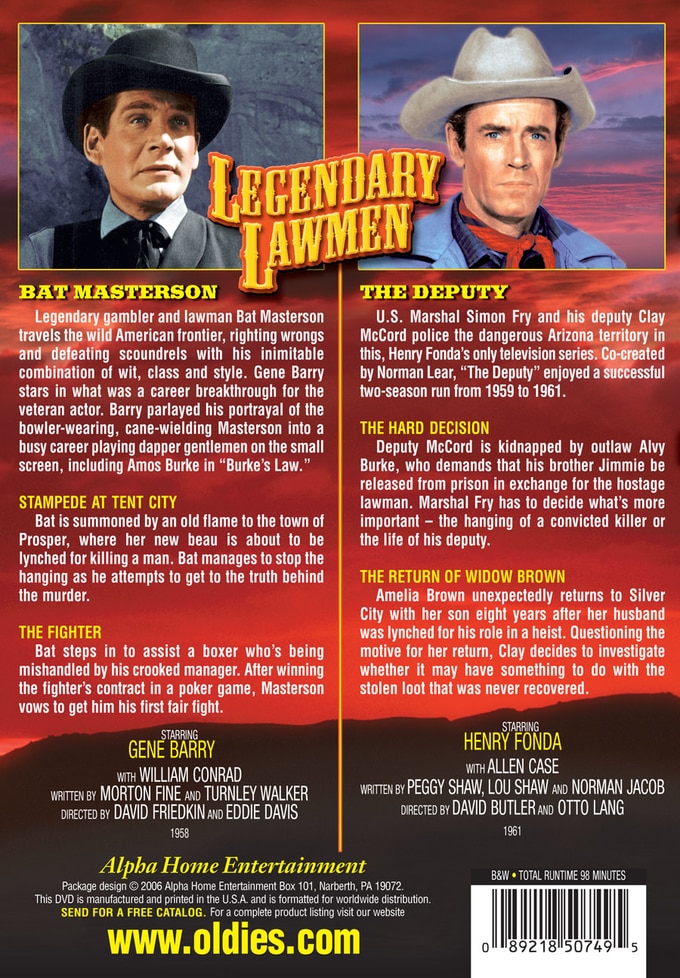 In BAT MASTERSON, legendary gambler and lawman Bat Masterson travels the wild American frontier, righting wrongs and defeating scoundrels with his inimitable combination of wit, class and style. Gene Barry stars in what was a career breakthrough for the veteran actor. Barry parlayed his portrayal of the bowler-wearing, cane-wielding Masterson into a busy career playing dapper gentlemen on the small screen, including Amos Burke in "Burke's Law."

Stampede At Tent City: Bat is summoned by an old flame to the town of Prosper, where her new beau is about to be lynched for killing a man. Bat manages to stop the hanging as he attempts to get to the truth behind the murder.

The Fighter:Bat steps in to assist a boxer who's being mishandled by his crooked manager. After winning the fighter's contract in a poker game, Masterson vows to get him his first fair fight.

U.S. Marshal Simon Fry and his deputy Clay McCord police the dangerous Arizona territory in THE DEPUTY, Henry Fonda's only television series. Co-created by Norman Lear, "The Deputy" enjoyed a successful two-season run from 1959 to 1961.

The Hard Decision:Deputy McCord is kidnapped by outlaw Alvy Burke, who demands that his brother Jimmie be released from prison in exchange for the hostage lawman. Marshal Fry has to decide what's more important - the hanging of a convicted killer or the life of his deputy.

The Return Of Widow Brown: Amelia Brown unexpectedly returns to Silver City with her son eight years after her husband was lynched for his role in a heist. Questioning the motive for her return, Clay decides to investigate whether it may have something to do with the stolen loot that was never recovered.