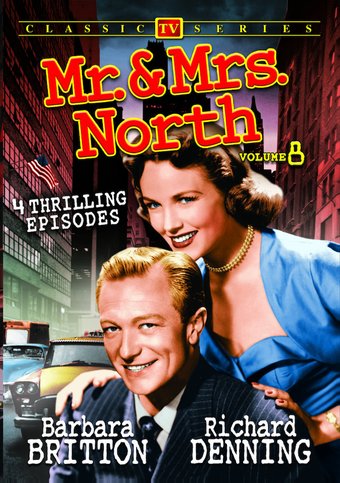 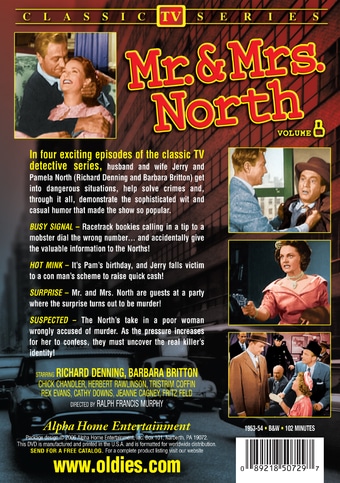 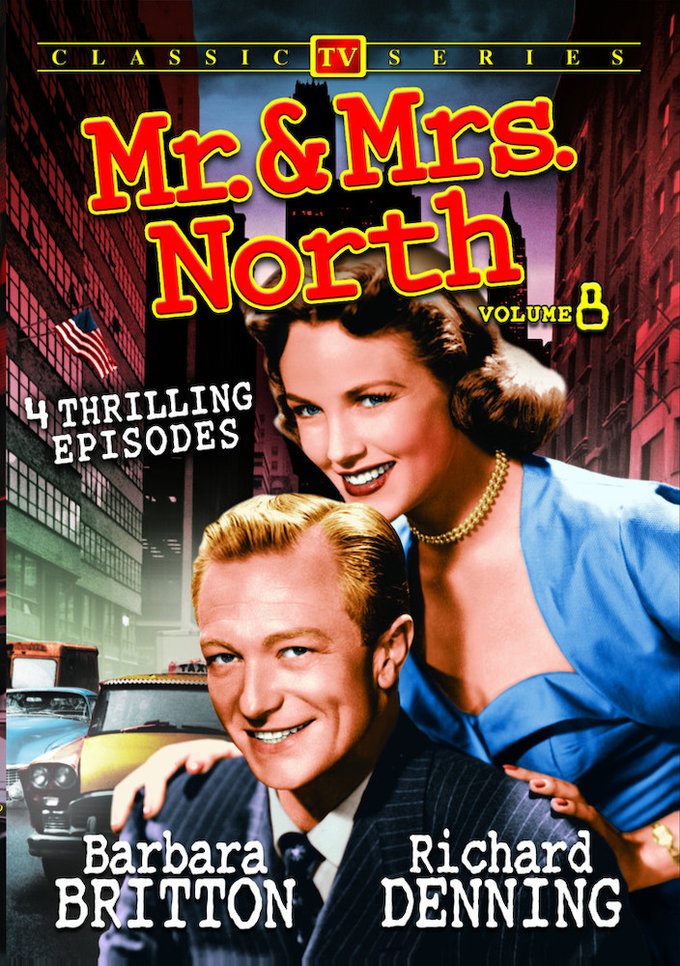 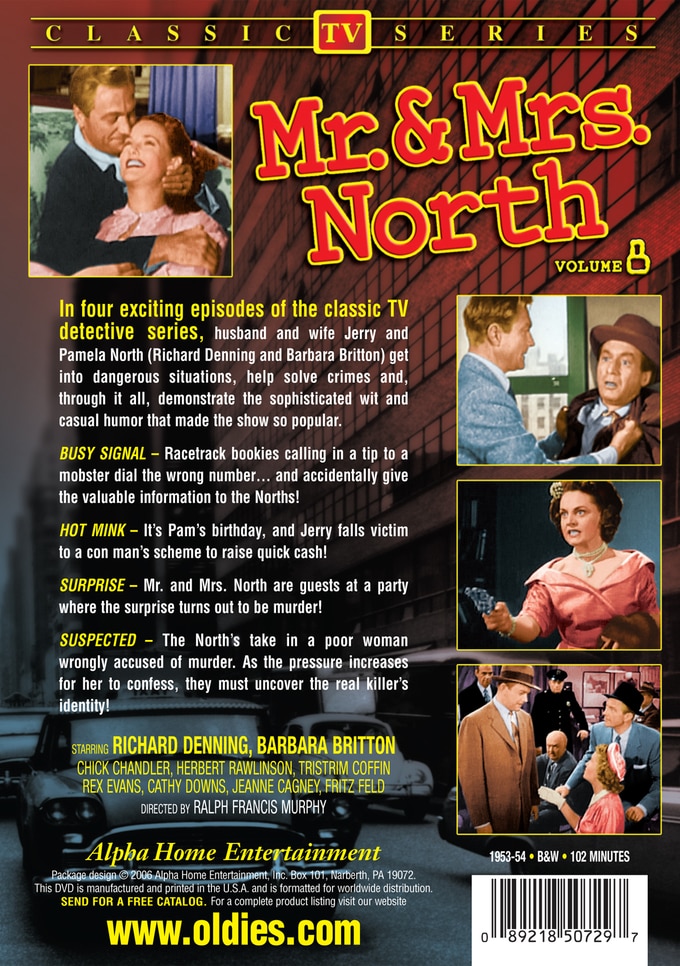 BUSY SIGNAL: Racetrack bookies calling in a tip to a mobster dial the wrong number.. and accidentally give the valuable information to the Norths!

SURPRISE: Mr. and Mrs. North are guests at a party where the surprise turns out to be murder!

SUSPECTED: The North's take in a poor woman wrongly accused of murder. As the pressure increases for her to confess, they must uncover the real killer's identity!