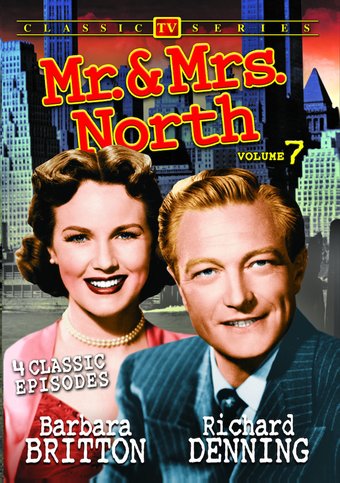 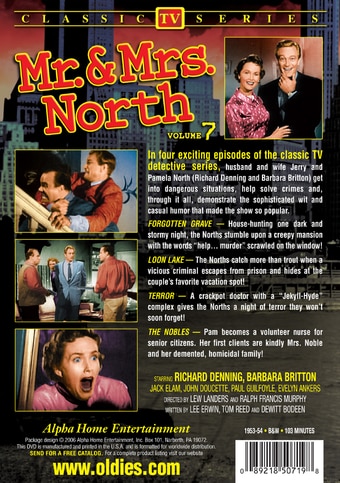 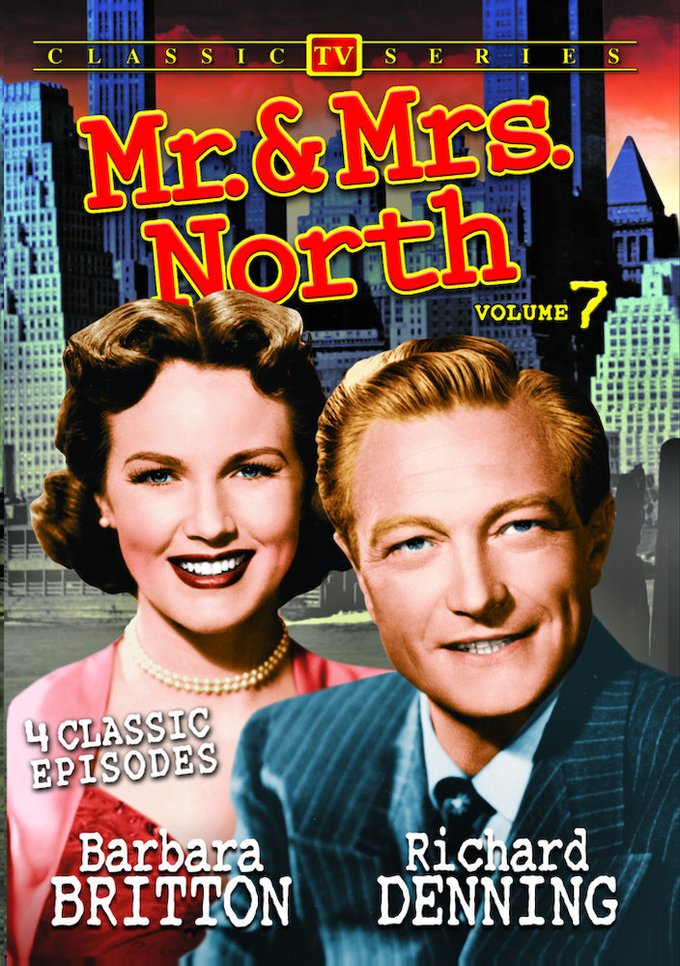 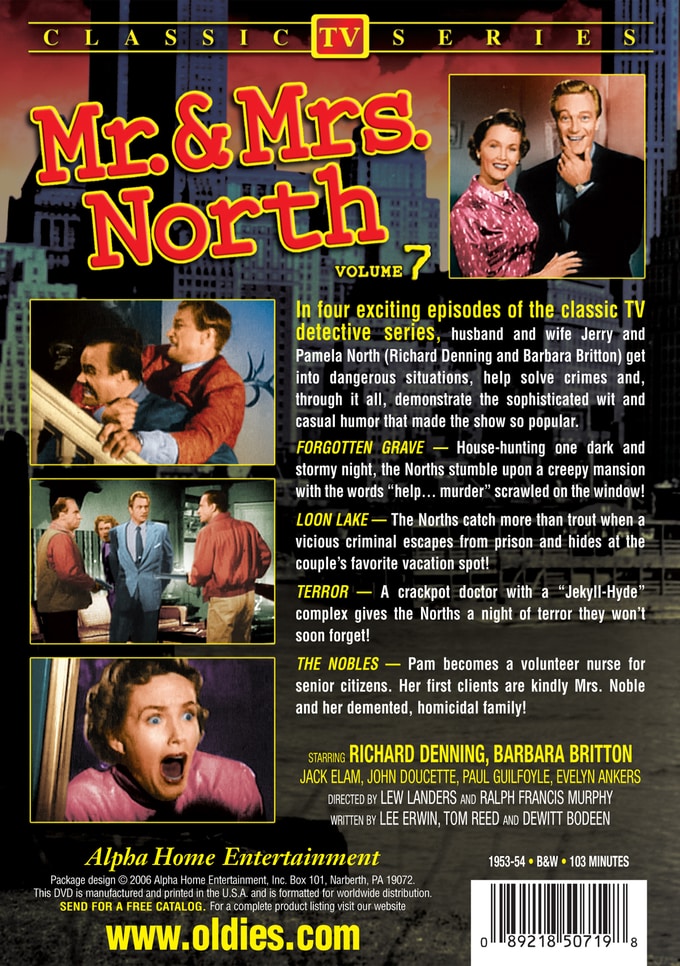 FORGOTTEN GRAVE: House-hunting one dark and stormy night, the Norths stumble upon a creepy mansion with the words "help... murder" scrawled on the window!

LOON LAKE: The Norths catch more than trout when a vicious criminal escapes from prison and hides at the couple's favorite vacation spot!

TERROR: A crackpot doctor with a "Jekyll-Hyde" complex gives the Norths a night of terror they won't soon forget!

THE NOBLES: Pam becomes a volunteer nurse for senior citizens. Her first clients are kindly Mrs. Noble and her demented, homicidal family!

A classic TV show from 1953, MR. & MRS. NORTH follows a husband and wife team who foil various miscreants as they attempt to uphold the law with their cunning detective work. This seventh volume in the series features more top-notch episodes from the show, starring Richard Denning and Barbara Britton as the stylish couple on the right side of the law.

Detectives | Detective | Classic Television
This product is made-on-demand by the manufacturer using DVD-R recordable media. Almost all DVD players can play DVD-Rs (except for some older models made before 2000) - please consult your owner's manual for formats compatible with your player. These DVD-Rs may not play on all computers or DVD player/recorders. To address this, the manufacturer recommends viewing this product on a DVD player that does not have recording capability.