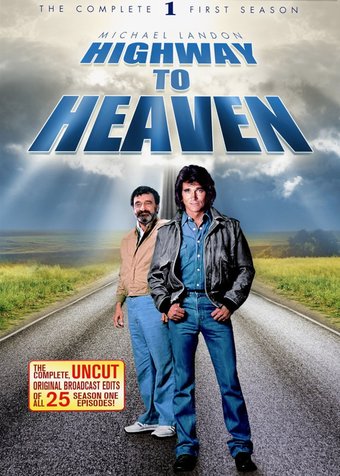 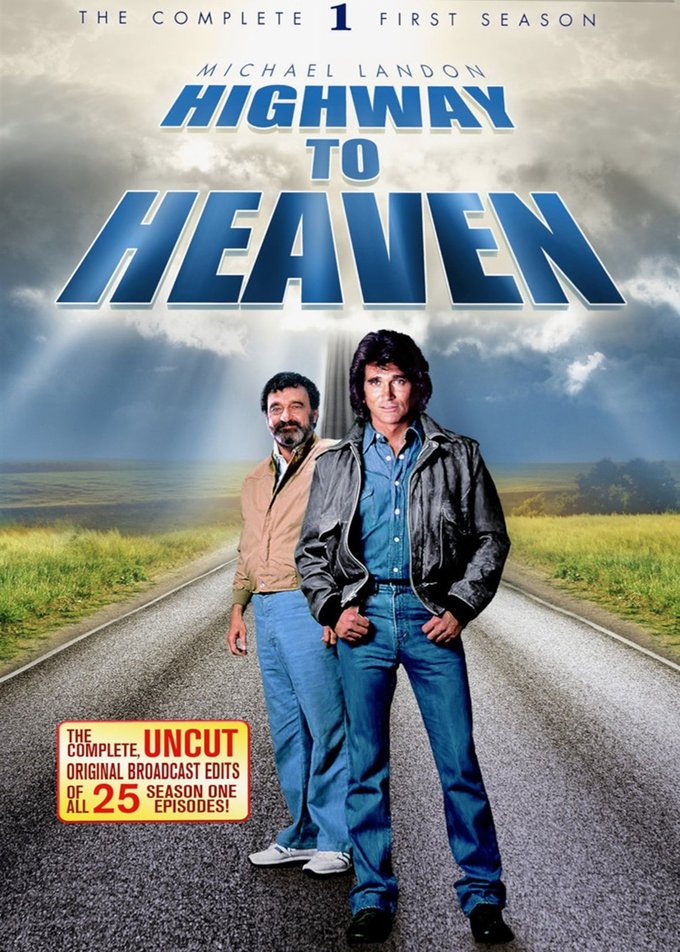 Michael Landon (Little House on the Prairie) and Victor French (Gunsmoke) star in this family favorite hit series Highway to Heaven! Jonathan Smith (Landon) isn't your average helpful handyman. He's an angel on a mission from God, or "the Boss" as he likes to say. Accompanied by ex-cop Mark Gordon (French), whose troubled life Jonathan once helped turn around, the two travel the country, guiding the lost and suffering back toward the Highway to Heaven! Whether helping a young boxer pressured to throw a fight or a veteran's Eurasian daughter feel welcome in America, Jonathan finds a way to bring grace and love into the lives of those he touches. And when necessary, he helps things along with a little angel power!

Following the travails of handyman Jonathan Smith (Michael Landon), HIGHWAY TO HEAVEN originally aired on NBC, and saw Landon reunite with his LITTLE HOUSE ON THE PRAIRIE co-star Victor French. Smith is an angel sent to earth so that he can buddy up with cop Mark Gordon (played by French) and help cure some of societies ills. The duo enjoy a rambunctious relationship with each other, but always come good in the end, making sure that the work of "the Boss" (ie. God) is carried out. This release captures all 24 episodes from the first season.