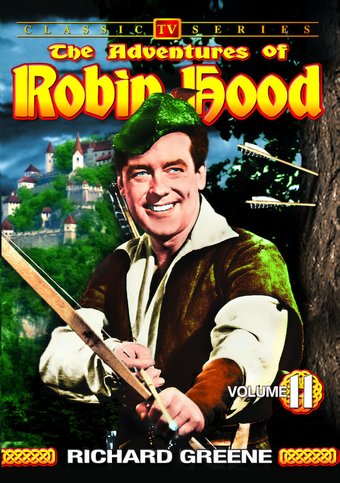 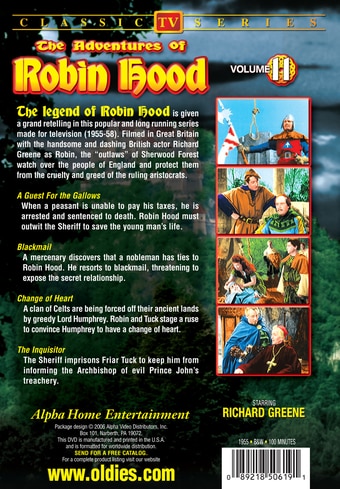 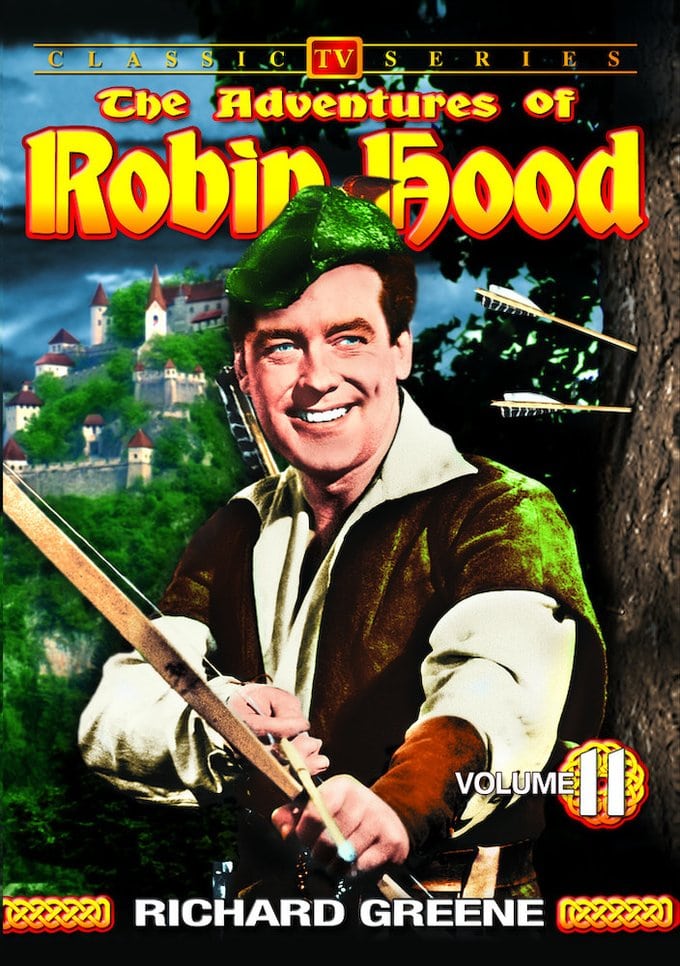 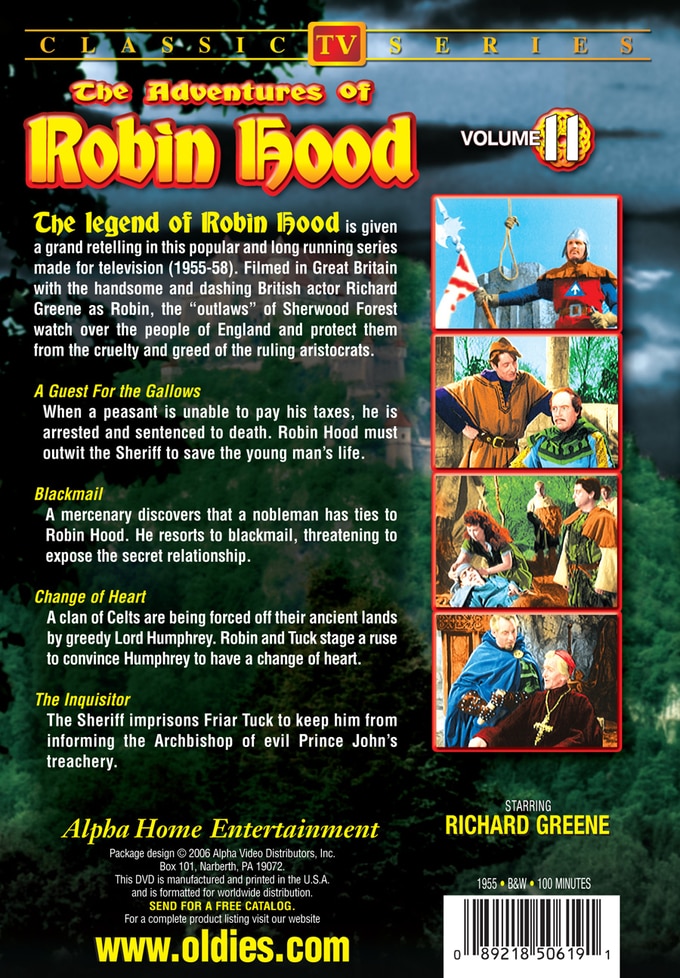 A Guest For the Gallows: When a peasant is unable to pay his taxes, he is arrested and sentenced to death. Robin Hood must outwit the Sheriff to save the young man's life.

Blackmail: A mercenary discovers that a nobleman has ties to Robin Hood. He resorts to blackmail, threatening to expose the secret relationship.

Change of Heart: A clan of Celts are being forced off their ancient lands by greedy Lord Humphrey. Robin and Tuck stage a ruse to convince Humphrey to have a change of heart.

The Inquisitor: The Sheriff imprisons Friar Tuck to keep him from informing the Archbishop of evil Prince John's treachery.

While trying to outwit Prince John and the Sheriff of Nottingham, Robin Hood and his merry men rob from the rich to give to the poor in this 1950s British television series. Richard Greene played Robin as an upbeat and expansive fellow, with a small repertory troupe playing different supporting roles. This collection presents four episodes from the show: "A Guest For the Gallows," "Blackmail," "Change of Heart," and "The Inquisitor."