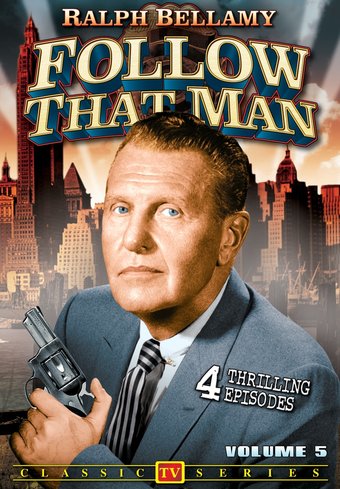 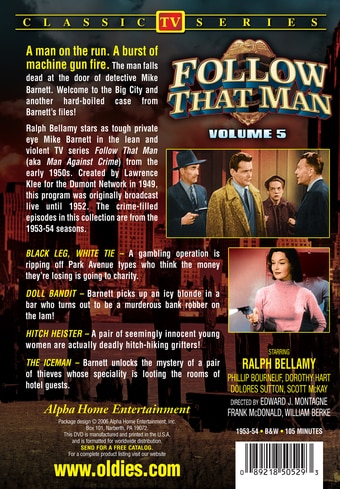 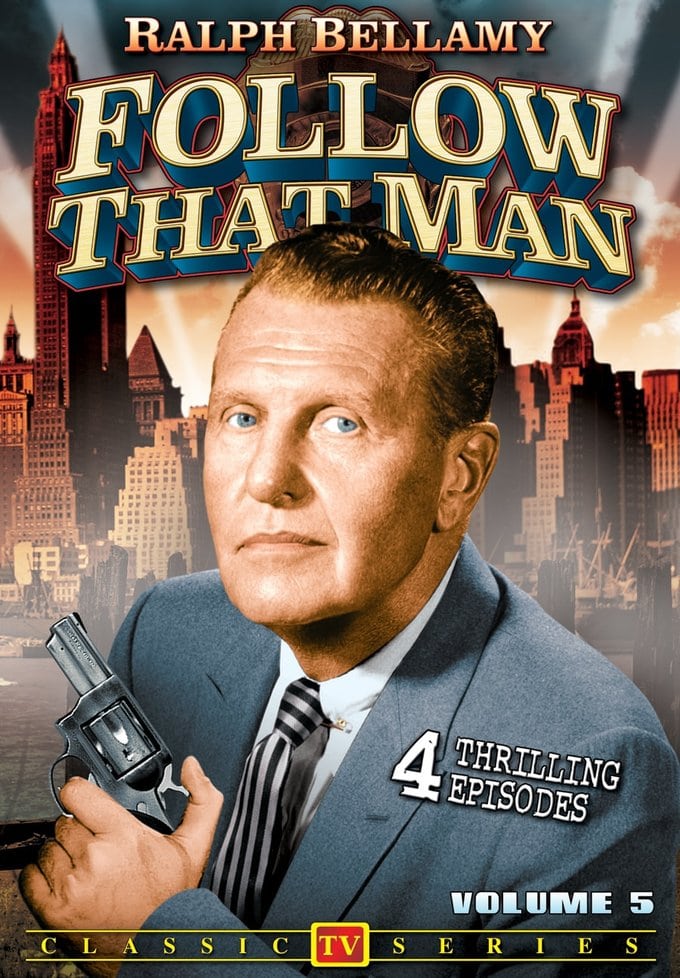 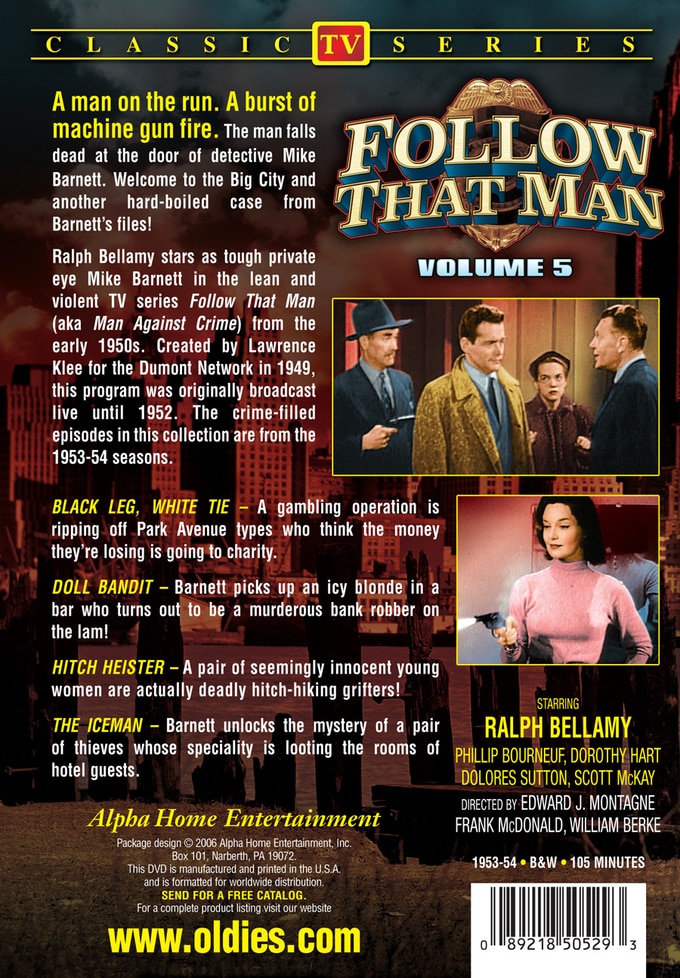 Ralph Bellamy stars as tough private eye Mike Barnett in the lean and violent TV series "Follow That Man" (aka "Man Against Crime") from the early 1950s. Created by Lawrence Klee for the Dumont Network in 1949, this program was originally broadcast live until 1952. The crime-filled episodes in this collection are from the 1953-54 seasons.

Black Leg, White Tie: A gambling operation is ripping off Park Avenue types who think the money they're losing is going to charity.

Doll Bandit: Barnett picks up an icy blonde in a bar who turns out to be a murderous bank robber on the lam!

The Iceman: Barnett unlocks the mystery of a pair of thieves whose speciality is looting the rooms of hotel guests.

Tracking the fortunes of hard-bitten private detective Mike Barnett (Ralph Bellamy), this crime drama gave him some tough cases to crack, as robbers, con men, and other shadowy figures from the criminal underworld attempted to ply their trades. FOLLOW THAT MAN aired live at its inception, but the four episodes included here were pre-recorded.