Enron: The Smartest Guys in the Room R 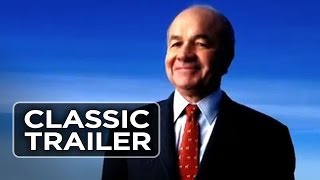 This searing examination of the Enron accounting scandal reveals the psychology of greed and corporate corruption that facilitated the company's rise to power and also its fall. When Enron went bankrupt in 2001, the principals walked away millionaires--but later faced legal proceedings and jail sentences. Meanwhile, many employees and investors were left with nothing, not even their 401k retirement savings. Shedding light on the new economy of the 1990s when predictions and book-cooking flourished without actual profits, the film shows how it was not Enron alone but a network of bankers, traders, and accountants who turned a blind eye to the company's clearly suspicious numbers. CEO Ken Lay and top dogs Jeff Skilling and Andy Fastow give candid interviews that illustrate their skill at deflecting hard questions and egotistically boasting about the company's success. In one of the company's cold and calculated moves--which caused the California power outages, and lead to the ousting of governor Gray Davis--Enron employees are shown laughing at forest fires. Unbelievable footage of employees reveals unbridled greed, lust for risk-taking, and guiltless cheating, all while thinking they could never be caught. Finally, a few brave whistle-blowers stepped forward, including Bethany McLean, author of the Enron novel upon which this film is based, who wrote an article in Fortune magazine calling the company's bluff. A remarkable documentary which packages the events of the scandal into a cohesive story, this is one film not to miss.

This film screened in the 2005 SXSW Film Festival in Austin, Texas.

The Wolf of Wall Street
$6.50 Super Savings
Add to Cart

We Steal Secrets: The Story of WikiLeaks
$7.48 on Sale
Add to Cart