The Texas Rangers: Three In The Saddle

Ranchers are being strong-armed by a ruthless businessman to sell their property in this "Texas Rangers" adventure. 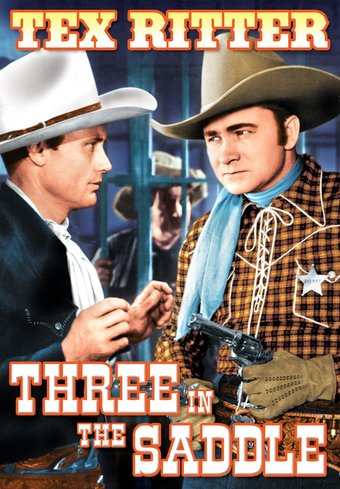 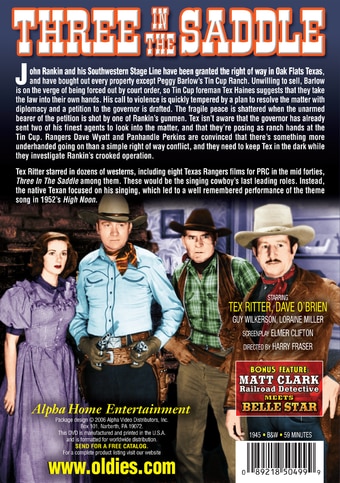 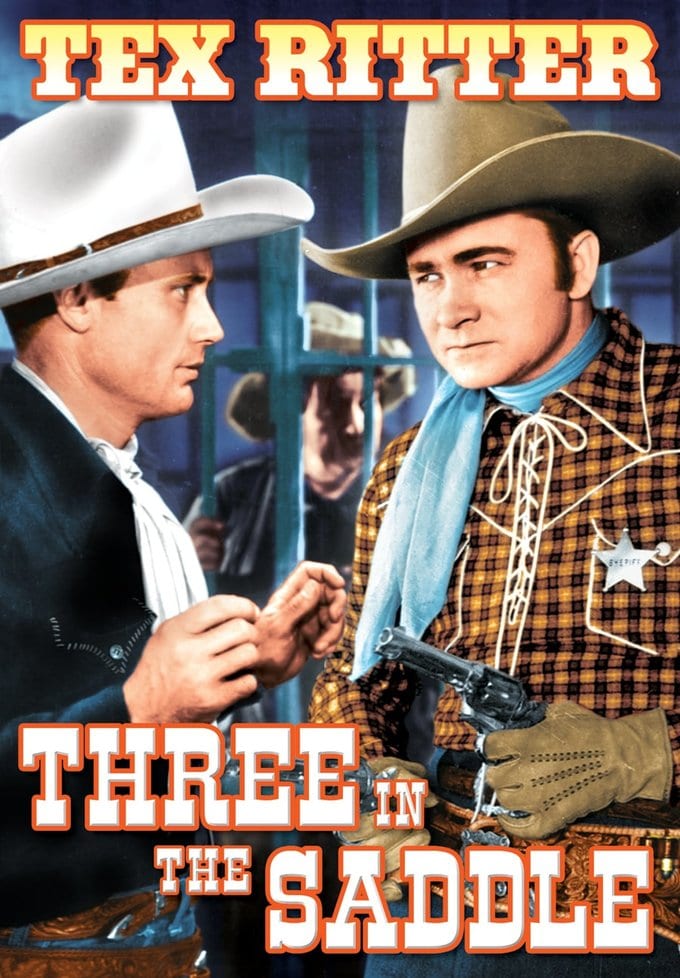 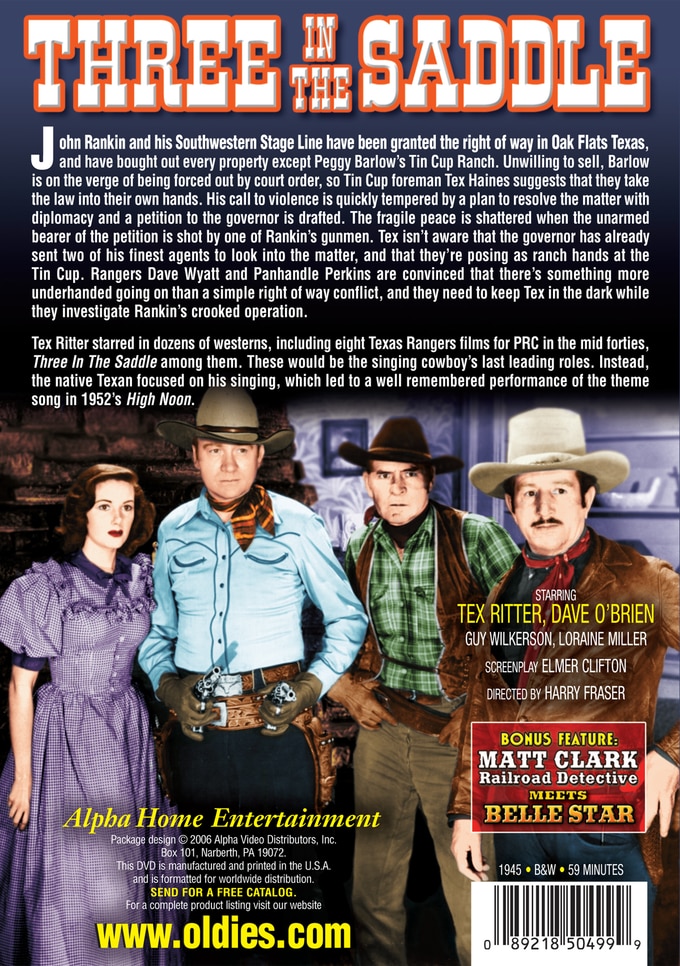 John Rankin and his Southwestern Stage Line have been granted the right of way in Oak Flats Texas, and have bought out every property except Peggy Barlow's Tin Cup Ranch. Unwilling to sell, Barlow is on the verge of being forced out by court order, so Tin Cup foreman Tex Haines suggests that they take the law into their own hands. His call to violence is quickly tempered by a plan to resolve the matter with diplomacy and a petition to the governor is drafted. The fragile peace is shattered when the unarmed bearer of the petition is shot by one of Rankin's gunmen. Tex isn't aware that the governor has already sent two of his finest agents to look into the matter, and that they're posing as ranch hands at the Tin Cup. Rangers Dave Wyatt and Panhandle Perkins are convinced that there's something more underhanded going on than a simple right of way conflict, and they need to keep Tex in the dark while they investigate Rankin's crooked operation.

Tex Ritter starred in dozens of westerns, including eight Texas Rangers films for PRC in the mid forties, Three In The Saddle among them. These would be the singing cowboy's last leading roles. Instead, the native Texan focused on his singing, which led to a well remembered performance of the theme song in 1952's High Noon.