Great Groups of The Fifties, Volume 3
by Various Artists 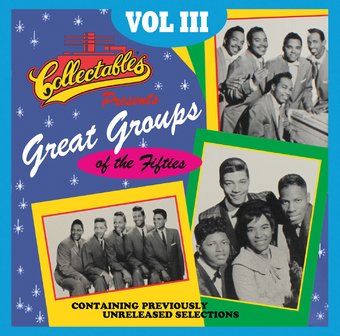 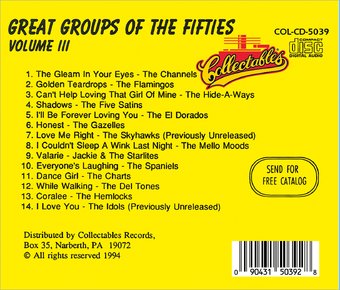 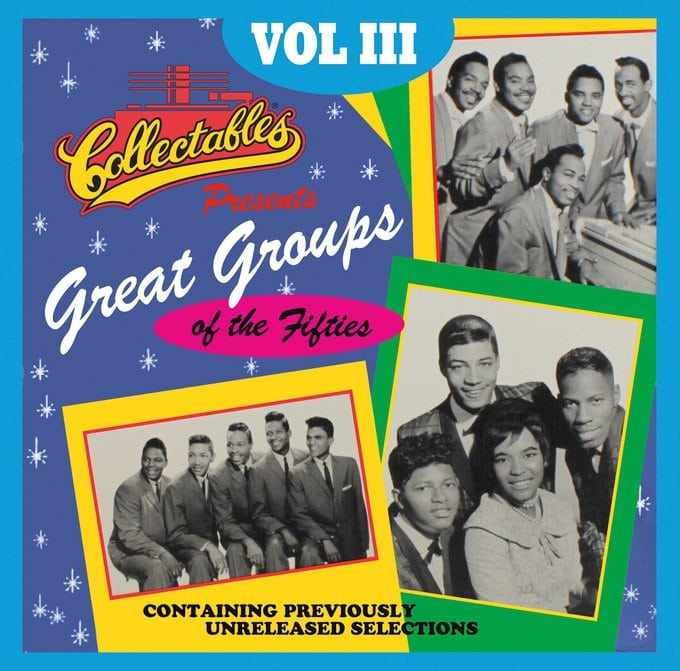 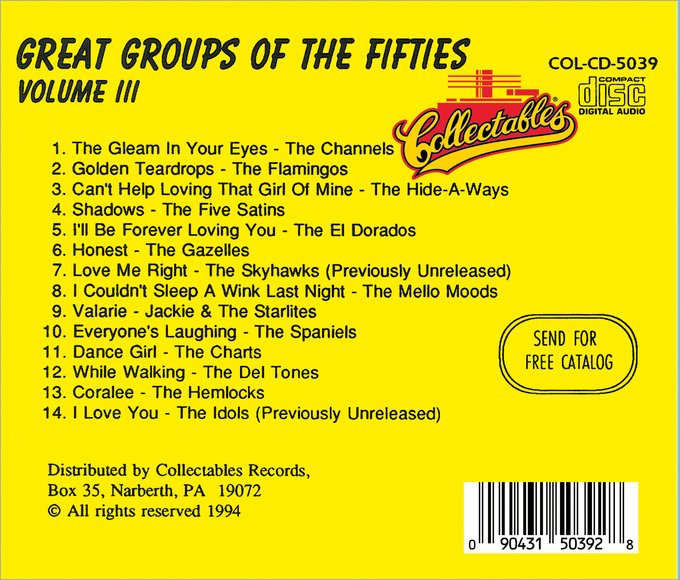 Doo Wop music had its heyday in the '50s. This volume of great Doo Wop music brings back the tight harmonies and the music you love. Fourteen tracks, groups highlighted include The Eldorados, The Flamingos, The Charts, and The Del Tones.

A cheap and rather unrepresentative look at the doo-wop era, Collectables' three-volume Great Groups of the Fifties series contains 14 songs (two of which were "previously unreleased") on each disc. As far as slapped-together overviews are considered, you could do a lot better, but the budget pricing makes them attractive to those who only want a beginner's sampling. The third volume features the Channels' "The Gleam in Your Eyes," the El Dorados' "I'll Be Forever Loving You," the Charts' "Dance Girl," the Mello-Moods' "I Couldn't Sleep a Wink Last Night," the Flamingos' "Golden Teardrops," and the Gazelles' "Honest." The two "previously unreleased" tracks here are the Idols' "I Love You" and the Skyhawks' "Love Me Right." ~ Andy Kellman