Great Groups of The Fifties, Volume 1
by Various Artists 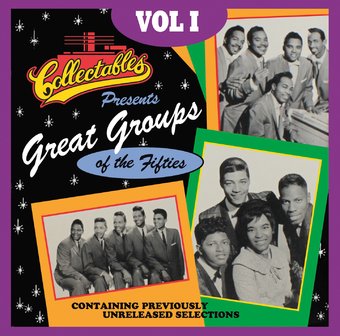 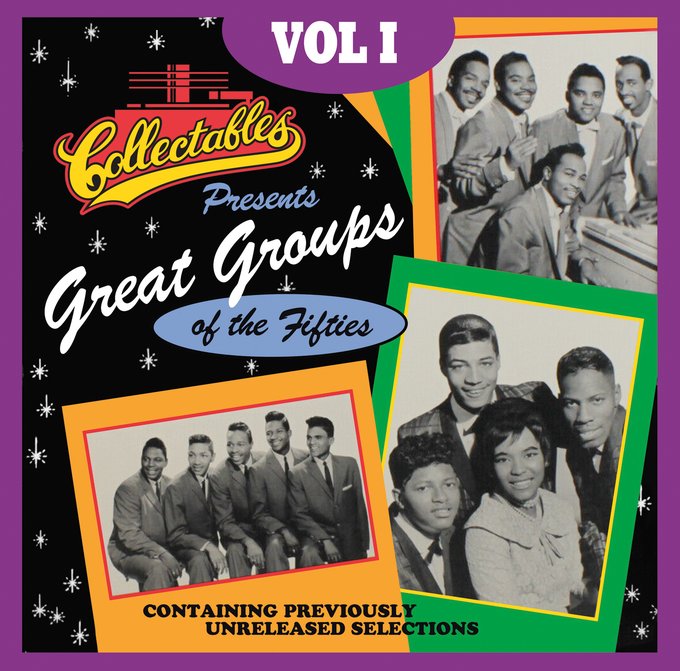 Doo Wop music had its heyday in the '50s - this volume of great Doo Wop music brings back the tight harmonies and the music you love. Fourteen tracks, groups highlighted include The Five Satins, The Roulettes, Louis Lymon & The Teenchords, and The Avalons.

A cheap and rather unrepresentative look at the doo-wop era, Collectables' three-volume Great Groups of the Fifties series contains 14 songs (two of which were "previously unreleased") on each disc. As far as slapped-together overviews are considered, you could do a lot better, but the budget pricing makes them attractive to those who only want a beginner's sampling. The first volume features the Five Satins' "In the Still of the Night," Louie Lymon & the Teenchords' "I'm So Happy," the Kodaks' "Oh Gee, Oh Gosh," the Channels' "Stars in the Sky," the Spaniels' "You Painted Pictures," and the Vocaleers' "Be True." The two "previously unreleased" tracks here are the Avalons' "What's Wrong" and the Veltones' "A Fool Was I."~ Andy Kellman

Customer Rating:
Based on 29 ratings.


I recently found Oldies.com and I am now hooked. I am an oldies fanatic and the Cd's I have found here are just incredible. Hard to find Cd's at my finger tips. I have enjoyed listening to the music and the quality is great! This Cd is very good if you love oldies.