Four episodes of this vintage dramatic series that chronicles the problem faced by young neurosurgeon as he pioneers new types of medical treatment. 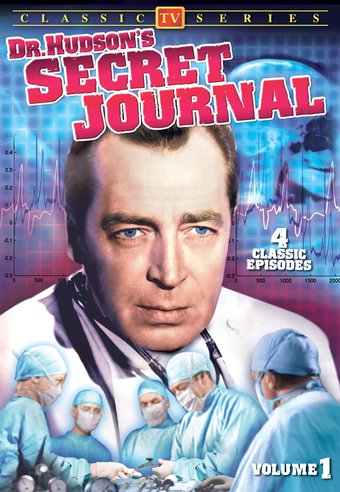 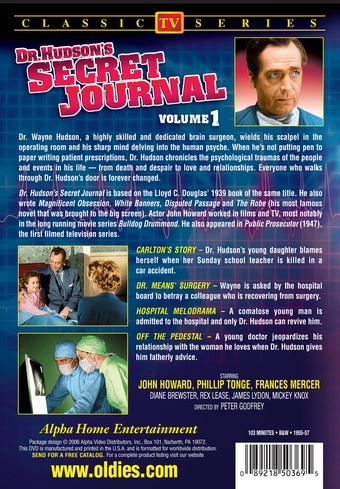 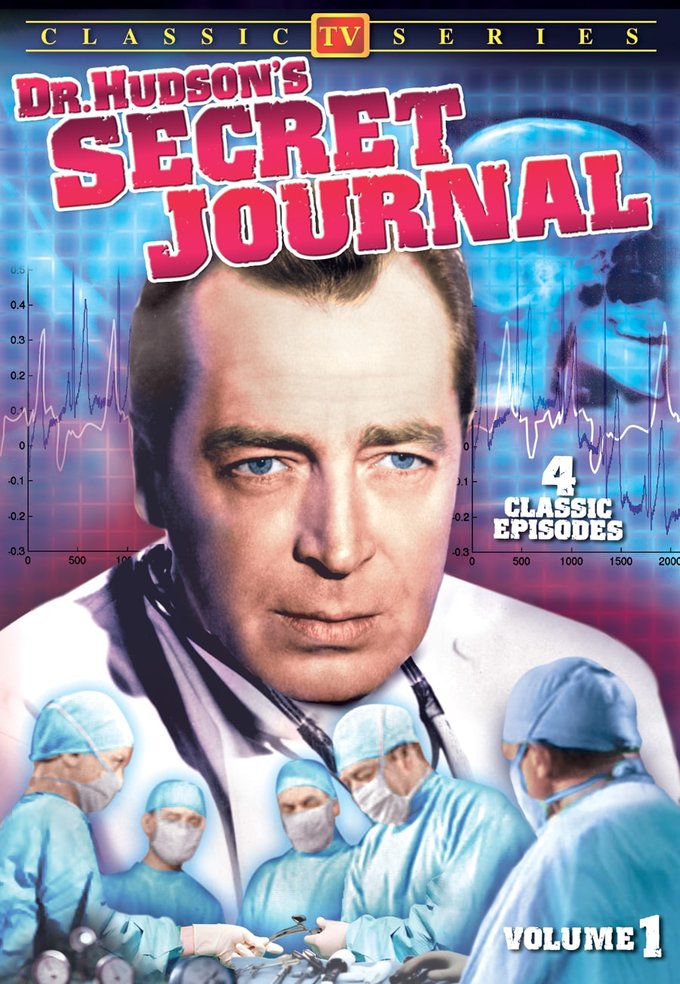 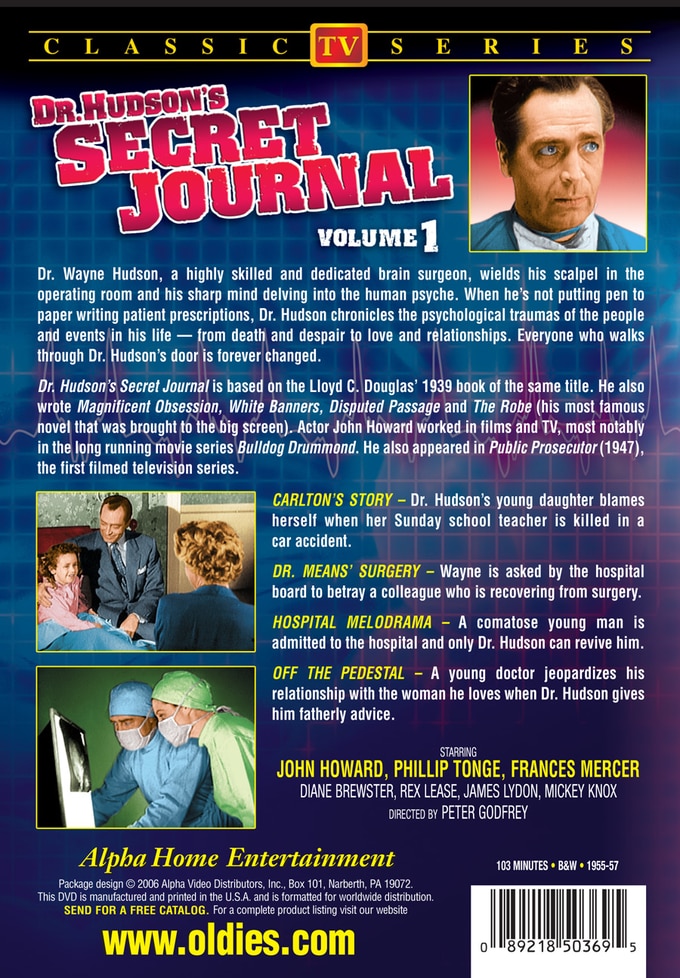 Dr. Wayne Hudson, a highly skilled and dedicated brain surgeon, wields his scalpel in the operating room and his sharp mind delving into the human psyche. When he's not putting pen to paper writing patient prescriptions, Dr. Hudson chronicles the psychological traumas of the people and events in his life - from death and despair to love and relationships. Everyone who walks through Dr. Hudson's door is forever changed. "Dr. Hudson's Secret Journal" is based on the Lloyd C. Douglas' 1939 book of the same title. He also wrote Magnificent Obsession, White Banners, Disputed Passage and The Robe (his most famous novel that was brought to the big screen). Actor John Howard worked in films and TV, most notably in the long running movie series Bulldog Drummond. He also appeared in "Public Prosecutor" (1947), the first filmed television series.

CARLTON'S STORY: Dr. Hudson's young daughter blames herself when her Sunday school teacher is killed in a car accident.

DR. MEANS' SURGERY: Wayne is asked by the hospital board to betray a colleague who is recovering from surgery.

HOSPITAL MELODRAMA: A comatose young man is admitted to the hospital and only Dr. Hudson can revive him.

OFF THE PEDESTAL: A young doctor jeopardizes his relationship with the woman he loves when Dr. Hudson gives him fatherly advice.

In this 1950s television show, Dr. Wayne Hudson, a brilliant neurosurgeon, delves into the traumas, loves, secrets, and psychology of the people around him


I love throwing myself back into the classic 50s & 60s TV shows
The simplicity of the shows and the plots are true and pure without leaning on special effects but this show is such a SNORE!!
Theres no intriguing plot, no villians,just a doctor recounting his experiences
The only thing that makes wish for the ending is just thats its finally done :(