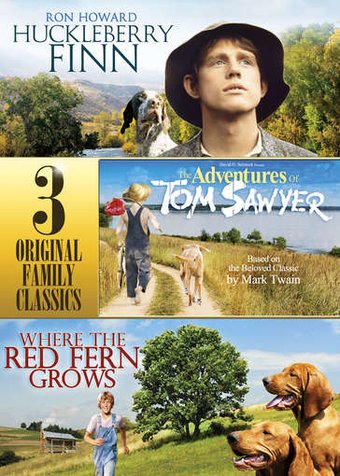 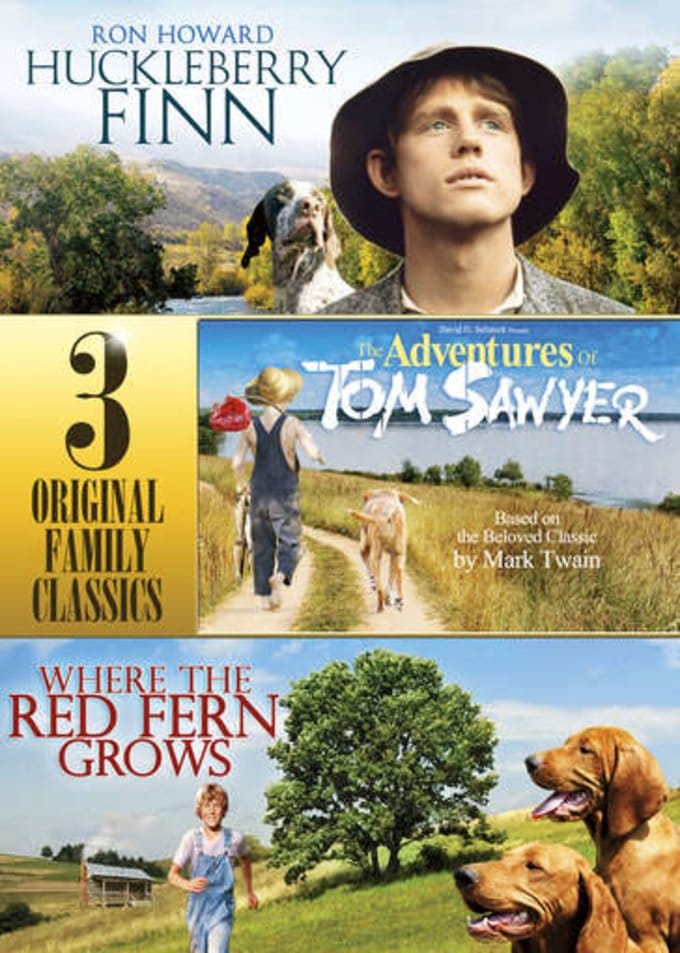 HUCKLEBERRY FINN: Always in a bind, Huckleberry Finn has learned to think on his feet. When his father kidnaps him, Huck fakes his own death and escapes down the wild Mississippi. While on the run, Huck teams up with his old friend, Jim, a slave headed to free territory. Together they encounter every kind of adventure imaginable.

THE ADVENTURES OF TOM SAWYER: In his small Missouri town, Tom Sawyer is a big troublemaker. When he's not tricking others into doing his work, he's upsetting his aunt, or wooing his young love. But sometimes Tom's mischief gets him in over his head...especially when he and his pal, Huckleberry Finn, witness a murder.

WHERE THE RED FERN GROWS: Billy Coleman, a boy growing up in the Ozarks of Oklahoma, is desperate for his own hunting dogs. He scrimps and saves to make his dream a reality, and his investment pays off when he and his dogs Old Dan and Lil' Ann win the top prize at the annual raccoon hunting contest.

BONUS - LASSIE: THE PAINTED HILLS: Jonathan Harvey strikes gold and returns home to learn that his former partner has passed away, orphaning his young son, Tommy. To keep the boy company while he and his new partner sort out their gold findings, Jonathan leaves Tommy in the care of his loyal Collie, Shep.

The Adventures of Huck Finn
$5.80 Super Savings
Add to Cart