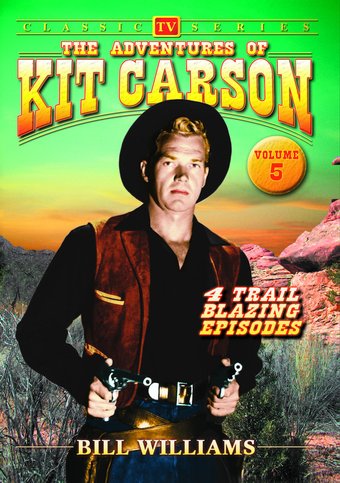 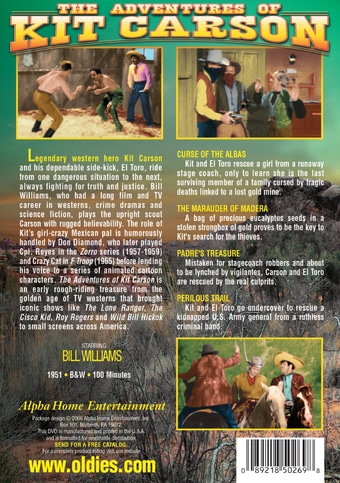 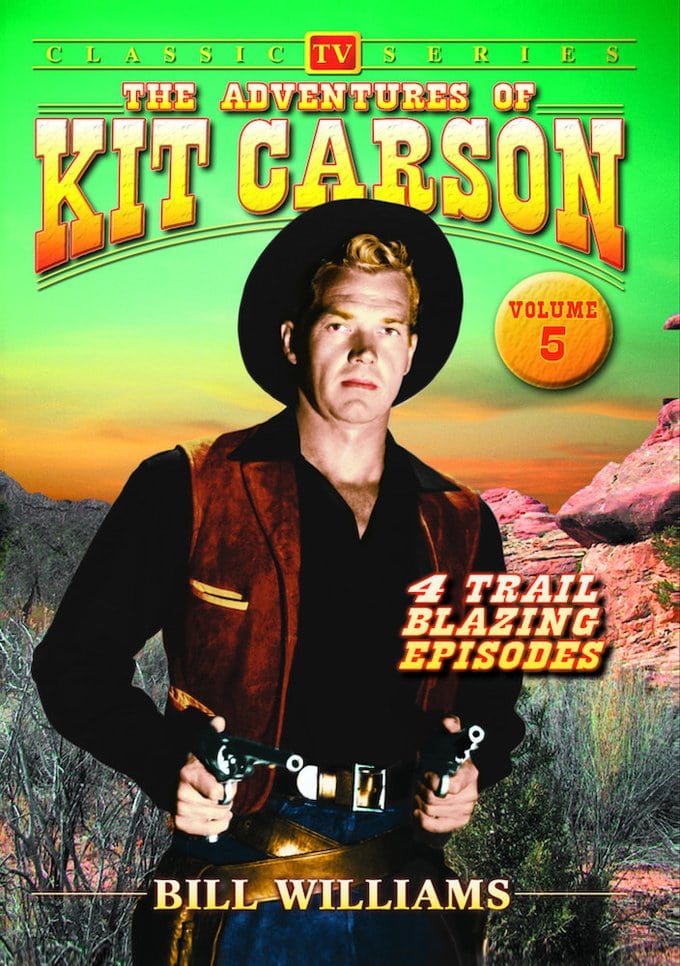 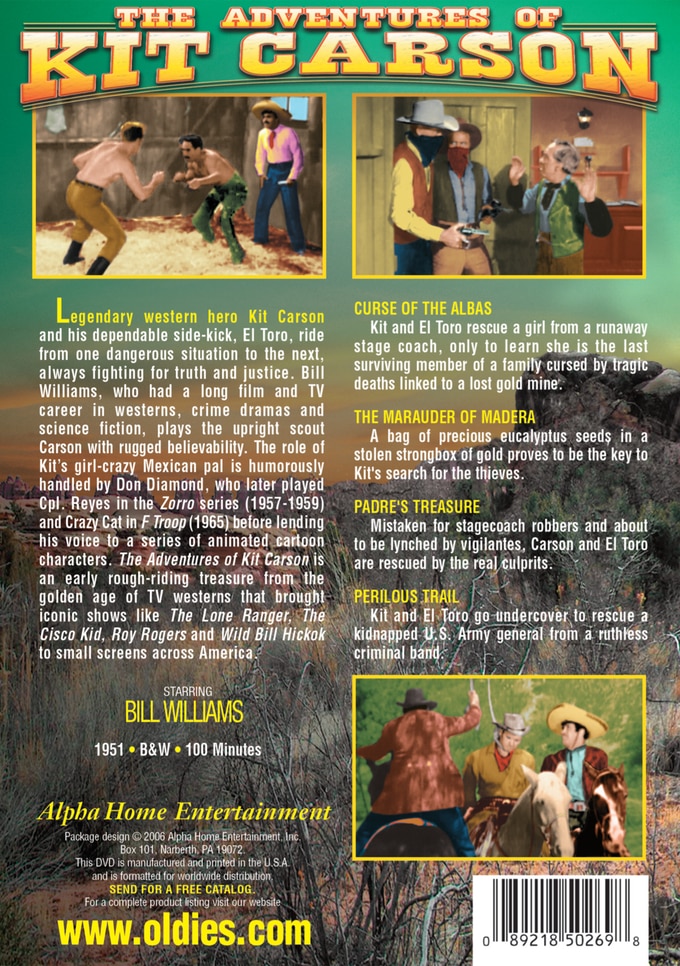 Curse of the Albas: Kit and El Toro rescue a girl from a runaway stage coach, only to learn she is the last surviving member of a family cursed by tragic deaths linked to a lost gold mine.

The Marauder of Madera: A bag of precious eucalyptus seeds in a stolen strongbox of gold proves to be the key to Kit's search for the thieves.

Padre's Treasure: Mistaken for stagecoach robbers and about to be lynched by vigilantes, Carson and El Toro are rescued by the real culprits.

Television Programs | Television Shows | Television / TV Series
This product is made-on-demand by the manufacturer using DVD-R recordable media. Almost all DVD players can play DVD-Rs (except for some older models made before 2000) - please consult your owner's manual for formats compatible with your player. These DVD-Rs may not play on all computers or DVD player/recorders. To address this, the manufacturer recommends viewing this product on a DVD player that does not have recording capability.