Mojo (Publisher): "...added a certain piquancy to his impressions with the merest touch of Buddy Holly..." 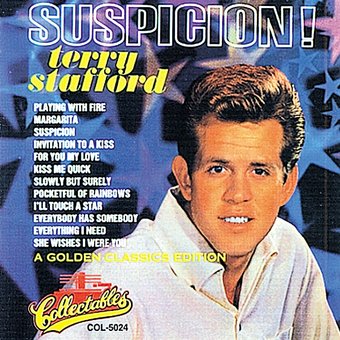 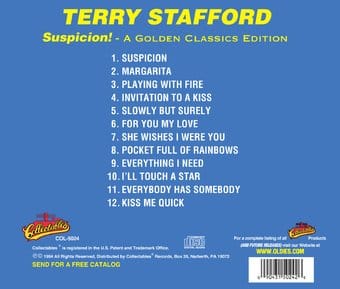 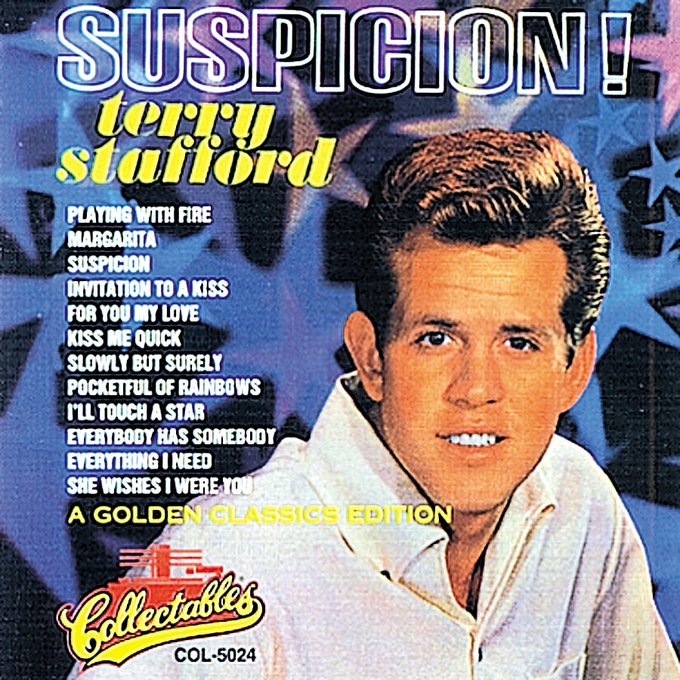 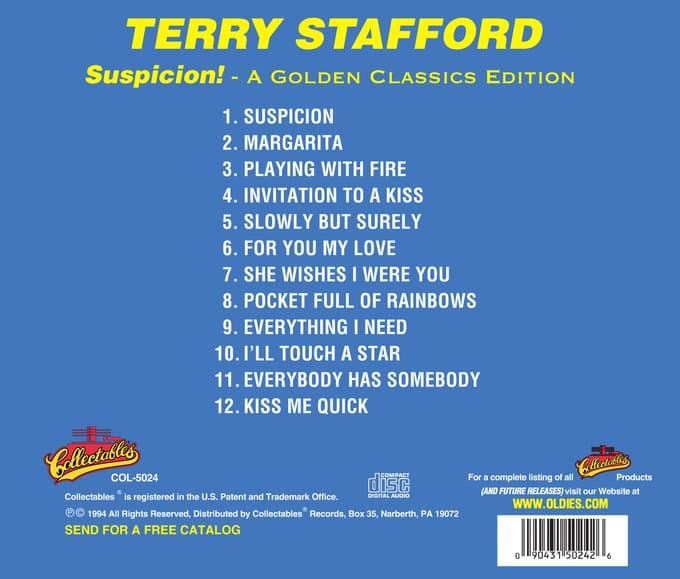 The first and greatest record by the Texas vocalist, Terry Stafford. This disc includes his biggest hit, the Elvis-sounding "Suspicion," and eleven more from the original sessions.

Includes liner notes by Gene Weed.
Personnel: Terry Stafford (vocals).
Liner Note Author: Gene Weed.
Arranger: Bob Summers.
Terry Stafford became one of only a few artists who managed to "steal" a hit from Elvis Presley by covering one of his album tracks -- in this case "Suspicion" from Presley's album Potluck. You wouldn't necessarily realize from that track the extent to which Stafford is a Presley sound-alike, but he is in the same category of great Elvis imitators such as Vince Everett and Ral Donner. "Suspicion" was Stafford's biggest hit by far, but he enjoyed two other hits on the Crusader label in 1964. "I'll Touch a Star" was a big one on the adult contemporary charts, and "Follow the Rainbow" missed the Top 100 by one position. Suspicion is a reissue of Stafford's 1964 album, and it includes the title track and "I'll Touch a Star" along with a number of other compositions by songwriters from Presley's stable. The one quirky flourish that keeps these songs from sounding just like Elvis is the rinky-dink keyboard that plays throughout. ~ Greg Adams

24%off
The Searchers
The Very Best of the Searchers [Universal]
$12.98 Super Savings
Add to Cart


I really enjoyed the opportunity to listen to a classic Elvis impersonator through your online audio system.


Overall it is a great collection of Terry Stafford. I enjoyed each demo alot