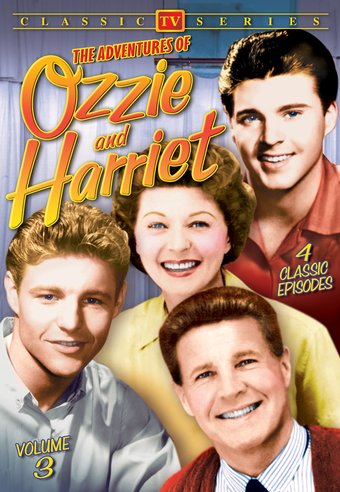 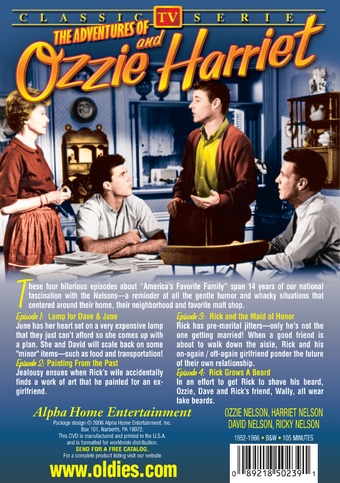 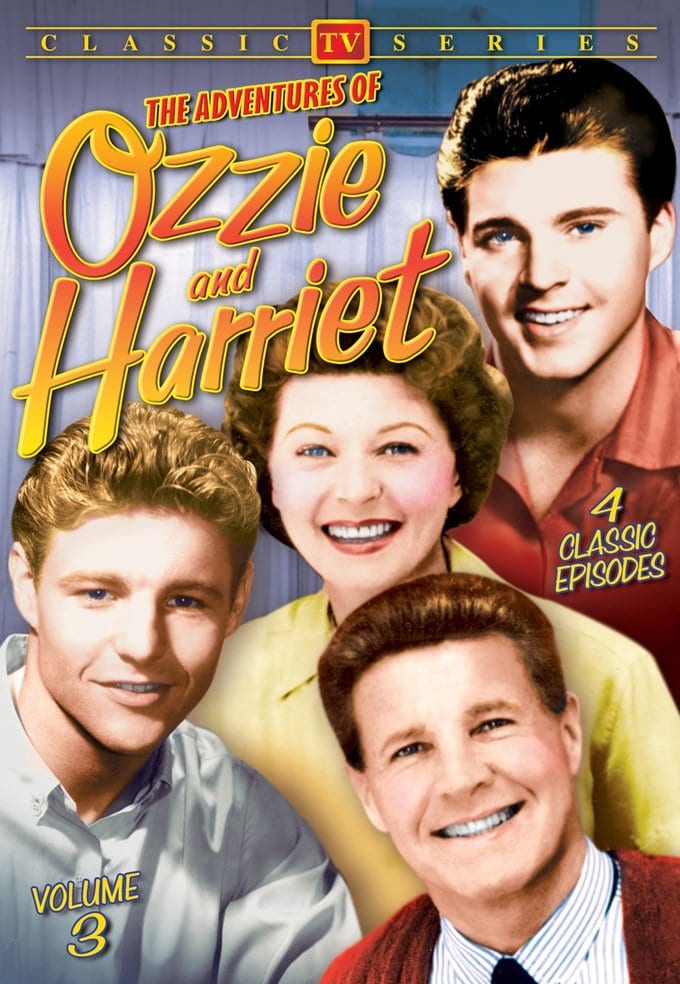 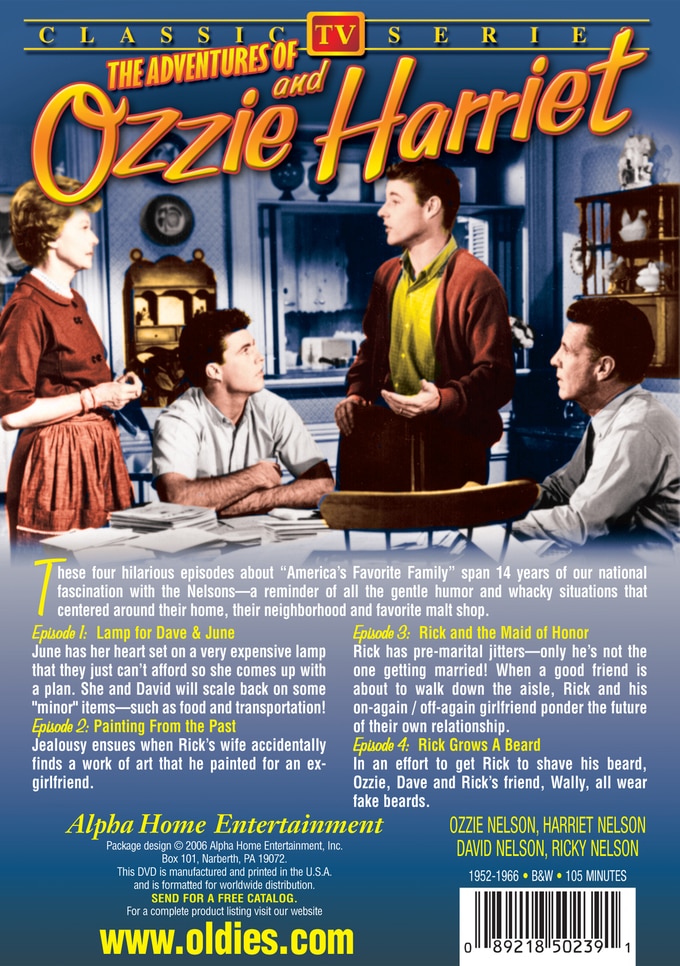 LAMP FOR DAVE & JUNE: June has her heart set on a very expensive lamp that they just can't afford so she comes up with a plan. She and David will scale back on some "minor" items - such as food and transportation!

PAINTING FROM THE PAST: Jealousy ensues when Rick's wife accidentally finds a work of art that he painted for an ex- girlfriend.

RICK AND THE MAID OF HONOR: Rick has pre-marital jitters - only he's not the one getting married! When a good friend is about to walk down the aisle, Rick and his on-again / off-again girlfriend ponder the future of their own relationship.

RICK GROWS A BEARD: In an effort to get Rick to shave his beard, Ozzie, Dave and Rick's friend, Wally, all wear fake beards.

This fascinating TV show presents a family tale with a twist: the storylines are largely based on the lives of the actors involved. The show ran over an extensive period of time, and featured the sons of the family going through difficult teenage years, marrying, and taking their first steps toward their careers. This volume contains four choice episodes of the series that is often linked with 1950s Americana.

Series | Compilation | Sitcoms | Comedy Teams
This product is made-on-demand by the manufacturer using DVD-R recordable media. Almost all DVD players can play DVD-Rs (except for some older models made before 2000) - please consult your owner's manual for formats compatible with your player. These DVD-Rs may not play on all computers or DVD player/recorders. To address this, the manufacturer recommends viewing this product on a DVD player that does not have recording capability.