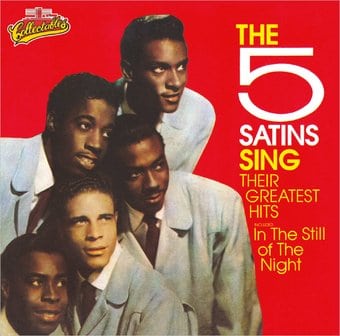 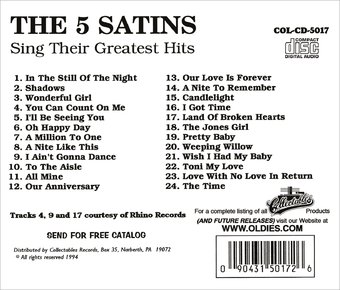 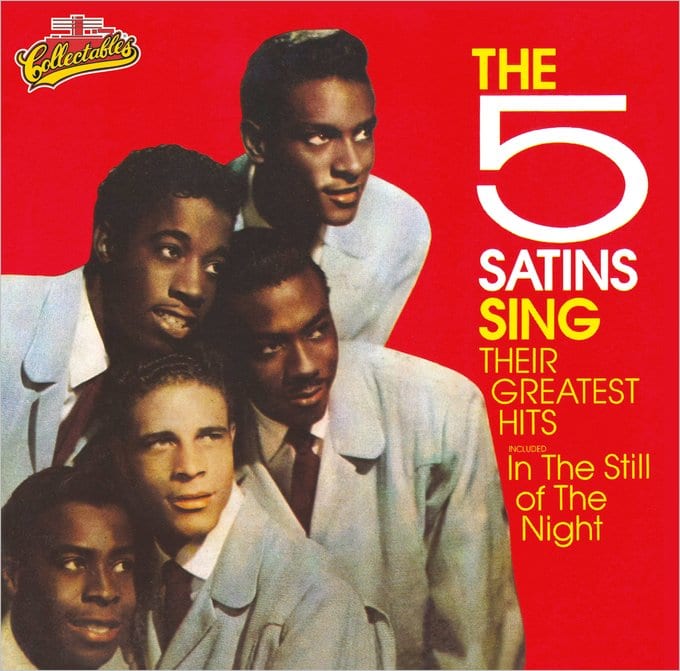 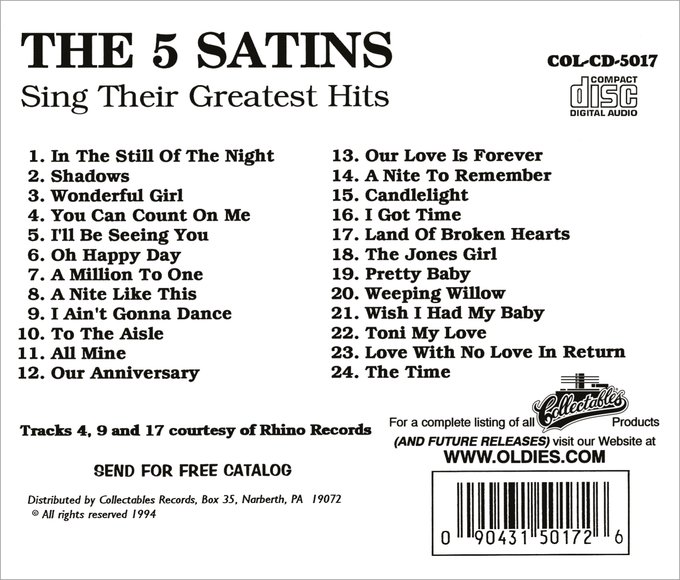 Formed in 1954, The Five Satins went on to become one of the most famous Doo Wop groups of all time. Singing in a style as smooth as their name, they scored hit after hit, the biggest of which, "In The Still Of The Night" (featured on this collection), went on to sell over three million copies.

Includes liner notes by Charlie Horner.
Liner Note Author: Charlie Horner.
Unknown Contributor Roles: Bill Baker; Eddie Martin .
The Five Satins defined the doo-wop era; it was a reissue of their classic 1955 single "In the Still of the Night" which sparked the doo-wop collector frenzy of the early '60s, the first instance of rock and roll nostalgia. However, unlike most doo-wop groups-the style was filled with glorious one-hit wonders-the Connecticut group had a long and successful career. (They even had a charting single in 1975 under the name Black Satin!) Lead singer Fred Parris and crew were close-harmony geniuses, as smooth as the older vocal groups that had inspired them, but with a fluidity and rubbery rhythmic sense that set them apart even from many of the doo-wop groups. This collection hits all of the highest points, with their defining song leading off 23 other tracks of hushed ballads and bouncy uptempo numbers, "Our Anniversary" and the beautiful "Weeping Willow" among the highlights.

60%off
The Orioles
Sing Their Greatest Hits
$5.98
Add to Cart

Customer Rating:
Based on 24 ratings.


I may be biased since this group is one of my all time favorite but the sounds on this CD is just what the doo wop fans are looking for. You cannot go wrong with this CD. Great collection of some of their greatest sounds. I highly recommend this collection.