All This And World War II (2-CD)
by Various Artists

17 ratings
Currently Out of Stock: We'll get more as soon as possible
Notify Me When Available
Add to Wishlist
Format:  CD  (2 Discs)
sku:  6249S
Our customers love us! 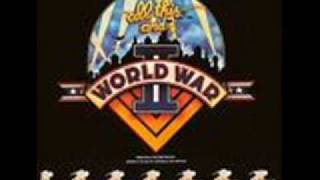 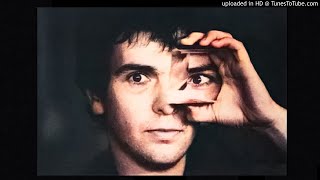 Personnel: Nicky Hopkins (piano); Barry Morgan, Ronnie Verrell (drums).
Director: Susie Winslow.
Editor: Colin Berwick.
Illustrators: Jack Room; Clyde Terry.
Arranger: Wil Malone .
All but lost to the footnotes of pop culture history largely due to its unavailability on home video, 1976's All This and World War II was, to put it mildly, an odd film. Cobbled together almost entirely from newsreel footage of World War II, all taken from the vaults of Movietone News, the film wasn't a documentary or an exercise in nostalgia, it was constructed as an anti-war film thanks to the presence of Beatles music which functioned as commentary on the events as they unfolded. Beatles music it may have been, but it wasn't performed by the Beatles: the Fab Four's classic tunes were covered by an all-star cast of pop and rock stars, assembled under the direction of record exec Russ Regan and produced by Lou Reizner. These artists were teamed up with a bunch of studio pros, highlighted by pianist Nicky Hopkins, along with the London Symphony Orchestra, who gave this music the bombastic pomp a project like this deserved. If the film itself was quite odd -- most notoriously, it featured Nazi soldiers being run in reverse as "Get Back" played on the soundtrack -- the soundtrack itself isn't particularly strange or compelling. Far from being as fascinatingly grotesque as the disco-fied soundtrack to 1978's Sgt. Pepper's Lonely Hearts Club Band, this is nevertheless similar to that fiasco in how it epitomizes the sound of its era. Only two years separated Sgt. Pepper's and All This and World War II, but where the former was a gaudy tacky embodiment of disco-rock and burned-out arena rock, the latter is a self-important, humorless encapsulation of pre-punk album-oriented rock.
This is a Brit-centric soundtrack -- it was a British production after all -- so it shouldn't be a surprise that it's heavy on British prog rockers and pop songwriters with an arty bent: Peter Gabriel, Bryan Ferry, Roy Wood, Jeff Lynne, Elton John, David Essex and Leo Sayer are all here, as are Ambrosia who may not be British but fit in well with that contingent. Then, there are mainstream superstars and middle-of-the-road artists like the Bee Gees, Rod Stewart, Helen Reddy, Frankie Laine, Frankie Valli and the Four Seasons (separately, mind you), the forgotten Lynsey de Paul, Henry Gross, with the Brothers Johnson and Tina Turner added for some diversity. But the fact of it is, it doesn't really matter who is singing here: it all sounds roughly the same thanks to the London Symphony Orchestra, who gives every song here altogether too much pomp and circumstance. That means that anybody enticed by the prospect of Peter Gabriel reinventing "Strawberry Fields Forever" or Roy Wood running wild on "Lovely Rita" will be disappointed by the perfectly fine versions here because they are, at the core, Reizner and the London Symphony Orchestra's interpretations of these songs; Gabriel and Wood are merely invited guests.
That's the case throughout All This and World War II: with the exception of Elton John's "Lucy in the Sky with Diamonds," which existed prior to this soundtrack, and Rod Stewart's "Get Back," the only cut here that features electric guitars playing loudly. The rest all mushes together in a hazy murk of pompous strings and blaring brass. As a reinterpretation of the Beatles, it's a bit muddy: it's as if all involved decided that since this was for an important film -- a film that really is trying to say something -- the music should be treated in a stodgy fashion, as if it were middlebrow classical music. But as a curio, it certainly evokes its time; and almost too well, as a matter of fact, since once it's done it's hard not to see exactly why punk rock happened. ~ Stephen Thomas Erlewine

The Beatles
Live at The Hollywood Bowl
$19.90 CD Sale
Add to Cart

Soundtrack
Once Upon a Time in Hollywood
$13.60 CD Sale
Add to Cart