Are Modern Mothers to be Blamed for the Wild Escapades of Their Sons & Daughters? 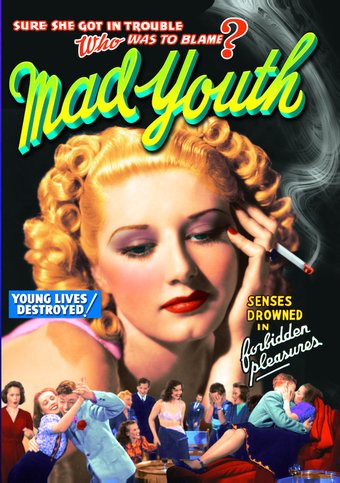 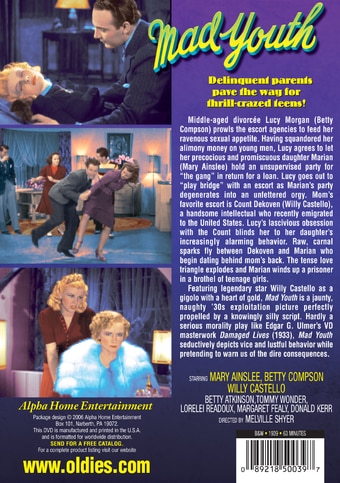 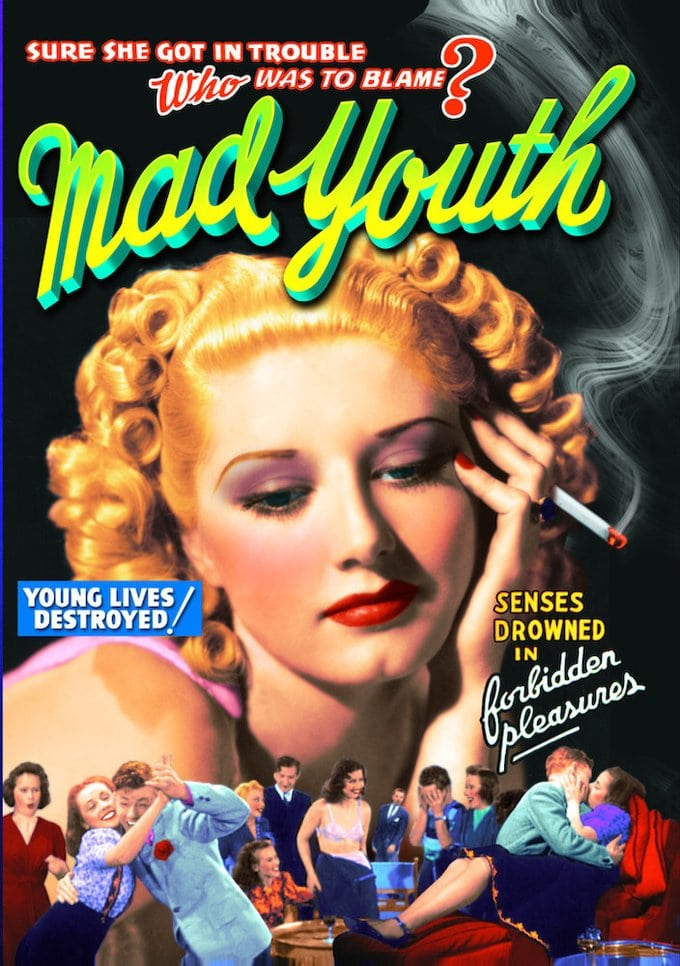 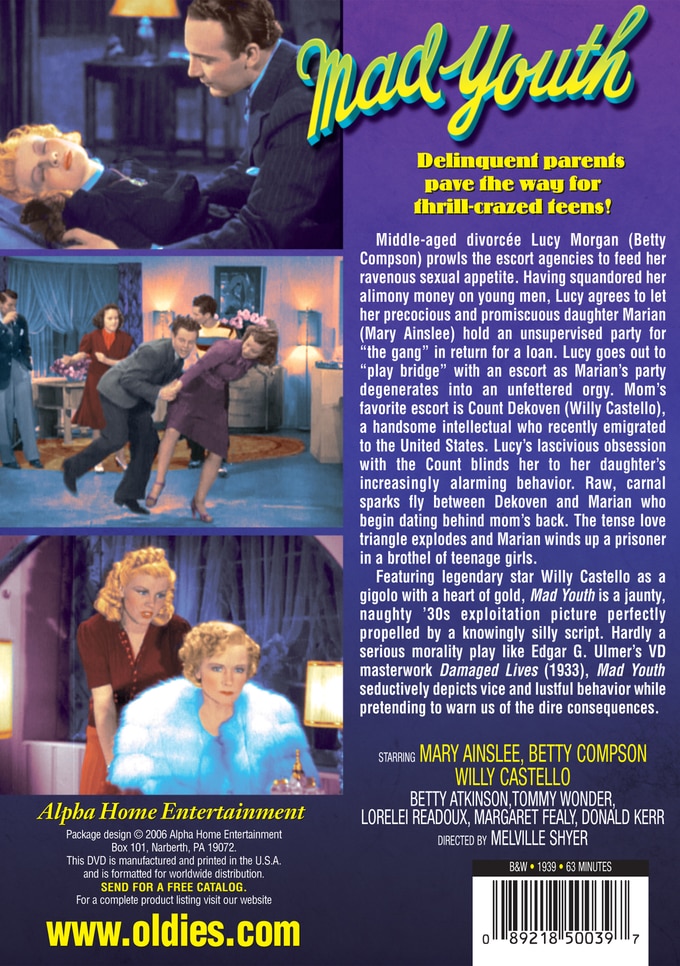 Middle-aged divorcee Lucy Morgan (Betty Compson) prowls the escort agencies to feed her ravenous sexual appetite. Having squandered her alimony money on young men, Lucy agrees to let her precocious and promiscuous daughter Marian (Mary Ainslee) hold an unsupervised party for "the gang" in return for a loan. Lucy goes out to "play bridge" with an escort as Marian's party degenerates into an unfettered orgy. Mom's favorite escort is Count Dekoven (Willy Castello), a handsome intellectual who recently emigrated to the United States. Lucy's lascivious obsession with the Count blinds her to her daughter's increasingly alarming behavior. Raw, carnal sparks fly between Dekoven and Marian who begin dating behind mom's back. The tense love triangle explodes and Marian winds up a prisoner in a brothel of teenage girls.

Exploitative gritty drama about a gigolo-chasing mom trying to steer her delinquent daughter clear of the fast lane.

Campy | Cult Film | Exploitation
This product is made-on-demand by the manufacturer using DVD-R recordable media. Almost all DVD players can play DVD-Rs (except for some older models made before 2000) - please consult your owner's manual for formats compatible with your player. These DVD-Rs may not play on all computers or DVD player/recorders. To address this, the manufacturer recommends viewing this product on a DVD player that does not have recording capability.