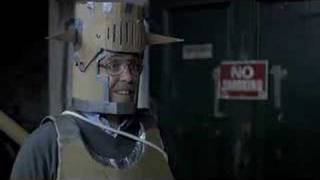 In search of a good time, Chris drops in on a Halloween party thrown by pretentious Brooklyn artists in this satirical horror film. Without warning, he becomes the object of their "Murder Party," an overblown art project that involves his torture and death. Naturally, Chris isn't so thrilled about this idea. However, though stuck in an unwieldy cardboard costume, Chris isn't as helpless as he looks, playing off hipster rivalries in a gory, and often hilarious, game of survival.

25%off
The Incredible Petrified World
$5.95 on Sale
Add to Cart