The Legend of Drunken Master R

He's got a secret weapon with a lot of kick.

93K ratings
Out of Print: Future availability is unknown
Notify Me When Available
Add to Wishlist
Format:  DVD
sku:  HH79
91% recommend us! 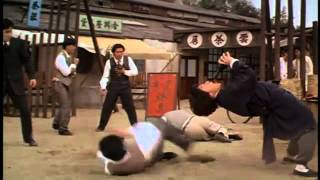 The Legend of Drunken Master Trailer

This sequel to 1978's DRUNKEN MASTER features Jackie Chan returning to his role as the mischievous martial artist who outsmarts his father and tangles with Euro-thugs in the streets of Hong Kong in order to rescue stolen Chinese artifacts. Chan employs the hilarious but effective style of kung fu known as the "drunken" style. The movie is a true action masterpiece featuring some of the most intense fighting sequences ever filmed.

The Legend Of Drunken Master
The action legend himself -- Jackie Chan (SHANGHAI NOON, RUSH HOUR) -- explodes across the screen in a power-packed adventure that critics agree captures some of the most incredible action stunts ever! When the British government is discovered smuggling precious Chinese artifacts out of the country, folklore hero Wong Fei-Hung (Chan) uses his uniquely outlandish style of martial arts ... Drunken Boxing ... to fight the conspirators and salvage the valuables before it's too late! And the more Hung drinks, the more agile he becomes -- able to fend off numerous attacks with unbelievable moves! With Chinese treasures and family pride on the line, Hung steps up to every challenge in this fun and unstoppably entertaining hit!