The Unthanks Diversions, Volume 4: The Songs and Poems of Molly Drake 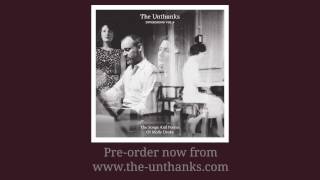 Personnel: Gabrielle Drake (spoken vocals); Chris Price (guitar, double bass); Niopha Keegan (violin, viola); Faye Maccalman (clarinet, tenor saxophone); Adrian McNally (piano).
Audio Mixer: Adrian McNally.
Recording information: Northumberland.
The fourth installment in the eclectic English folk group's fascinating Diversions series (previous entries have dissected the music and styles of Robert Wyatt and Antony & the Johnsons, working-class marching bands, and England's history of shipbuilding), Diversions, Vol. 4: The Songs and Poems of Molly Drake sees the Unthanks covering a selection of works by the mother of one of British folk's greatest exports, Nick Drake. Molly Drake, who was a huge musical influence on her son, never released any of her home recordings during her lifetime, though an eponymous compilation of her songs and poems was issued in 2013 via Squirrel Thing Records. Like Nick, Molly was a deft weaver of atmosphere, and her words and music lend themselves well to the Unthanks' particular brand of spectral, contemporary English folk music -- much of the poetry and spoken word bits were performed by Molly's daughter Gabrielle. Minimal, yet brimming over with emotions both bright and dulled by pain and loss, the 15-track set is a marvel of restraint and refinement, with Rachel and Becky Unthank's otherworldly voices accompanied only by piano and violin. The songs themselves, which Drake wrote and recorded during the '50s, are very much of their time, postcards of a cautiously hopeful post-war Britain, peppered with nostalgia and open to despair. ~ James Christopher Monger

17%off
The Unthanks
Lines Part One: Lillian Bilocca
$16.50
Add to Cart