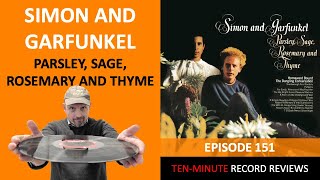 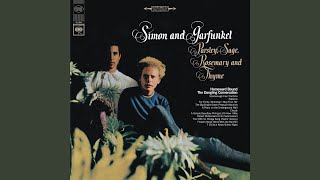 Personnel includes: Paul Simon (vocals, guitar); Art Garfunkel (vocals).
Reissue producer: Bob Irwin.
Recorded between December 14, 1965 and December 22, 1966.
Originally released on Columbia Records (9363).
Includes liner notes by Bud Scoppa.
From the opening finely-woven tapestry, "Scarborough Fair/Canticle," to the closing wake-up call, "7 O'Clock News/Silent Night," Paul Simon and Art Garfunkel present a powerful statement--theirs was to be the new standard in contemporary rock. These harmonies were not those of the fun-loving Beach Boys, and these two New Yorkers weren't singing about girls in bikinis. They sang about women who read Emily Dickinson. Intellectual folk-based rock flourished in this classic collection written by the poet-of-the-moment, Paul Simon. The chemistry between Paul's warm, low tenor and Art's high, airy, etheral tenor was an unrivaled mix, creating a precise harmonic exchange that lent itself perfectly to Paul's well-crafted songs. The intricate arrangement of "Scarborough Fair" is one of the prettiest in the band's catalogue.
PARSLEY, SAGE, ROSEMARY AND THYME contains songs that have since become part of the American musical lexicon: the multi-layered poetry of "Dangling Conversation," and the emotional ode "For Emily, Whenever I May Find Her." Songs like "Patterns" signalled that there was now an articulate elite that was changing the sound of the musical landscape. The revolution in the streets and campuses was making its way on to radio airwaves and thence into people's homes. But as heavy as they were politically and intellectually, the duo could still offer up an infectious, light-hearted ditty like "The 59th Street Bridge Song (Feelin' Groovy)."