29K ratings
Currently Out of Stock: We'll get more as soon as possible
Notify Me When Available
Add to Wishlist
Format:  DVD
sku:  Q38R
Our customers love us! 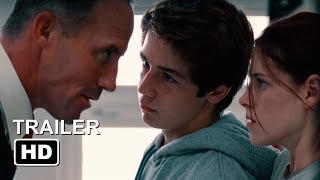 Melina Sordino (Kristen Stewart, UNDERTOW) is entering the notoriously difficult time that is the freshman year of high school. She is no average troubled youth, however, for she refuses to utter a word, ever since a party to celebrate the end of 8th grade resulted in a violent encounter for the young girl. Now, ostracized by her schoolmates, alienated from her mother (Elizabeth Perkins, BIG) and father (D.B. Sweeney, THE DARWIN AWARDS), and feeling entirely alone, she retreats into an interior world. But hope presents itself in the form of empathetic art teacher Mr. Freeman (Steve Zahn, SAHARA, DADDY DAY CARE), who accepts Melinda's silence but pushes her towards other means of self-expression. With his aid and understanding, Melinda is able to discover her voice and talent, as well as regain her joy in life. Based on the award-winning novel by Laurie Halse Anderson, this official Sundance selection offers a sensitive portrayal of a hugely important issue, and features a stunning performance by the talented Stewart.

Welcome To The Rileys
$13.10 Super Savings
Add to Cart

Leave No Trace
$19
Add to Cart

Welcome To The Rileys (Blu-ray)
$19
Add to Cart