Spin: "[A] sweetly embittered geopolitical epic about the not-too-distant future..." - Grade: B+ 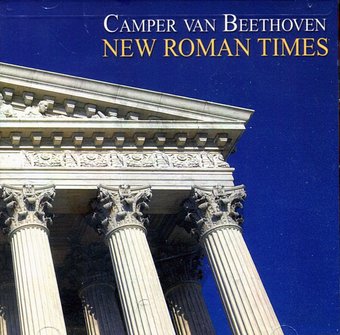 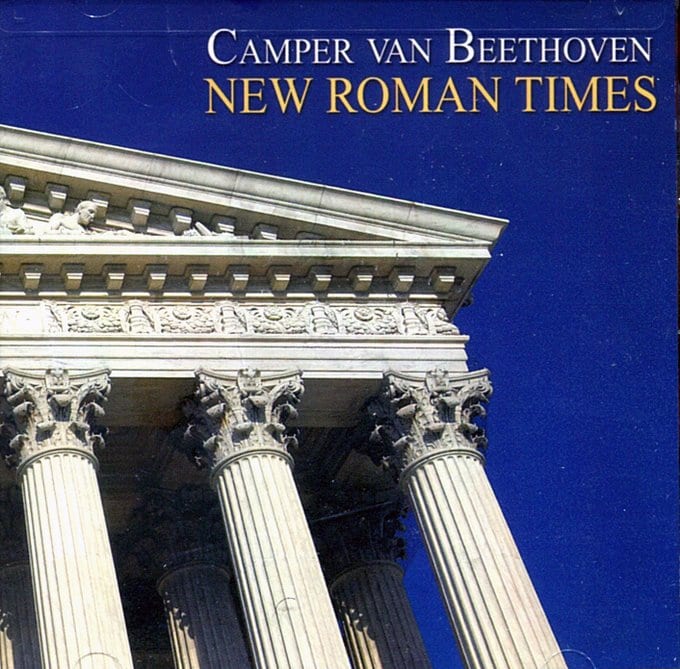 Camper Van Beethoven: Jonathan Segel (vocals, guitar, violin, synthesizer); David Lowery (vocals, guitar, piano); David Immergl?ck (guitar, pedal steel guitar, mandolin, background vocals); Victor Krummenacher (guitar, bass guitar); Greg Lisher (guitar); Chris Pedersen (drums, percussion).
Additional personnel: Alan Weatherhead (guitar, pedal steel guitar, synthesizer); John Hickman (autoharp, midi, background vocals); William Grishaw (piano, synthesizer); Kenny Margolis (keyboards); Chris Molla (synthesizer); Miguel Urbiztondo (drums, percussion); Ches Smith, Frank Funaro (drums); Lauren Hoffman, Casey Martin, Teddy Blanks, Julia McCauley, Anne Hege, Nina Gates, Darion Arnette (background vocals).
Camper Van Beethoven began stealthily reviving their recording career not long after reuniting in 2000 -- while the official line was that their idiosyncratic 2002 re-recording of Fleetwood Mac's Tusk was an older unreleased project, as was much of the material on the 2000 anthology Camper Van Beethoven Is Dead: Long Live Camper Van Beethoven, the truth is both were recorded following the band's return to touring. However, by 2004 they decided it was time to release a legitimately "new" album, and New Roman Times was the result. It also proved to be one of the most ambitious projects CvB had ever attempted, a 20-track concept album that imagines an alternate future where the United States has been reshaped into an uneasy association of 13 separate nations, as one young man from the Christian Republic of Texas signs up to fight in a civil war that's broken out between the Northern and Southern factions of California. As far as the album's ongoing narrative goes, it's hard to tell the players without a scorecard, but the album's themes of the nature of conflict, the trade in contraband as a form of underground governance, and how ordinary people find themselves caught up in large events all make themselves felt, even after casual listening. As the narrative would suggest, New Roman Times is somber by Camper Van Beethoven's standards, though numbers like "Hippie Chix," "I Hate This Part of Texas," and "Militia Song" show their playful side had not abandoned them, and though this edition of CvB took fewer chances musically than they did on their wildly eclectic early albums (and honestly sound tighter and more professional as a consequence), the faux internationalism of "R 'n' R Uzbekistan," "Sons of the New Golden West," and "Might Makes Right" sounds like the work of the band that made Telephone Free Landslide Victory. (And the oddball sonic manipulations of "Los Tigres Traficantes" and "Sons of the New Golden West (Reprise)" play nicely with CvB's long history of oblique, stoner-friendly humor.) New Roman Times isn't always of a piece with the band's celebrated body of work from the '80s, but it's not hard to imagine they could have come up with something like this as the follow-up to Key Lime Pie, and it's as imaginative as anything this band would ever bring forth. ~ Mark Deming

60%off
Good Charlotte
Live At Brixton Academy (DVD)
$3.98 on Sale
Add to Cart

43%off
Hits From the Underground: The 80's
$4 Super Savings
Add to Cart