The Man Who Walked Alone

A soldier is accused of desertion when he is caught speeding with the "wrong" woman in his car. 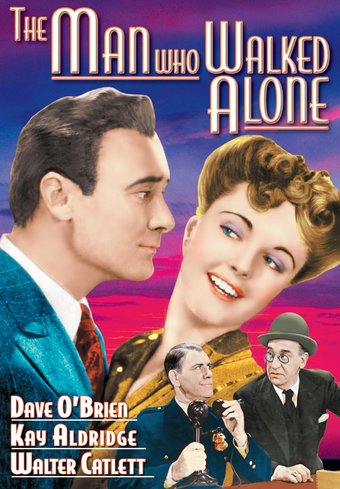 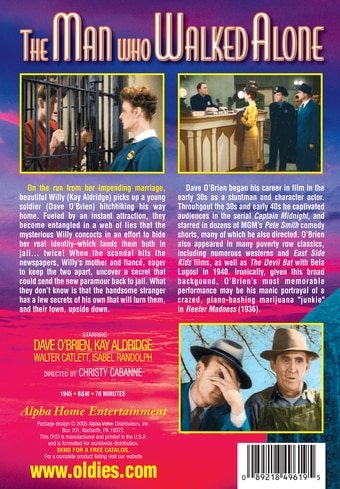 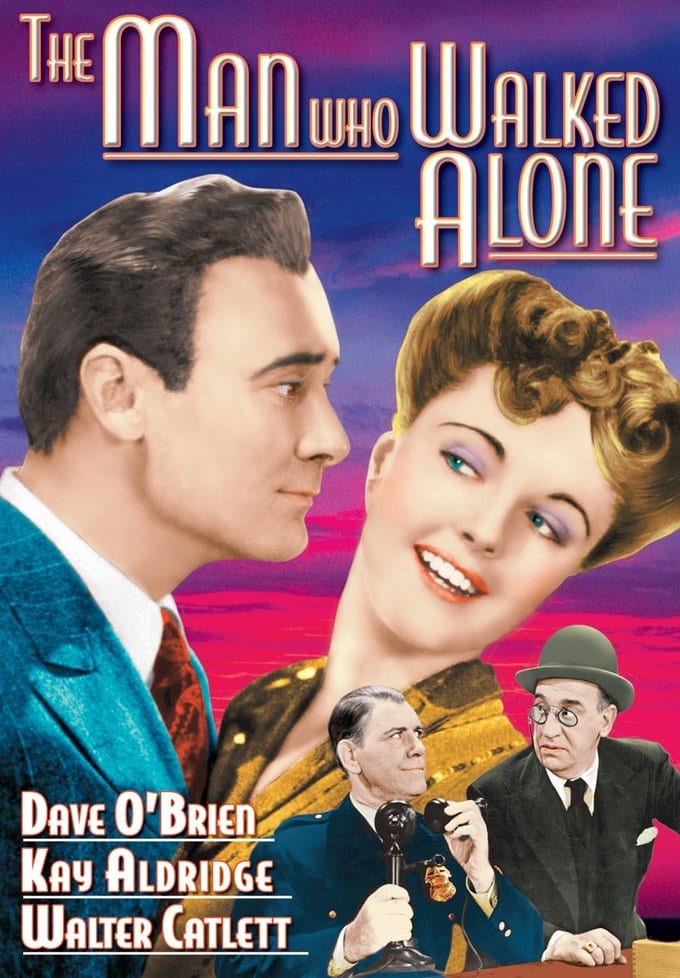 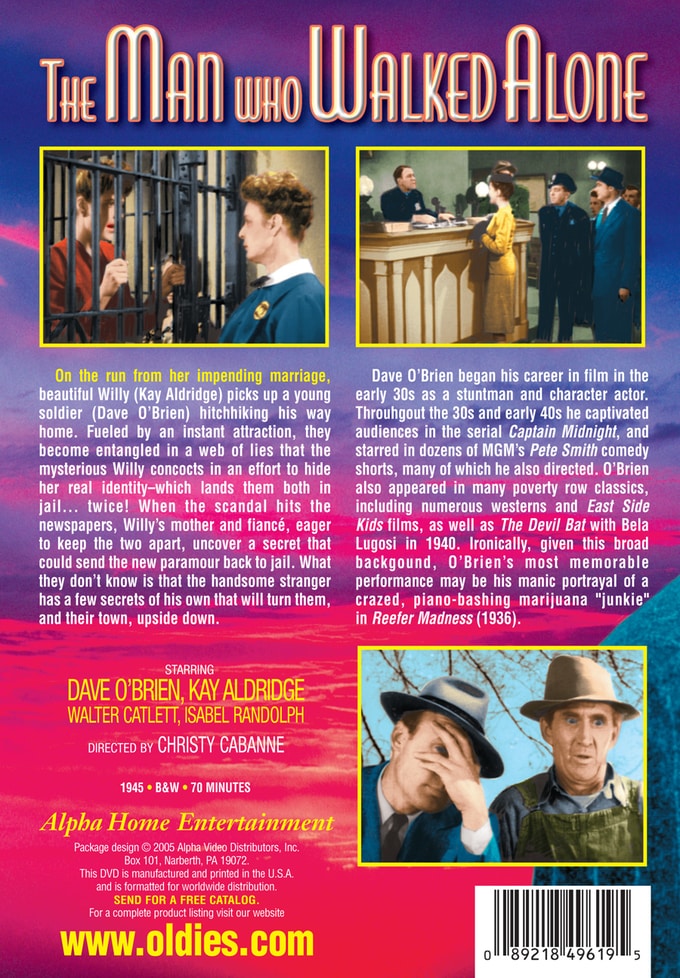 On the run from her impending marriage, beautiful Willy (Kay Aldridge) picks up a young soldier (Dave O'Brien) hitchhiking his way home. Fueled by an instant attraction, they become entangled in a web of lies that the mysterious Willy concocts in an effort to hide her real identity - which lands them both in jail... twice! When the scandal hits the newspapers, Willy's mother and fiance, eager to keep the two apart, uncover a secret that could send the new paramour back to jail. What they don't know is that the handsome stranger has a few secrets of his own that will turn them, and their town, upside down.

Dave O'Brien began his career in film in the early 30s as a stuntman and character actor. Throughout the 30s and early 40s he captivated audiences in the serial Captain Midnight, and starred in dozens of MGM's Pete Smith comedy shorts, many of which he also directed. O'Brien also appeared in many poverty row classics, including numerous westerns and East Side Kids films, as well as The Devil Bat with Bela Lugosi in 1940. Ironically, given this broad backgound, O'Brien's most memorable performance may be his manic portrayal of a crazed, piano-bashing marijuana "junkie" in Reefer Madness (1936).

A decorated war veteran and a wealthy heiress running away from her fiancé get involved in a series of humorous scrapes and misadventures as they are accused of stealing a car, breaking into a mansion, and, worst of all, being in love.

Superman and the Mole Men
$7.40 Super Savings
Add to Cart