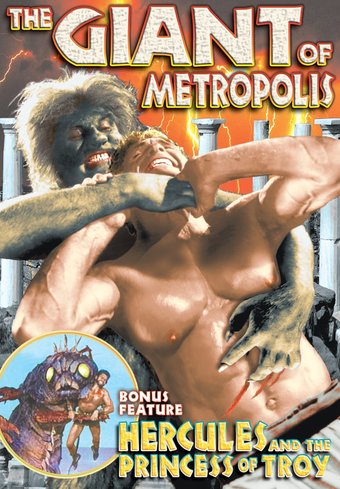 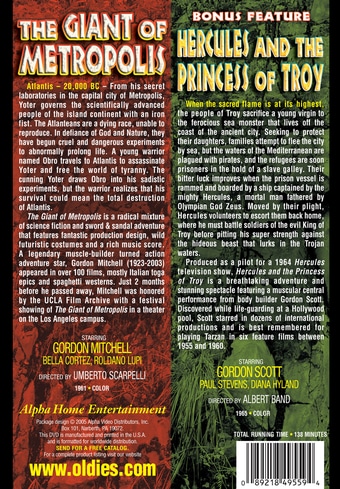 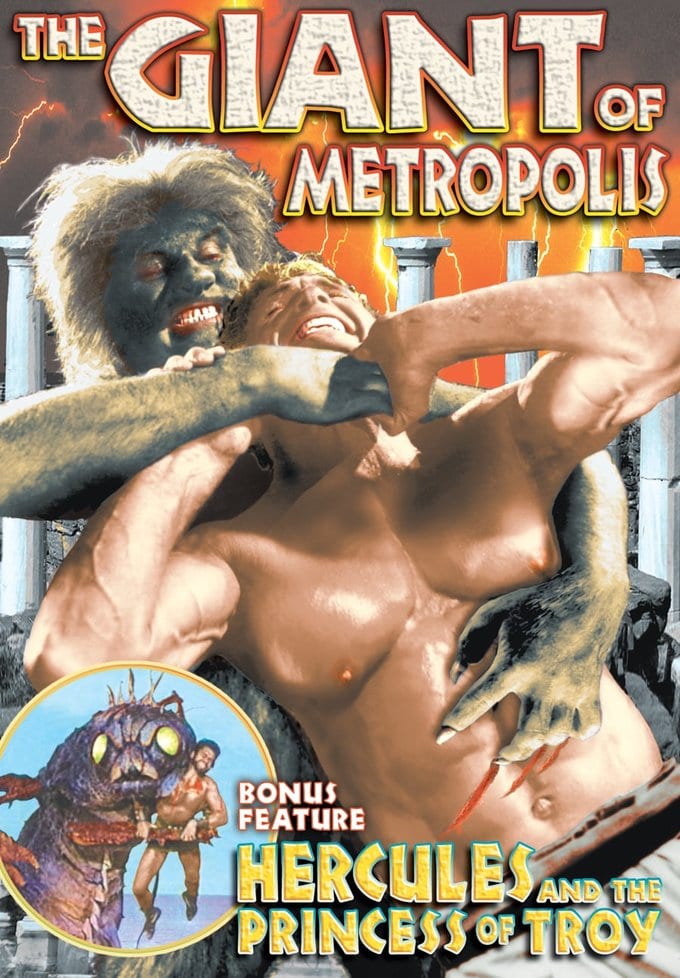 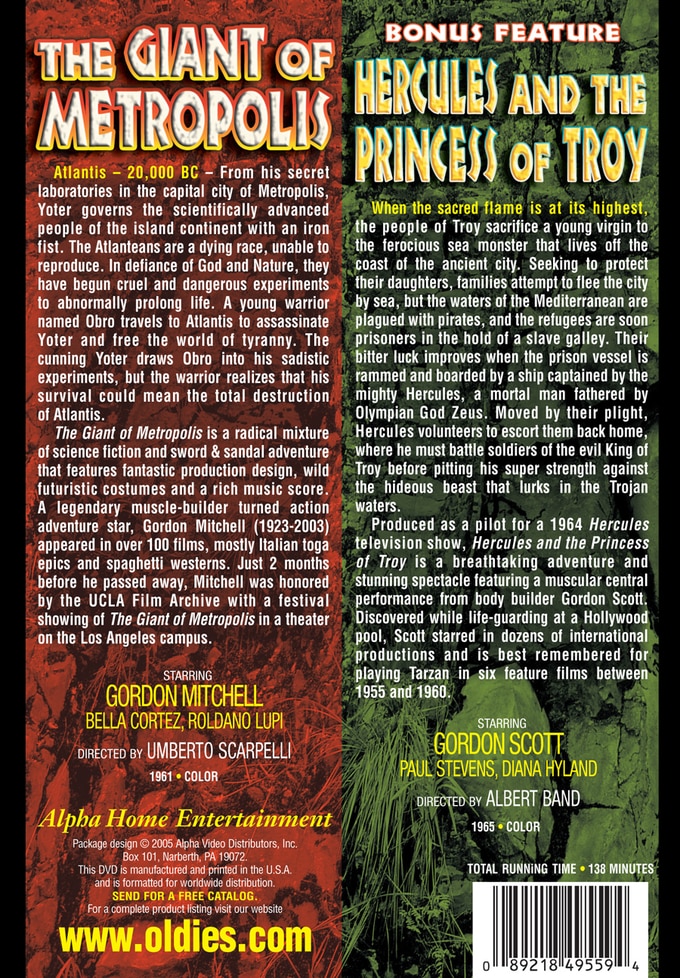 The Giant of Metropolis (1961, 90 Minutes): Atlantis - 20,000 BC - From his secret laboratories in the capital city of Metropolis, Yoter governs the scientifically advanced people of the island continent with an iron fist. The Atlanteans are a dying race, unable to reproduce. In defiance of God and Nature, they have begun cruel and dangerous experiments to abnormally prolong life. A young warrior named Obro travels to Atlantis to assassinate Yoter and free the world of tyranny. The cunning Yoter draws Obro into his sadistic experiments, but the warrior realizes that his survival could mean the total destruction of Atlantis.

The Giant of Metropolis is a radical mixture of science fiction and sword & sandal adventure that features fantastic production design, wild futuristic costumes and a rich music score. A legendary muscle-builder turned action adventure star, Gordon Mitchell (1923-2003) appeared in over 100 films, mostly Italian toga epics and spaghetti westerns. Just 2 months before he passed away, Mitchell was honored by the UCLA Film Archive with a festival showing of The Giant of Metropolis in a theater on the Los Angeles campus.

Hercules and the Princess of Troy (1965, 48 Minutes): When the sacred flame is at its highest, the people of Troy sacrifice a young virgin to the ferocious sea monster that lives off the coast of the ancient city. Seeking to protect their daughters, families attempt to flee the city by sea, but the waters of the Mediterranean are plagued with pirates, and the refugees are soon prisoners in the hold of a slave galley. Their bitter luck improves when the prison vessel is rammed and boarded by a ship captained by the mighty Hercules, a mortal man fathered by Olympian God Zeus. Moved by their plight, Hercules volunteers to escort them back home, where he must battle soldiers of the evil King of Troy before pitting his super strength against the hideous beast that lurks in the Trojan waters.

Produced as a pilot for a 1964 Hercules television show, Hercules and the Princess of Troy is a breathtaking adventure and stunning spectacle featuring a muscular central performance from body builder Gordon Scott. Discovered while life-guarding at a Hollywood pool, Scott starred in dozens of international productions and is best remembered for playing Tarzan in six feature films between 1955 and 1960.

Action | Disaster | Fantasy | Science-Fiction | Suspense | Thriller
This product is made-on-demand by the manufacturer using DVD-R recordable media. Almost all DVD players can play DVD-Rs (except for some older models made before 2000) - please consult your owner's manual for formats compatible with your player. These DVD-Rs may not play on all computers or DVD player/recorders. To address this, the manufacturer recommends viewing this product on a DVD player that does not have recording capability.