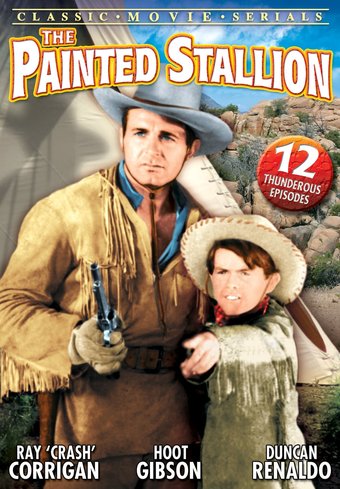 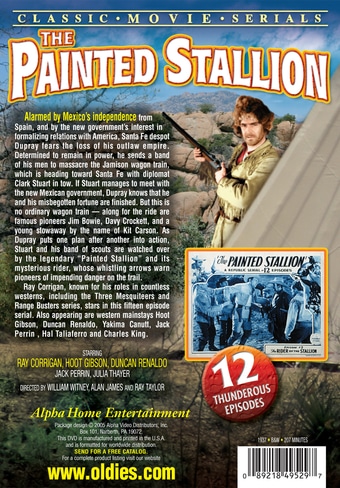 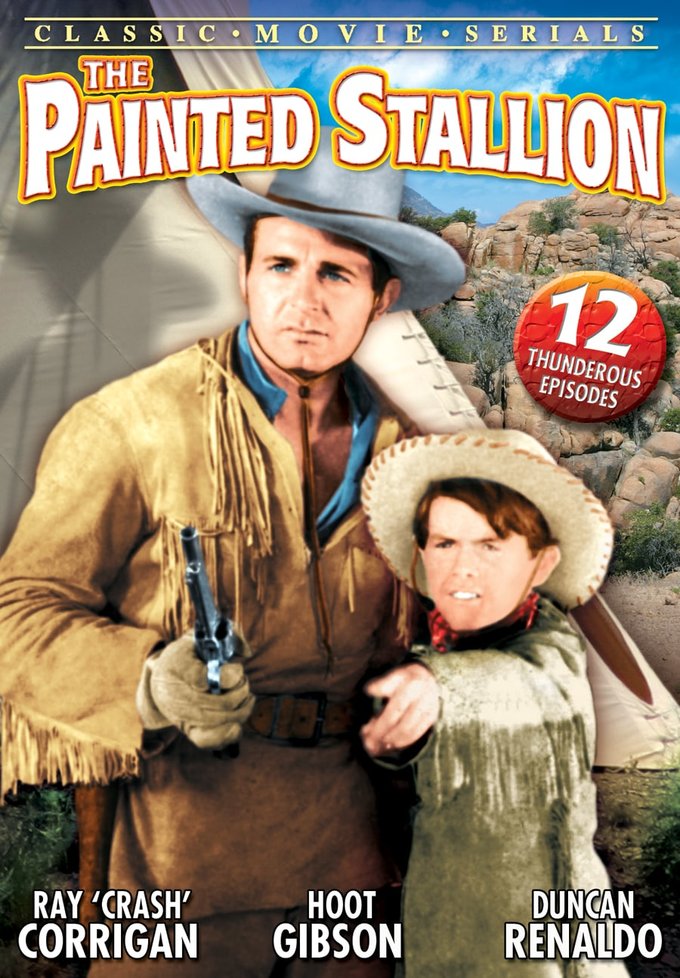 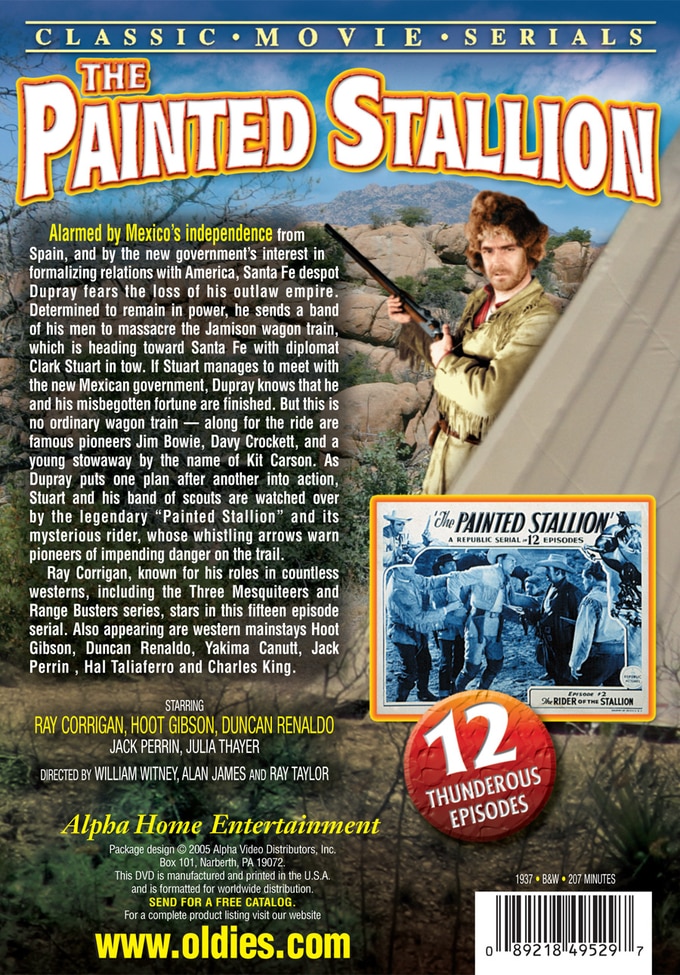 Alarmed by Mexico's independence from Spain, and by the new government's interest in formalizing relations with America, Santa Fe despot Dupray fears the loss of his outlaw empire. Determined to remain in power, he sends a band of his men to massacre the Jamison wagon train, which is heading toward Santa Fe with diplomat Clark Stuart in tow. If Stuart manages to meet with the new Mexican government, Dupray knows that he and his misbegotten fortune are finished. But this is no ordinary wagon train - along for the ride are famous pioneers Jim Bowie, Davy Crockett, and a young stowaway by the name of Kit Carson. As Dupray puts one plan after another into action, Stuart and his band of scouts are watched over by the legendary "Painted Stallion" and its mysterious rider, whose whistling arrows warn pioneers of impending danger on the trail.

With Indians on the warpath and trouble brewing in Mexico, an unknown hero on a painted stallion helps government agent Clark Stuart lead a wagon train safely through the Santa Fe Trail. The adventures of western legends Jim Bowie, Davy Crockett, Kit Carson, and a mysterious "guardian angel" in Indian garb who always materializes just in time to help them out of a scrape. Contains 12 chapters of this action serial.

A 12-part serial about the adventures of western legends Jim Bowie, Davy Crockett and Kit Carson head -- and a mysterious "guardian angel" in Indian garb who always materializes just in time to help them out of a scrape.

Adventure | Indians | Serial | Cowboys | Legends
This product is made-on-demand by the manufacturer using DVD-R recordable media. Almost all DVD players can play DVD-Rs (except for some older models made before 2000) - please consult your owner's manual for formats compatible with your player. These DVD-Rs may not play on all computers or DVD player/recorders. To address this, the manufacturer recommends viewing this product on a DVD player that does not have recording capability.