A curmudgeonly grouch tries to upset a romance between two young lovers. 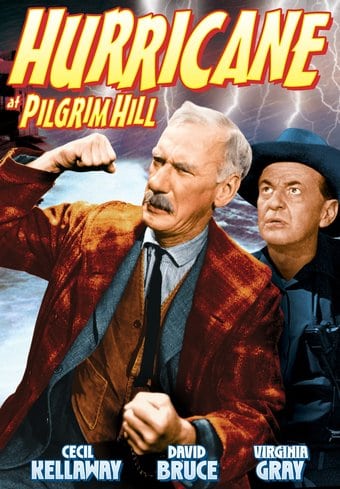 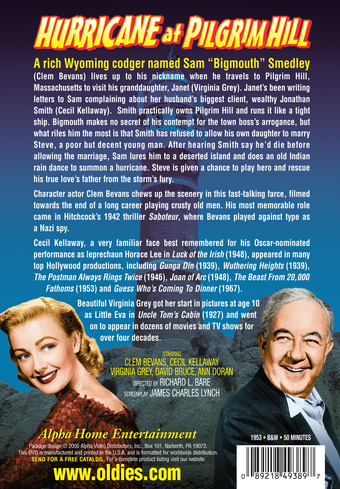 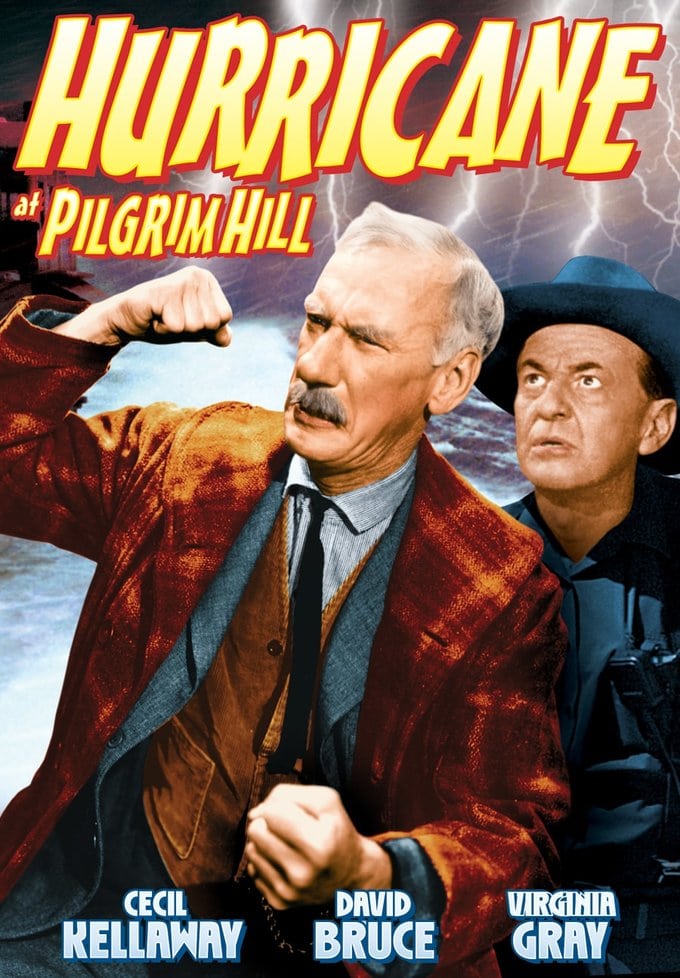 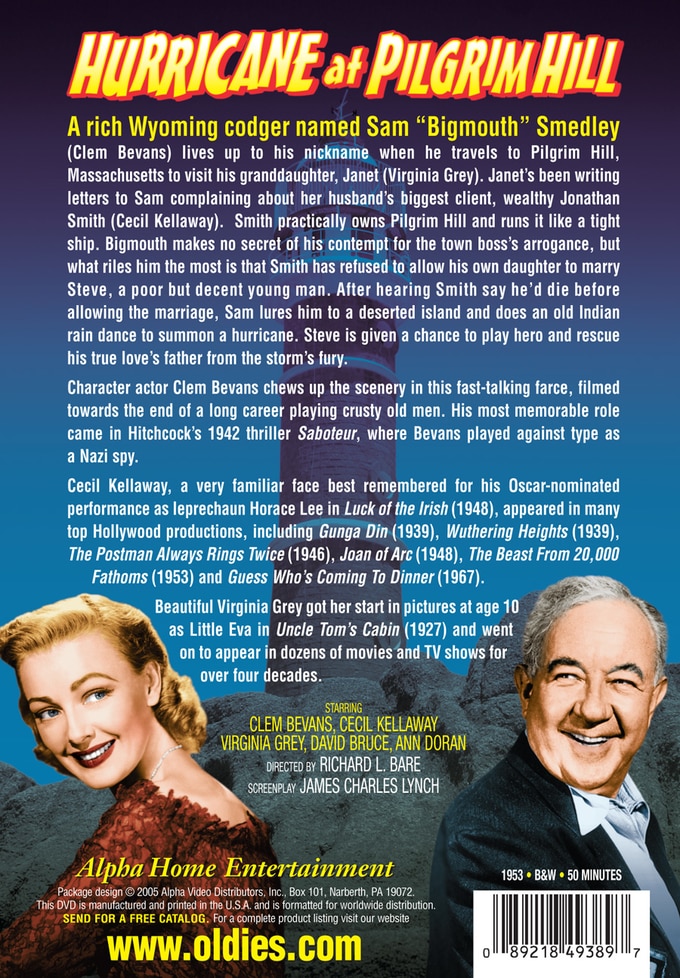 A rich Wyoming codger named Sam "Bigmouth" Smedley (Clem Bevans) lives up to his nickname when he travels to Pilgrim Hill, Massachusetts to visit his granddaughter, Janet (Virginia Grey). Janet's been writing letters to Sam complaining about her husband's biggest client, wealthy Jonathan Smith (Cecil Kellaway). Smith practically owns Pilgrim Hill and runs it like a tight ship. Bigmouth makes no secret of his contempt for the town boss's arrogance, but what riles him the most is that Smith has refused to allow his own daughter to marry Steve, a poor but decent young man. After hearing Smith say he'd die before allowing the marriage, Sam lures him to a deserted island and does an old Indian rain dance to summon a hurricane. Steve is given a chance to play hero and rescue his true love's father from the storm's fury.

Character actor Clem Bevans chews up the scenery in this fast-talking farce, filmed towards the end of a long career playing crusty old men. His most memorable role came in Hitchcock's 1942 thriller Saboteur, where Bevans played against type as a Nazi spy.

Cecil Kellaway, a very familiar face best remembered for his Oscar-nominated performance as leprechaun Horace Lee in Luck of the Irish (1948), appeared in many top Hollywood productions, including Gunga Din (1939), Wuthering Heights (1939), The Postman Always Rings Twice (1946), Joan of Arc (1948), The Beast From 20,000 Fathoms (1953) and Guess Who's Coming To Dinner (1967). Beautiful Virginia Grey got her start in pictures at age 10 as Little Eva in Uncle Tom's Cabin (1927) and went on to appear in dozens of movies and TV shows for over four decades.

A cantankerous old character blows into town to visit his unfortunate son.