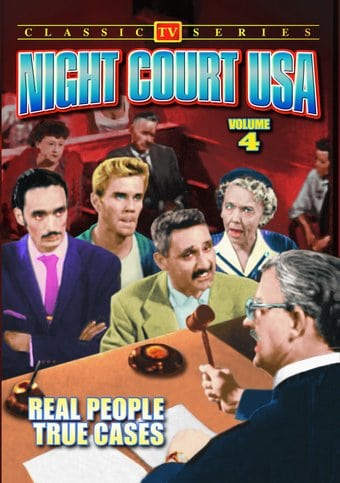 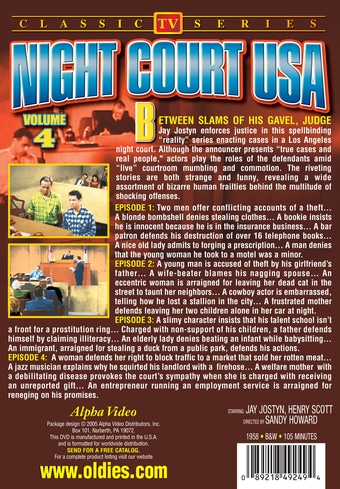 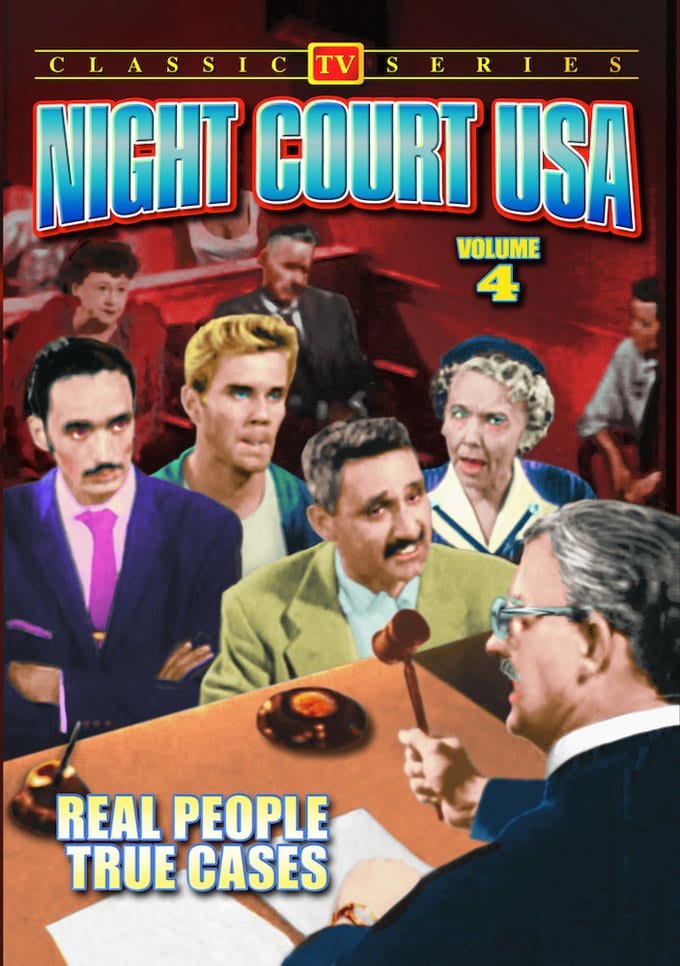 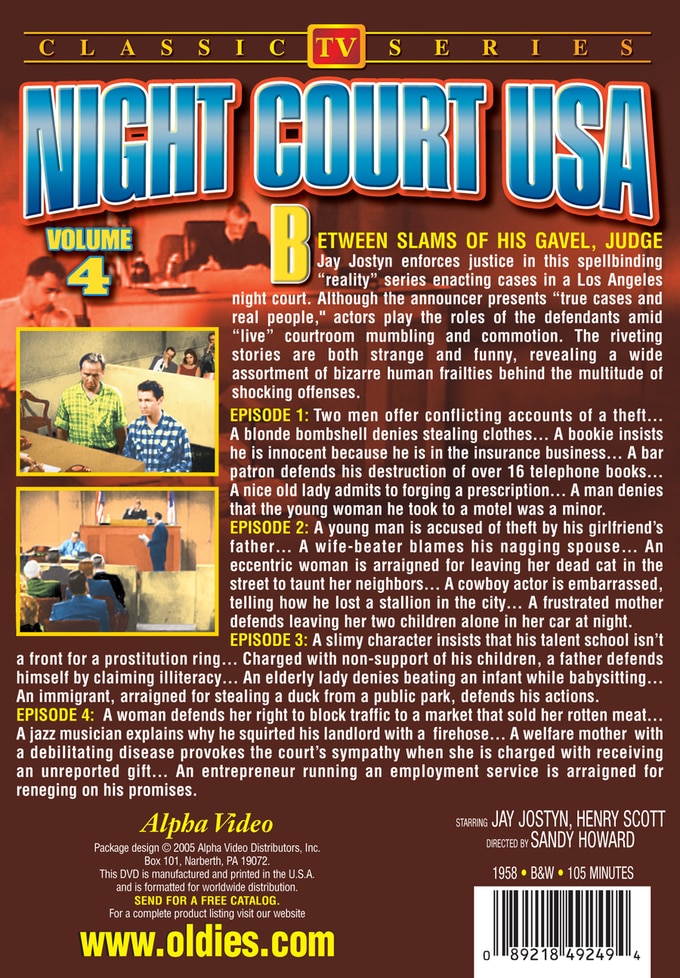 Episode 1: Two men offer conflicting accounts of a theft. A blonde bombshell denies stealing clothes. A bookie insists he is innocent because he is in the insurance business. A bar patron defends his destruction of over 16 telephone books. A nice old lady admits to forging a prescription. A man denies that the young woman he took to a motel was a minor.

Episode 2: A young man is accused of theft by his girlfriend's father. A wife-beater blames his nagging spouse. An eccentric woman is arraigned for leaving her dead cat in the street to taunt her neighbors. A cowboy actor is embarrassed, telling how he lost a stallion in the city. A frustrated mother defends leaving her two children alone in her car at night.

Episode 3: A slimy character insists that his talent school isn't a front for a prostitution ring. Charged with non-support of his children, a father defends himself by claiming illiteracy. An elderly lady denies beating an infant while babysitting. An immigrant, arraigned for stealing a duck from a public park, defends his actions.

Episode 4: A woman defends her right to block traffic to a market that sold her rotten meat. A jazz musician explains why he squirted his landlord with a firehose. A welfare mother with a debilitating disease provokes the court's sympathy when she is charged with receiving an unreported gift. An entrepreneur running an employment service is arraigned for reneging on his promises.