Q: 4 Stars - Excellent - "...His tone is full, his phrasing is confident and his technique umimpeachable. One to watch...." 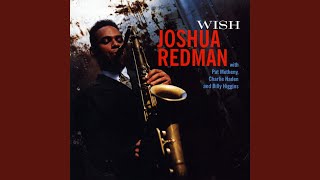 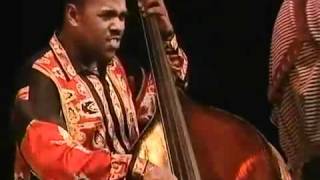 Q - 1/94, p.102
4 Stars - Excellent - "...His tone is full, his phrasing is confident and his technique umimpeachable. One to watch...."
Down Beat - 11/93, p.37
4.5 Stars - Very Good/Excellent - "...The smoky, full-bodied tone of Joshua Redman's tenor saxophone goes straight to the soul, but credit his passionate and eloquent playing for making this, his sophomore effort, an unequivocal success...."
Vibe - 11/93, p.112
"...WISH [is] a healthy mix of bebop and blues with doses of Afro-Latin and pop....Redman is not afraid to continue the jazz tradition of interpreting contemporary pop tunes..."
Audio Magazine (12/93, p.112) - Sound: A / Performance: B+ - "...Evidence that Joshua Redman's career is now on the right track can be found in his sound. Smooth and assured, it allows him to drop references and project an emotional honesty far beyond his years...."

Personnel: Joshua Redman (tenor saxophone); Pat Metheny (acoustic & electric guitars); Charlie Haden (acoustic bass); Billy Higgins (drums).
Recorded at Power Station and live at The Village Vanguard, New York, New York.
Joshua Redman's sophomore effort found him leading a piano-less quartet that also included guitar great Pat Metheny and half of Ornette Coleman's trailblazing late-'50s/early-'60s quartet: acoustic bassist Charlie Haden and drummer Billy Higgins. With such company, Redman could have delivered a strong avant-garde or free jazz album; Haden and Higgins had played an important role in jazz's avant-garde because of their association with Coleman, and Metheny had himself joined forces with Coleman on their thrilling Song X session of 1985. But Wish isn't avant-garde; instead, it's a mostly inside post-bop date that emphasizes the lyrical and the introspective. The musicians swing hard and fast on Charlie Parker's "Moose the Mooche," but things become very reflective on pieces like Redman's "The Undeserving Many" and Metheny's "We Had a Sister." One of the nice things about Redman is his ability to provide jazz interpretations of rock and R&B songs. While neo-conservatives ignore them and many NAC artists simply provide boring, predictable, note-for-note covers, Redman isn't afraid to dig into them and show their jazz potential. In Redman's hands, Stevie Wonder's "Make Sure You're Sure" becomes a haunting jazz-noir statement, while Eric Clapton's ballad "Tears in Heaven" is changed from moving pop/rock to moving pop-jazz. The latter, in fact, could be called "smooth jazz with substance." Some of bop's neo-conservatives disliked the fact that Redman was playing with two of Coleman's former sidemen and a fusion icon like Metheny, but then, Redman never claimed to be a purist. Although Wish isn't innovative, it's an appealing CD from an improviser who is willing to enter a variety of musical situations. ~ Alex Henderson