Spin: "[I]t's all about the melancholy rafter-reaching, like Coldplay on their darkest day. The title track chugs menacingly before swelling into a sunlit chorus..." 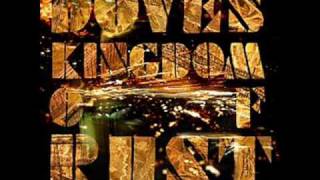 Rolling Stone - p.70
3 stars out of 5 - "Doves deliver gorgeous, sonically adventurous tunes dappled with strings, droning guitars, Radiohead-ish atmospherics and singer Jimi Goodwin's longing tales..."
Spin - p.78
"[I]t's all about the melancholy rafter-reaching, like Coldplay on their darkest day. The title track chugs menacingly before swelling into a sunlit chorus..."
Uncut
4 stars out of 5 -- "[P]erhaps the definitive Doves album, one steeped in the euphoric misery of old, but which explores the band's adventurous side to stunning effect..."
Alternative Press - p.121
4 stars out of 5 -- "Their trademark melancholic tunes are intact, while 'The Outsiders' proves the downer dudes can actually kick out a jam."
Pitchfork (Website) - "[Doves have an] unwavering flair for producing mountainous, Wembley-worthy pop anthems that are nonetheless invested with a palpable degree of grace and humility."
Clash (Magazine) (p.111) - "Early suspicions of greatness are confirmed...with the rebellious 'The Outsiders' with its piercing thunderous bass, followed by 'Winter Hill,' which suitably brims with Doves' trademark soundscape largesse."